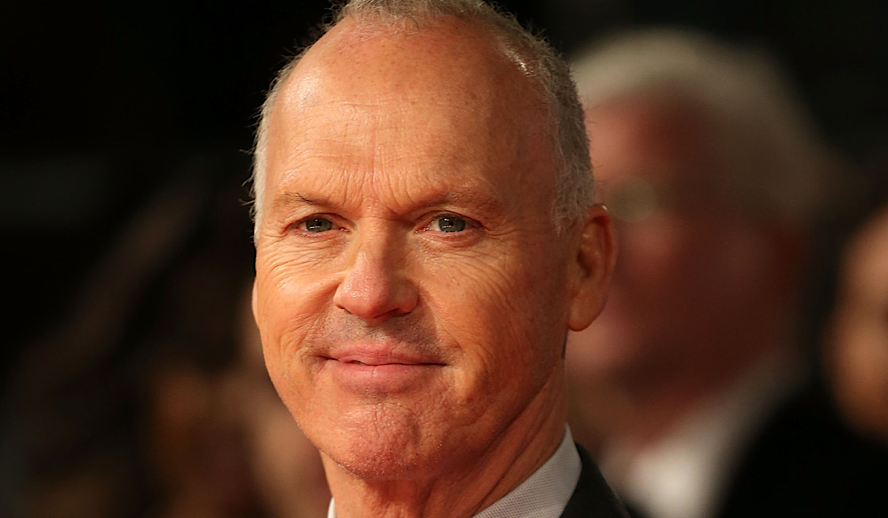 Michael Keaton – An Icon of His Generation

Congratulations to Michael Keaton on winning the SAG Award for Outstanding Male Actor in a TV Movie or Miniseries for ‘Dopesick’ which he dedicated to his nephew as he had lost his life to Fentanyl overdose. We are proud of you Michael!

Actor Michael Keaton has graced the silver screen in iconic and memorable roles that have supplanted their place in pop culture for the better part of the last four decades. Keaton, after his breakout role in ‘Mr. Mom’, quickly gained traction in multiple genres. While many actors spend years in search of that one career-defining role, Keaton has defined and redefined his career again and again continuing to prove doubters wrong and solidify his place in the pop-culture pantheon. After decades of success, it is only fitting to pay homage to Keaton’s most memorable performances — as many of his most iconic roles fall into one of four categories, exploring Keaton’s filmography one genre at a time will allow for the most efficient method of walking through the talented actor’s expansive work throughout his career.

In 1982, Keaton’s breakout role ‘Mr. Mom’ released to theaters to both critical and audience praise. Starring alongside now legends such as Jeffery Tambor and Christopher Lloyd, Keaton portrays a man entering the new role of stay-at-home dad, struggling mightily. Keaton is genuinely hilarious in the film and perfectly plays off his co-stars. While his incredible comedic timing is of course the highlight, hidden behind that is a clear talent and acting ability that would soon be on full display as he shifted from genre to genre. Keaton’s next comedy would come in the form of ‘Johnny Dangerously’, a cheesy, mobster comedy. Yet again, Keaton shines in the lead role, capitalizing on the camp and silly charm of the film in his over-the-top performance.

What would become another one of Keaton’s most iconic roles would be his performance as the titular character in the classic 1988 horror-comedy, ‘Beetlejuice’. Perhaps his most outlandish performance, Keaton is electric as the malicious spirit Betelgeuse as he tricks a newly deceased couple into hiring him to drive out the family that moved into their house. In a crowded cast including Alec Baldwin and Catherine O’Hara, it is all the more noteworthy that Keaton is far and away the standout of the film combining expert comedic timing with his iconic Betelgeuse voice. The film would go on to be adapted into a Broadway musical. One of Keaton’s more modern comedic roles would come in the form of the Will Ferrell and Mark Wahlberg-led comedy, ‘The Other Guys’, where Keaton portrays a police captain. Despite being cast around a comedy legend in Ferrell, Keaton is an absolute scene-stealer as the stressed police captain standing out in scenes such as when he must very quietly break up a fight at a funeral.

Keaton has starred in many blockbuster hits throughout his career, namely his performance as the Batman in Tim Burton’s 1989 film, ‘Batman’. Starting opposite Jack Nicholson portraying the Joker, Keaton is excellent in the role of Bruce Wayne bring the swagger, darkness, and a bit of that over-the-top Keaton charm to the role. Despite many naysayers at the time of his casting, Keaton is still regarded as many people’s favorite Batman and would reprise the role in ‘Batman Returns’ alongside Danny DeVito and Michelle Pfieffer. Keaton aims to return to the iconic role in 2022’s ‘The Flash’ starring Ezra Miller.

Recently, Keaton has starred in several notable blockbuster films such as the 2014 ‘Robocop’ reboot starring Joel Kinnaman, the ‘Need For Speed’ adaptation that starred Aaron Paul, and the Dylan O’Brien action film ‘American Assassin’. While each of these films was met with varying degrees of success, the performance of Keaton was universally praised in all of them. Keaton’s most iconic recent blockbuster performance came in the form of portraying the Vulture, the antagonist, in the Marvel Cinematic Universe film ‘Spider-Man: Homecoming’. Starring opposite Tom Holland, Keaton played an everyman hell-bent on getting even with billionaires like Robert Downey Jr.’s Tony Stark. Keaton’s performance is intense and compelling and is regarded as one of the most engaging villains in the MCU to date. Keaton will reprise the role of the Vulture in the 2022 ‘Morbius’ film that will also star Jared Leto.

Over the years, Keaton has established a fairly successful career as a voice actor in live-action and animations geared towards families. One of his earlier family films was the Holiday film ‘Jack Frost’, where, after a tragedy, Keaton returns to his family as a snowman. While the film was met with mixed to negative reviews, it resonated well with children and families of the time becoming a holiday staple in the early 2000s. Keaton has appeared in several Pixar films such as ‘Cars’, as antagonist Chick Hicks, opposite the voice talents of Owen Wilson and ‘Toy Story 3’ playing Barbie’s love interest Ken. Keaton also lent his voice talents to the animated ‘Minions’ film portraying Walter Nelson opposite stars such as Sandra Bullock and Jon Hamm.

In between his many appearances in genre films, Keaton made several appearances in high-profile dramas. One of Keaton’s earliest dramatic performances came in the form of ‘One Good Cop’ which also starred Rene Russo. Keaton would also appear in the star-studded adaptation of William Shakespeare’s play ‘Much Ado About Nothing’ from director Kenneth Branagh also starring Keanu Reeves and Emma Thompson. The same year, Keaton starred opposite Nicole Kidman in ‘My Life’ portraying a terminally ill man preparing for the end of his life. Keaton gives a memorable and emotionally impactful performance that deserves to stand out more — with mixed reactions from audiences and critics, Keaton’s performance in the film often gets overlooked. In 1997, Keaton starred in the widely successful and poignant Quentin Tarantino film ‘Jackie Brown’ opposite Sam Grier and Samuel L. Jackson.

Starting in 2014, Keaton began a bit of a resurgence in dramatic roles starting with the Academy Award-winning ‘Birdman or (The Unexpected Virtue of Ignorance)’. The film put Keaton in a self-reflective role, as an actor known for playing an iconic superhero whose seemingly best years were behind him. Despite an A-list cast that included Emma Stone and Edward Norton, slick directing from filmmaker Alejandro G. Iñárritu, and expert cinematography, Keaton stands out as the highlight of the film giving a gripping performance that feels incredibly real — Keaton’s performance earned him an Oscar Nomination for Best Actor. Keaton would continue to star in Oscar-worthy dramas such as ‘Spotlight’, which won Best Picture, as well as ‘The Founder’.

Most recently, Keaton gave a small but impactful performance in the Aaron Sorkin film ‘The Trail of the Chicago 7’ as well as starred in the gripping legal drama ‘Worth’ that deals with the legal ramifications of the September 11th Attacks. In each film, Keaton delivers a unique performance, elevating the film and the performers around him.

Throughout his career, Keaton continued surprising audiences by diving into new genres that he had not tapped into yet. Again and again, he defined and then redefined himself and his career — whether it is as a comedic force, a superhero, a voice actor, or an Oscar contender, Keaton feels right at home and where he is meant to be: continuing to give memorable, impactful performances proving time and time again his merit as one of the greatest actors of his generation.

What’s Next For Michael Keaton

Be on the lookout for Michael Keaton’s next projects ‘Morbius’ starring Jared Leto as well as ‘The Flash’, starring Ezra Miller, where he will be reprising his role of Batman.