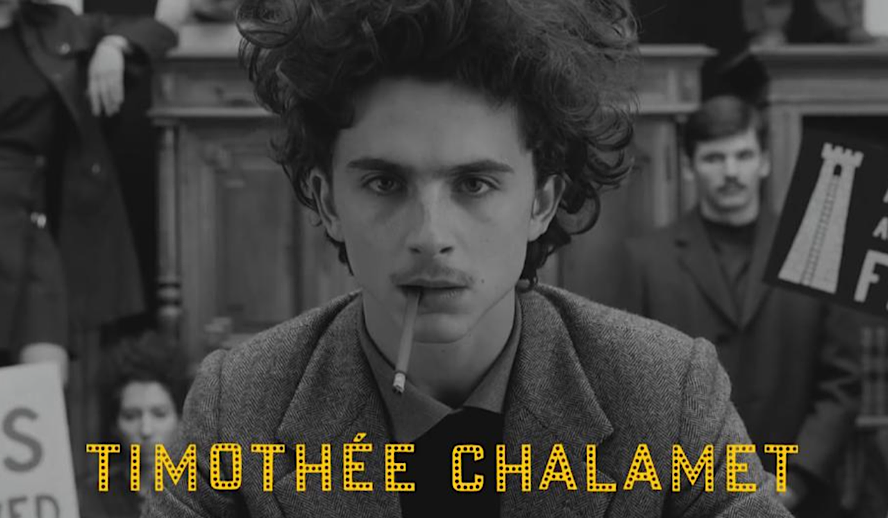 Photo: ‘The French Dispatch’ is one of the best Cannes 2021 movies/Searchlight Pictures

The Cannes Film Festival has officially wrapped up its 2021 bill. The festival went off without a hitch although many (myself included) thought the ongoing pandemic would greatly affect the prodigious gathering of cinema. This year’s slate was up in the air until very recently however, Wes Anderson, Julia Ducournau, Leos Carax, Tilda Swinton (in four different films), and Adam Driver all came together to headline this year’s affair. Now we will be listing, giving a brief synopsis, crediting those involved, and enumerating awards won at Cannes (if applicable) for the 5 most anticipated films debuting there this year.

There were 24 feature films that participated in the Jury Competition at the 74th Cannes Film Festival so, if your most highly anticipated film isn’t on the list, fret not. This is a subjective list, obviously, as choosing favorites from a larger group is a rather contentious endeavor no matter what medium you are observing. This is but one opinion in a sea of opinions, so I would love to hear some different perspectives and start a dialogue/discourse about what you are excited for!

With that being said, let’s jump into the titles – here are the 5 Best Cannes 2021 movies:

Named after a type of highly resistant metal adverse to heat and corrosion, ‘Titane’ is a mystery/crime/thriller about a father reuniting with his long-lost son after a 10-year absence following a spree of crimes.

There is an ocean of excitement for this title. Claiming the Palm d’Or for best picture at the festival is an absolutely massive achievement and distribution company Neon has been on a rampage putting out hit film after hit film since 2020 (‘Pig’, ‘Memoria’, ‘Flee’, ‘Ammonite’, ‘I, Tonya’) easily making it the hottest distribution company since A24 first burst onto the scene. Alongside the distribution and award hype, director Julia Ducournau is already a cult icon at the young age of 37. Her debut feature film ‘Raw’ is widely considered one of the best horror movies in recent years and one of the best films of 2016, altogether. She is setting herself up to be the biggest female name in filmmaking alongside the likes of Greta Gerwig and the late Agnes Varda.

This list would be wholly incomplete and laughably out of touch without mentioning ‘The French Dispatch.’ Director Wes Anderson is one of the biggest names in modern filmmaking. With masterpiece titles ‘The Grand Budapest Hotel’ and ‘Fantastic Mr. Fox’ under his belt his name has never been hotter than it is today. ‘The French Dispatch,’ is a vignette-style film with three unique narratives comprising a larger picture about a publication company highlighting the three best stories from the last decade. This is a new and interesting narrative structure and surely will be one of the most controversial films coming out of this year’s festival.

The vignette plot structure also allows Anderson to utilize his signature ensemble cast to an effect never quite seen before in any film in history. This is easily the most star-studded and impressive cast list I have ever seen and may ever see in my life. It will be exciting to see how Anderson utilizes such a diverse and talented team of actors. I have no doubt about his directorial strength as he is widely regarded as one of the best actor directors in the business today.

I’m sure those titles listed in that quote ring at least a few bells, as well. ‘Tangerine’ was the hit film about transgender sex workers filmed entirely on an iPhone that stole the hearts of critics worldwide and garnered awards attention in 2015. ‘The Florida Project’ achieved superstardom in 2017 (one of the best years for cinema in the 2010s) and claimed BAFTA, Golden Globe, and Academy Award nominations as well as being chosen by the American Film Institute as one of the top 10 films of the year.

‘Memoria’ is an impenetrable arthouse film that prides itself on its slow pace and intense emotional intelligence. This is the high-concept cinephile’s wet dream. Led by the amazing and awe-inspiring Tilda Swinton, who is given free rein to use all of their god-like abilities in one of the most well-done directorial efforts in recent times. Director Weerasethakul is a master of his craft. He already claimed a Palm d’Or in 2010, a Jury Prize in 2004, and the highest placement in the coveted Un Certain Regard in 2002.

If you want a traditional plot synopsis (This is somewhat frivolous as ‘Memoria’ really is plotless and is more aptly described as poetry via image) an orchid farmer visits a sick relative in Bogota and is plagued by an increasingly potent bump in the night, every night. They befriend a musician and an archaeologist and observe a century-long excavation under the Andes mountains. This is my most anticipated release of 2021/2022.

‘Annette’ has stolen headlines already for its over-the-top premise and boisterous championing of the said premise. The film is a romantic musical about a stand-up comedian and a world-famous singer. The two make a perfect couple in the limelight and eventually give birth to a child who will change their lives forever. Directed by French filmmaker Leos Carax, who won Best Director for ‘Annette’ this year, has an extremely impressive filmography boasting masterpiece titles such as ‘Holy Motors’ and ‘The Lovers on the Bridge’. Carax is an exceptional director but also an outlandish personality which only boosts the anticipation for his newest picture.

‘Annette’ is led by Adam Driver who has become one of the world’s biggest stars in recent years after the success of ‘Marriage Story’ and the newest additions to the ‘Star Wars’ franchise. Co-star Marion Cotillard is certainly no slouch, either. ‘Inception’, ‘The Dark Knight Rises’, ‘Big Fish’, ‘Midnight in Paris’ are the highlights of their career thus far, a vastly impressive feat, to say the least. With the star power of its leading characters and the persona that is Leos Carax, ‘Annette’ is certainly one of the biggest titles in 2021, even outside of Cannes.