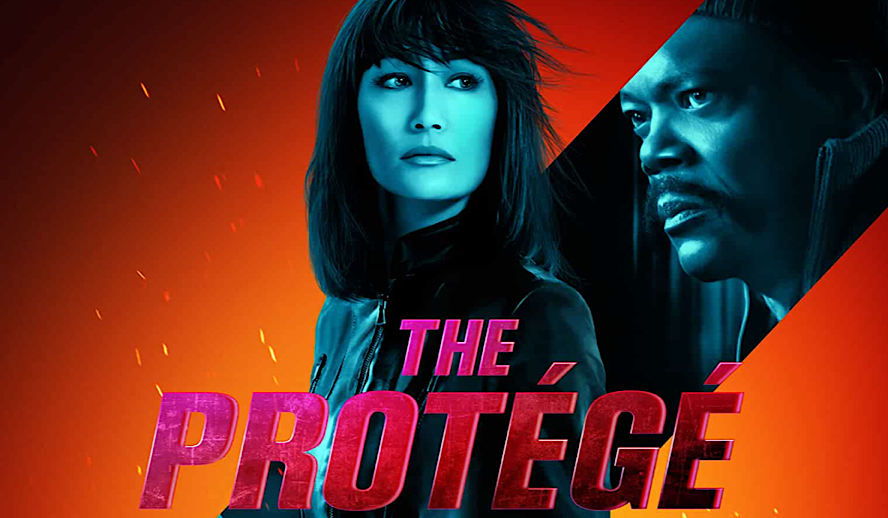 With a star-studded and charming ensemble cast, ‘The Protégé’ should have been an easy home run. Michael Keaton, Samuel L. Jackson, Maggie Q, all legitimate A-list stars who, in their own rights, put forth endearing performances in the most recent addition to Martin Campbell’s top-heavy filmography. However, a myriad of narrative missteps and genre cliches relegates ‘The Protégé’ to the bargain bin of the shoot-em-up genre.

In recent years, there has been a plethora of neon-soaked, gun-running blockbusters hitting the silver screen, ‘The Guest’, ‘Atomic Blonde’, ‘Gunpowder Milkshake’, ‘Birds of Prey’, and most notably, ‘John Wick.’ Most of these films are blatant Wick duplicates and that’s not necessarily a bad thing, some of these movies work, some of them don’t. But there are certainly a few things these films all have in common: Gratuitous violence taking precedence over narrative structure, impressive set pieces, and a hyper-stylized visual style.

‘The Protégé’ certainly has these tropes but something about its execution feels more tired than usual. Its violence isn’t that gratuitous, its set pieces are less than awe-inspiring, and it’s assuredly not the most stylish action film I’ve ever seen. ‘The Protégé’ is but another example in a long string of contrived action knock-offs, but it’s not the worst knock-off at that (But it’s far from the best, too).

‘The Protégé’ – The Plot

Anna (Maggie Q) is, as hinted by the title, the protégé to international hit-man Moody (Samuel L. Jackson). Anna was rescued from Da Nang, Vietnam at a young age by Moody after she murdered a number of soldiers when they butchered her family before her eyes. Obviously, this has instilled a sense of duty and obligation for her to serve and protect Moody at all costs. Thus, when Anna discovers Moody’s corpse with a shotgun wound to the head she sets off on a mission to avenge her fallen master at any cost.

This calling leads Anna on an international excursion following money, clues, and trails of blood through much of the eastern Hemisphere. After a meeting goes awry with a Capitalist CEO, Anna is captured, imprisoned, and tortured until an enigmatic bad guy, Rembrandt (Michael Keaton), intervenes and cares for her. In a daring and admittedly well-choreographed fight scene, Anna escapes the compound and a sexually charged game of cat and mouse ensues as Anna and Rembrandt unravel the mystery of who is Moody’s killer and why they forsake him.

It Could Be Worse

There is not much separating ‘The Protégé’ from the seemingly endless heap of garbage action shooter flicks. But there is something that is charming about the film; amidst the cliched and nonsensical script, the actors flourish – all three of the leads do a great job making their roles endearing yet inscrutable. Maggie Q is striking, between her inescapable beauty and commanding presence, the screen is indomitably hers, focused and captivated by her presence at all times. As a veteran of the action flick genre with ‘Nikita’, ‘Divergent’, ‘Mission: Impossible III’, and ‘Live Free or Die Hard’ it’s great to see the traditionally ensemble performer get her chance and the limelight and really seize it.

As for Michael Keaton, I’m not sure there is anything the Pittsburgh native can’t do. From starring in Arthouse, high concept films like ‘Birdman or (The Unexpected Virtue of Ignorance)’ to Marvel Blockbusters like ‘Spider-Man: Homecoming’ all the way to the Tim Burton classic ‘Beetlejuice’ Keaton has shown the ability to absolutely nail any role bestowed upon him. As for his role in ‘The Protégé’, Keaton steals the show. He exudes confidence and swagger, demonstrating his suave charm that comes to him so effortlessly. He is funny, witty, and provides some great banter alongside Maggie Q, playing an excellent foil.

However, his performance is undermined by some… interesting narrative choices. In a bizarre twist about halfway through the film, there is a development that hits some of the same notes as the Brad Pitt and Angelina Jolie film ‘Mr. & Mrs. Smith’. The one distinct difference is Brad Pitt was in the thralls of his sizzling heart-throb phase whereas Keaton is a 70-year-old man. These two demographics do not equate. Other than this questionable character choice Keaton is the highlight of the film playing a perfect second fiddle to the powerful Maggie Q.

The last but not least impressive performance comes from the always reliable (Even if only motivated by a nice chunk of change) Samuel L. Jackson. Jackson is only in the film for about 15 minutes but he does a lot with the time he does have. Very much in the same vein as his all-time great performance in Tarantino’s ‘Pulp Fiction’, Jackson has some impressive soliloquies on the difference between evil and corrupt that really bring the finale all together. Ultimately, the cast does a really good job salvaging what a lesser cast would’ve botched miserably and likely save the entire picture from total and complete obscurity.

It Could Be Better

At the end of the day, ‘The Protégé’ is not a great movie. It’s serviceable, it’s inoffensive, it’s about everything you would or could possibly expect from its minuscule marketing push and questionable release date. It is however a movie you will not be upset if you decide to go to a theater with friends or family on the weekend, you will likely actually enjoy parts of it, but you certainly could do better. This is one of those movies that you feel like you’ve seen a dozen times already but for some reason, it’s still kind of entertaining, this is likely because of the source material; it’s that gratuitous violence mentioned earlier among gorgeous locations that can seemingly entertain no matter what. When all is said and done, ‘The Protégé’ is not the best movie you could see this year, hell, it’s not even the best movie in theaters currently; but it is a decent time and I am sure many will find it a fun, enjoyable experience.