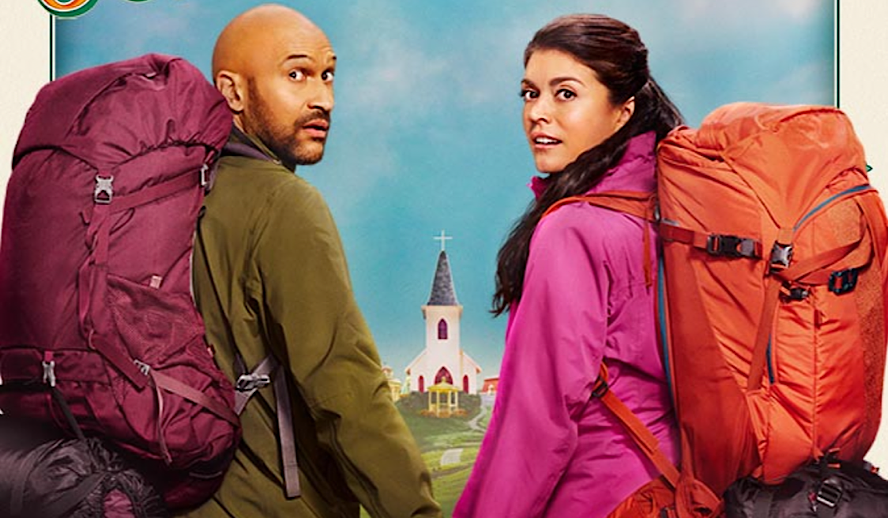 What to Expect From Apple’s Wild New Musical Series

In recent times, Apple TV+ has been known to deliver ravishing new content such as Jennifer Anniston’s ‘The Morning Show’, the hilarious ‘Ted Lasso’ and the skin-crawling drama, ‘Defending Jacob’, just to name a few. On July 16, Apple TV+ rolled out their newest comedy series ‘Schmigadoon!’ which is unlike anything I’ve seen on Apple TV to date, and quite frankly unlike anything I’ve seen…ever. The six-episode limited series follows Josh (Keegan-Michael Key) and Melissa (SNL actress Cecily Strong) as they embark on a backpacking trip in an attempt to revive their crumbling relationship. As the trip continues to go sideways, they stumble into a magical town where everyone is seemingly stuck in a broadway musical, often breaking out into elaborate song and dance numbers.

Josh and Melissa soon realize that they cannot leave this whimsical town until the two of them find true love. While Melissa seems to be enjoying every second of their time in Schmigadoon, considering she is a big musical theater fan, her counterpart Josh anxiously awaits the opportunity to find his way out, majorly uncomfortable with those around him breaking out into choreographed numbers every few minutes. As if their lives weren’t already complicated enough, the two’s relationship becomes extremely tested once they get to know some of the incredibly charming and attractive people that live in this fairytale land.

In an in-depth interview with Variety, one of the show-runners, Cinco Paul, expressed what the show is truly aiming at when connecting with its viewers, “The idea was that both of them [Josh and Melissa] need to be better people in order to make this relationship work and that being in a musical is going to be helpful for both of them. For Josh, it’s pretty clear that he’s closed off emotionally and he’s more aloof, and being in a musical where people are singing their feelings is pushing him towards something that he’s very uncomfortable with but ultimately needs to open himself up to.

And then for Melissa, she has this unrealistic fantasy version of what love should be, and when you’re thrust into the fantasy sometimes you get a better understanding of how this isn’t ideal; it’s ‘be careful what you wish for.’ And so, both of them really, by being stuck in this musical, are forced to reappraise their lives and how they are treating each other and what their ideas of love are.”

‘Schmigadoon’ – The Inspiration Behind the Series

The idea stemmed from the premise of the 1947 Broadway musical ‘Brigadoon’ which was later made into a feature film in 1954 of the same name starring Gene Kelly, Van Johnson, and Cyd Charisse. ‘Schmigadoon!’ Created by the writing duo behind ‘Despicable Me’, Cinco Paul and Ken Daurio, the show plays homage to Paul’s adoration for golden-age musicals, ensemble casts, and large choreographed numbers. Surprisingly enough, however, Cinco Paul had never seen the play nor the film when creating the series. In the same interview with Variety, Paul spoke on tackling the parody genre, “I love musicals with all my heart and I didn’t want to take cheap shots or be mean.

But it’s also fun to poke and prod at the thing,” Paul says. “I was shooting for the highest form of parody — an elevated parody.” Paul also shared that he had been sitting on this idea for over two decades and over time his premise changed with the evolving nature of film and television. In the first-look interview with Deadline, he shared, “I had the idea for this over 20 years ago, but I had no idea what it should be. And then when the TV landscape changed and Ken and I were ready to move out of animation, it suddenly made sense.” He continued, “The big key was it had always been two guys stumbling upon a musical. And then I said, let’s make it a couple and they’re stuck there until they can find true love. That’s when it really clicked for me.”

Fans will be delighted to see numerous familiar Broadway faces that pop up in each episode. Some of these faces include Alan Cumming who plays the overly welcoming Mayor Menlove of the fictitious town, Tony-nominated Aaron Tveit is the town’s bad boy, and Cecily Strong’s potential new love interest. Dove Cameron plays the overly flirtatious farmer girl Betsy McDonough who aims to seduce Keegan-Michael Key’s character. Cameron mentioned that she and Key created a special friendship on set, stating he was the last person she thought she’d befriend on set but by the end of the shoot were best buddies. Let’s also not forget the Emmy and Tony-winning Kristen Chenoweth who plays the evil wife to Schmigadoon’s leader.

What the cast and crew felt was extremely special about their time on the set of ‘Schmigadoon!’ was the fact they could create an essentially Broadway-like production during a grim time where Broadway and all of New York was shut down due to the pandemic. This is probably a large reason as to how this series was able to nab so many huge musical-theater stars since all of their on-stage opportunities had been temporarily halted. In an interview with The Oklahoman, Chenoweth explained, “It’s been really hard for those of us who are live artists. I miss the audience. I miss that feeling. Zoom has been, obviously, a gift, but Broadway is down. So, basically, my family is out of work.”

Thankfully for those artists and fans of Broadway, ’Schmigadoon!’ is here to fill any of your musical-theater voids. Jam-packed with original songs Cinco Paul wrote for the series (which are bound to get stuck on a loop in your head), over the top musical numbers, committed acting performances, and many laughs delivered by Key and Strong, this show is one you’re not going to want to miss. This is also coming from a person who normally isn’t the biggest musical-theater fan, however, this show is so off-beat and like nothing I’ve quite seen before, it is certainly worth giving a shot.