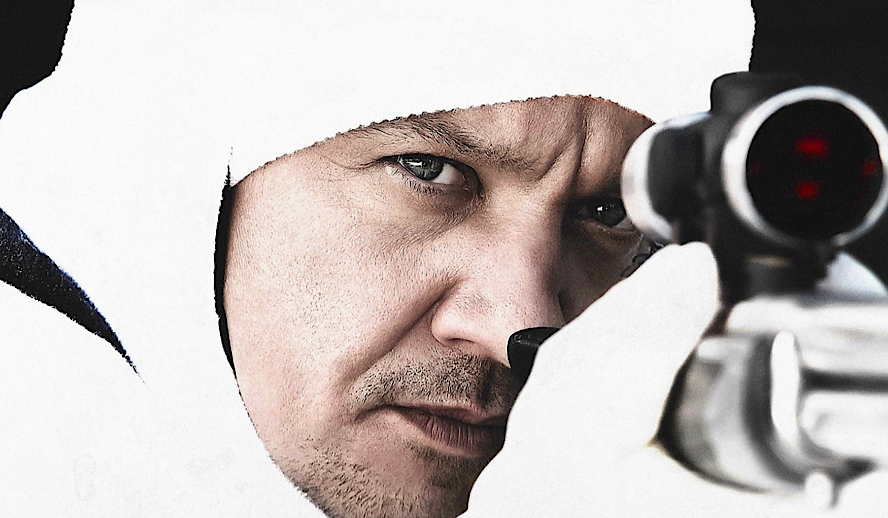 ‘Wind River’ is a film that feels different from most modern Westerns out today, and for that reason alone, it deserves a place on your watchlist immediately. It’s smart, thrilling, and has a mystery that will keep you on the edge of your seat until the credits roll. Written and directed by Taylor Sheridan (the writer of the critically acclaimed films ‘Sicario’ and ‘Hell or High Water’) in his directorial debut, ‘Wind River’ tells the story of a small town in Wyoming, where tragedy strikes. After a young girl is found frozen to death at the Wind River Indian Reservation, a professional tracker with a vendetta and an out-of-state FBI agent come together to try and solve the case.

With Jeremy Renner and Elizabeth Olsen in the starring roles (a nice change of pace since their roles together in the ‘Avengers’ movies), the film truly feels one of its own. The setting is new, the writing feels refreshing, and more importantly, it has an important message at its core: That the raping and murdering of Indigenous women in the U.S. is a real, troubling problem. Sheridan wraps it all up into one satisfying and gripping story that deserves to be seen, and it focuses on an issue that might not be well-known to many people. For modern-day Westerns, ‘Wind River’ is one of the best.

A Different Type of Western

One thing that immediately makes the film more interesting is where it takes place, during a cold winter in Wyoming. In contrast to many Westerns, which are usually set in dryer and more Southern places, ‘Wind River’ takes you to a world of never-ending snow and below-freezing temperatures. Instead of heat exhaustion, characters worry about freezing to death. Rather than the bright, warm colors usually seen in an outdoor Western, everything is cold, gray, and dull. It changes things up to put a new spin on the genre that doesn’t feel too different from the works it’s inspired by. As Cory Lambert (Renner’s character) rides out along an empty field of snow on his snowmobile, it feels akin to a cowboy riding through the desert on his horse.

With this setting, all the genre themes are still present, but there’s a different spin to them. Just like the vast openness of the desert, these snow-covered Indian reservations feel empty and alone. Similar to Quentin Tarantino’s ‘The Hateful Eight’ or Alejandro G. Iñárritu’s ‘The Revenant’, ‘Wind River’ uses the frozen setting to its advantage, portraying a deeper feeling of isolation in the cold, harsh winds of winter weather. When we see Natalie Hansen running through snow and succumbing to the cold in the opening shot, the sight of her struggling to crawl through the sprawling white field is brutal and ruthless, just like the world of this film.

That’s part of what makes ‘Wind River’ such an engaging movie. All of these different characters help fill out the world of this unconventional Western. Cory is a U.S. Fish and Wildlife Service tracker who has a personal reason for getting involved in solving Natalie’s death. His quiet, gruff attitude feels typical for a protagonist of this genre, but he has a big heart that shows throughout the story. Jane Banner (Olsen’s character) is an FBI agent from out of town, who plays the fish-out-of-water character who is unaccustomed to the Wyoming winters and how the world of this small town works. But she’s never played as incompetent. She’s still great at what she does and she puts her heart into solving this unsolved case. When she gets angry at the medical examiner for being unable to label Natalie’s death as a homicide, she truly cares. Together, Banner and Lambert make a team that’s incredibly engaging to watch; Lambert brings the Western element of the movie and Banner brings the mystery aspect of it.

Where ‘Wind River’ truly succeeds, however, is in raising a conversation about Indigenous people and the mistreatment they face, mainly their women. Taylor Sheridan has stated that he wrote the film to call attention to the numerous amount of Indigenous women who have been raped and/or murdered across the United States and Canada. This is something that should be talked about more, and the film does a good job of trying to further that conversation. According to the NCAI (National Congress of American Indians), 61% of Indigenous women have been assaulted in their lifetimes and over a third of them deal with sexual assault sometime throughout their life. That’s an unfathomable statistic that should make anyone angry, and this is an issue that many people should be aware of.

While this is a discussion that has been long talked about and fought for before the release of ‘Wind River’, it’s nice to see a movie this big focusing on a topic as important as this. The story is an example of the type of horror that Indigenous women have to worry about. It never preaches at you or feels like the sole purpose of the film is to push this message. Instead, it just shows you the type of scenario that happens a lot to these people in the Midwest. The death of the fictional Natalie doesn’t come off as one of martyrdom that is supposed to represent all Indigenous women, it’s just a message; Sheridan uses her death to illustrate the truth of what really happens on these reservations. And that makes it all the more powerful.

A Mystery Worth Watching

‘Wind River’ truly is a story worth watching. The mystery surrounding the death of a young girl is captivating, and Renner’s performance helps bring the story to life as Cory decides to take any measure he can to track down those responsible. It’s a mystery that has a personal thread attached to it for our protagonist, and given the historical background of the mistreatment of Indigenous people, it has a deeper meaning in the context of history as well. It’s deep, it’s dark, it’s emotional, but it’s also one of the most riveting films to come out over the past couple of years and it’s a must-see for anyone looking to get lost in this frigid world for two hours. ‘Wind River’ is worth your time, trust me.