David Fincher is Right, ‘Joker’ is a Betrayal of People with Mental Health Illness 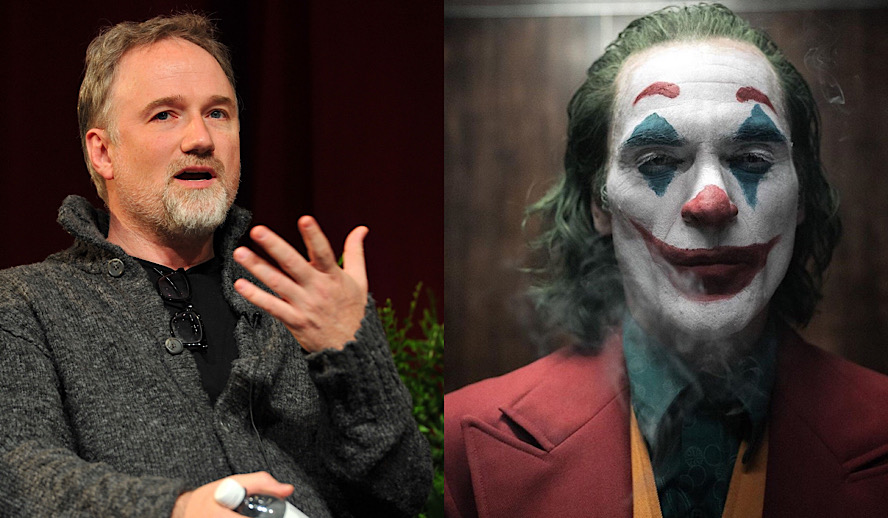 Joker (just like the valuable advice Justin Timberlake gives in The Social Network, they dropped the “The”) was arguably the biggest film of 2020’s Academy Awards season. Everyone had seen, debated, and expressed their emotions about Joker by the time the Academy shocked their viewers with a mere two awards for the blockbuster film- Joaquin Phoenix won Best Actor, and Hildur Guðnadóttir won Best Original Score for her composition work. While many celebrated Bong Joon Ho’s record-breaking streak of accolade, Joker superfans were left stunned and disappointed that the world did not feel the film was worthy of more praise. Wasn’t the film, a revolutionary capture of smiling through the pain? Wasn’t Joker a poetic ode to the mentally ill and how they can finally get their due?

No. It isn’t. David Fincher, critically acclaimed director of Gone Girl and many other hit feature films, has said in a recent interview that Joker is nothing more than “a betrayal of the mentally ill and [is] trotted out for a billion dollars.” This statement was focused more on the industry’s incessant need to produce low quality work when the payout is promised to be higher, but Fincher has made an extremely interesting point. Joker is a breeding ground for people to wallow in their pities instead of receiving necessary treatment, and it was irresponsible to market it as anything else.

The ‘Joker’ Has Been Misconstrued

Joker is a gritty look into Gotham’s early beginnings, set in a modern time. The streets run rampant with crime, garbage, and corrupt politicians living on the greener side of the grass, and Arthur Fleck (the Joker) stands in the midst, caring for his dying mother and dealing with his own problems. First and foremost, Arthur does not have a real illness. No disease makes you laugh uncontrollably and without reason in our real world, and this is directly tied to his battle with depression and mania. Now, this is most certainly not at the film’s fault- the Joker is a fictional character and must make his rise to all-consuming power somehow, and this was an interesting lens to put on his origin story. If you view Joker as nothing more than a beginning to a bigger, beloved comic, this movie has incredible merit.

However, to play into Joker’s darker tendencies and claim them as your own is an insult to the mental health community, especially those battling real day to day struggles. Many people project onto Arthur’s struggles- his inability to converse with women, his introverted tendencies, and so on- and saw this movie as a means to their end. You are not able to enact revenge on those who have rejected or hurt you in society because you saw a movie character do so, and fiction will never reflect reality. Genuine depression, social anxiety, and other diagnosable issues have healthy, real-world outlets and if you are experiencing any of these, please seek professional help.

Mentally Ill People Are Not Violent – David Fincher on Joker

One of the most harmful ideals Joker perpetuates is that mentally ill people are a danger to society. Arthur lashes out by (spoiler!) killing people, starting a mass riot, and causing overall chaos to infect Gotham City. Now, once again, if you are viewing this from an origin point of view, it is a narrative achievement. There is a moment when a young Bruce Wayne stands alone after his parents have been killed and the world of opportunity splits open. Batman is invented in that very moment, and it perpetuates a brief feeling of inclusion for the audience, it makes us feel involved and on the inside looking out. While this is a cinematic moment that deserves to be memorialized, the internet has immortalized the overall movie by celebrating the violence that ensues.

Mentally ill people are stigmatized as a danger to both themselves and society, and movies like Joker perpetuate this harmful stereotype. Research has shown that when given the proper treatment and care, people under mental strain have little to no dangerous tendencies, and the ones they do experience are easily talked through. There is no reason to portray help as a complicated thing that does not work, as it is in Joker. Arthur sees a therapist who tries her best, but in the end, she is a burnt-out state employee and he is “too far gone.” It is irresponsible to include an anti-therapy narrative in a film that the studio knows will be a blockbuster hit, and Joker is not exempt in this. Artistic choices were made, but they were certainly not in the favor of destigmatizing mental illness.

Stop Ignoring The Flaws In Film

In the end, Joker has both merit and complication, as some would argue any good movie includes. However, if we do not address these issues and call them out at face value, we will never be able to properly learn from the lessons. David Fincher has taken an interesting stance with his comments on Joker, what constitutes as a “worthy” film in the entertainment industry, and the disservice it did to the mental illness community; It is rare to find someone of his stature speaking the language of the masses, and many opinions about the Joker film are dismissed because it doesn’t come from people who “truly understand film.” Fincher is a director who commands great respect within the industry, and speaking out against this misstep Joker has taken is the right step in a better direction.

Of course, my opinion cannot account for the millions that have seen, enjoyed, hated, and analytically critiqued Joker, but facts will always bite through the darkness. The mentally ill community has been used and abused to an absurd amount for generations of storytelling, and we can hopefully arrive at the day where it is not glamorized and seen as otherworldly. Destigmatization begins with you and me.

(The opinions expressed are the views of the writer.)