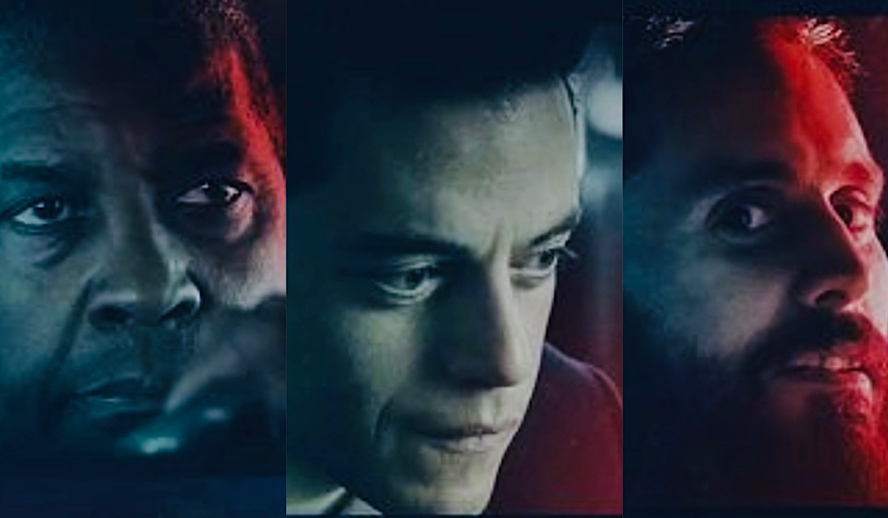 HBO Max Launches a Historic 2021 with ‘The Little Things’

Where 2019 saw the advent of the almighty streaming wars with emerging services like Disney+ and Apple TV Plus readying their rifles, 2020 found a much more crowded battlefield eager to draw blood. With the debut of strong competitors in HBO Max and Peacock, as well as the untimely death of the fledgling short-form streaming service, Quibi, 2020 proved that the streaming wars were not only contentious but deadly. What truly tested the fitness of these services in 2020 was the coronavirus pandemic’s shakeup of what entertainment’s landscape looked like. At the same time movie theaters and production studios were shutting down, Warner Bros’ HBO Max was entering the fierce fight for streaming dominance, a risky bet to make in extraordinarily uncertain times.

Unsurprisingly, the universal order to stay home all the time worked hand-in-hand with an array of streaming services to pick from, each delivering catalogues of decades of entertainment only a click away. What outside could beat that? The inability to release new films theatrically began to threaten major Hollywood studios as the end of the pandemic slipped further and further out of sight. The decision Warner Bros. took in response to COVID-19 shocked the already tumultuous status of the entertainment industry and sent HBO Max to the forefront of the streaming wars.

On December 4, 2020, Warner Bros. declared that all of their 2021 films will debut on the studio’s streaming platform, HBO Max, at the same time as their theatrical release. The first of WB’s blockbuster films to receive this simultaneous treatment was ‘Wonder Woman 1984’, which garnered a stunning 2.252 billion minutes of viewership in the action film’s first week of release on HBO Max. While this is an impressive and inspiring start to Warner Bros.’s gamble, ‘Wonder Woman’ is an exceptionally popular franchise that was destined to be successful regardless of any hazard. The first test for the WB wager came in ‘The Little Things,’ HBO Max’s first Cinematic release of 2021, and despite the absence of superheroes and mutated villains, the star-studded thriller indicates a promising year for the resourceful streaming service.

Although ‘The Little Things’ does not have quite the same commercial appeal of a superhero blockbuster, the crime thriller does have three stars of heroic caliber. The first of the leading trio is Hollywood legend, Denzel Washington, who takes on the lead role of Joe Deacon, a retired detective turned small town deputy-sheriff haunted by his past. Over the course of Washington’s 4-decade career in Hollywood, the star has accumulated 2 Oscar wins for his performances in ‘Glory’ and ‘Training Day’ in addition to 6 other Academy Award nominations.

‘The Little Things’ does not rely on Washington’s acting chops alone to carry the entire film, as the supporting cast brings their own accomplished expertise to round out the thriller. Rami Malek is the freshest inclusion in the film’s cast, as the rising star has taken the entertainment industry by storm. Since his starring role in 2015’s ‘Mr. Robot,’ Malek has become a phenomenon, culminating in his inevitable Oscar win for his portrayal of Freddie Mercury in ‘Bohemian Rhapsody.’ The trio is completed with the astounding Jared Leto, who has maintained his Hollywood eminence by consistently exceeding audience’s expectations whether it be making music in his band Thirty Seconds to Mars or winning an Oscar for his supporting performance in ‘Dallas Buyers Club.’

As impressive as it is to corral these three legends of the big screen, it is ‘The Little Things’ masterful and distinct uses of Washington, Malek, and Leto that sets the thriller apart from other crime flicks. The depictions of these complicated characters – from the script to the actors’ performances on the screen – is the foundation that ‘The Little Things’ relies on to tell the intricate story of overcoming the trauma of crime. Each of the three leads have unique backgrounds and motivations for being involved in the mystery of the unsolved murders that melt into a harmonious fable of surviving. Washington’s Joe Deacon is a former detective who is regularly tormented by an old case he was unable to solve and takes up reckless habits to cope with his failure. Deacon is unapologetic about his disdain for righteousness as exemplified in his relentless disregard for the law as he attempts to track down the killer, and Washington effectively portrays the antihero cop in a fashion that is suitably ugly as well as desperately vulnerable.

Malek’s Jim Baxter serves as an incredible foil to Washington’s Deacon, an enthusiastic detective who has his entire career ahead of him. Where Deacon hunts down the murderer out of vengeance, Baxter does it out of compassion for the victims and empathy as a father. Malek brilliantly conveys the humanity that is challenged when pursuing a monster and the turmoil that comes with taking necessary actions that fall into the morally gray category. Finally, Leto’s Albert Sparma serves as the chaos-driven suspect Deacon and Baxter attempt to prove guilty. Unlike the couple of detectives, Sparma’s propelled by his arrogant lack of motivation and the twisted thrill of the criminal attention he receives from Deacon and Baxter. Leto’s performance as Sparma is an absolutely chilling representation of the most cynical elements of human nature, illustrating what the future could hold for Deacon, Baxter, or even the audience, if the dark realities of the past and present take priority over the good.

The film noir genre is one faithfully revered and referenced by modern crime thrillers as traces of classic movies like ‘Double Indemnity’ can be found in contemporary marvels like ‘Seven.’ This updated use of the early Hollywood noir aesthetic is commonly referred to as neo-noir, and HBO Max’s ‘The Little Things’ is an exemplary model for how these neo-noir films balance standard noir tropes with invigorating, original twists. The most flagrantly inspired features of ‘The Little Things’ comes fast-paced action sequences, specifically accentuated in the thrilling car chase through Downtown Los Angeles, another familiar setting to classic noir films.

‘The Little Things’ does not shy from implementing its own additions to the neo-noir genre, as is effectively established in the execution of protagonist Joe Deacon’s inner-conflict with his traumatic past. An expected trope of every noir film is the antihero detective lead who is so weathered by their sordid past they have an insurmountable cynicism often treated by doses of hard liquor. Washington’s Deacon fulfils the battered antihero archetype; however, the illustration of Deacon’s PTSD demonstrates the improvements ‘The Little Things’ infuses into the modern noir genre. Instead of just alluding to Deacon’s troubled past, hallucinations will occasionally interrupt Deacon’s daily life, whether it be visions of the women he could not save at the foot of his motel bed or a crime scene from ten years ago in the reflection of his rearview mirror, ‘The Little Things’ superbly brings the lasting effects of experiencing trauma to life.

Finally, ‘The Little Things’ shines as an astute and fresh example of innovative neo-noir Cinema as it takes the theme of moral ambiguity to new heights by directly challenging the audience to decide right from wrong. As the mystery unfolds, more is revealed as to what it is about Deacon’s past that has rendered him so arrested to his demons, more is exposed as to the lengths to which Baxter will go to save a life, and even less is certain as to Sparma’s conceivably evil motives. ‘The Little Things’ does not take the easy way out in declaring a resolution just for the sake of a resolve; the questions prompted are meant to be mulled over well after the film ends- What separates a hero from a villain? How can we move on from trauma without closure? Who decides when justice has been served? By concluding the film with these ambiguous prompts the essential “morally gray” feature of the noir film is honored and rejuvenated as the contemporary edge of including the audience in the act of deciding right from wrong makes ‘The Little Things’ one of the most immersive and inventive noir films to date.