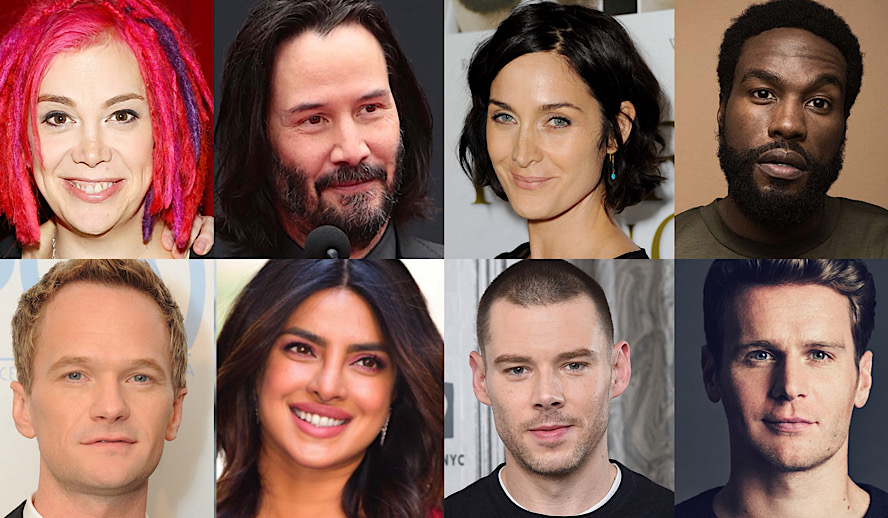 The Matrix is arguably the most famous sci-fi franchise. A dystopian cyberpunk look at the future, as well as a transgender allegory, The Matrix franchise is especially relevant. With even more to explore within this world, a fourth installment is, at long last, on its way.

From the moment The Matrix 4 was announced, fans began theorizing as to who would be in the cast and what the narrative would be. Although a lot of information about this highly anticipated film has been kept under lock and key, here is everything we know about The Matrix 4.

Back in August of 2019, Variety announced that The Matrix 4 was in the works with Lana Wachowski set to write and produce The Matrix 4, with Aleksander Hemon and David Mitchell as co-writers.

Chairman of Warner Brothers Picture Group, Toby Emmerich announced, “We could not be more excited to be re-entering ‘The Matrix’ with Lana. Lana is a true visionary — a singular and original creative filmmaker — and we are thrilled that she is writing, directing, and producing this new chapter in ‘The Matrix’ universe.”

The original Matrix Trilogy was written and directed by Lana Wachowski along with her sister Lilly Wachowski. Speaking to Variety, Lana explained, “Many of the ideas Lilly and I explored 20 years ago about our reality are even more relevant now. I’m very happy to have these characters back in my life and grateful for another chance to work with my brilliant friends.”

There will of course be changes as compared to the original trilogy, and Neil Patrick Harris—a new addition to the cast—confirmed this while speaking on SiriusXM, “The Jess Cagle Show,” stating, “I think [Lana] has a great inclusive energy and her style has shifted visually from what she had done to what she is currently doing.”

A Cast Full of Fan Favorites and New Additions

The film would not be the same without the two title characters, Neo—played by Keanu Reeves—and Trinity—played by Carrie-Anne Moss. Both actors will be reprising their iconic roles in The Matrix 4.

Speaking to Empire Magazine, Moss explained, “When it was brought to me in the way that it was brought to me, with incredible depth and all of the integrity and artistry that you could imagine, I was like, ‘This is a gift.’ It was just very exciting.” Reeves also explained his decision to come back, stating, “Lana Wachowski wrote a beautiful script and a wonderful story that resonated with me. That’s the only reason to do it. To work with her again is just amazing. It’s been really special, and the story has, I think, some meaningful things to say, and that we can take some nourishment from.”

While some other actors who appeared in the second and third installments of the original Matrix Trilogy have not officially confirmed they are returning, there are some very exciting new additions to the cast.

Yahya Abdul-Mateen II—known for Watchmen—will be joining the cast. While his role is not known, there have been rumors that he may be playing a young Morpheus. However, this theory was put into question when Keanu Reeves revealed there would be no trips to the past in this new film.

Neil Patrick Harris—known for How I Met Your Mother—has also signed on for what has been stated as a significant role, however, his exact involvement has been kept secret.

In mid-October, The Wrap revealed that Jessica Henwick was also in talks to be playing a lead role, although, again, her exact part is still a mystery.

Anyone who has seen the original Matrix Trilogy knows Agent Smith played by Hugo Weaving—known for Lord of the Rings. A villain throughout the films, Weaving confirmed that Agent Smith will not be returning in The Matrix 4, although that was the original plan.

Speaking with ComingSoon, Weaving said, “Lana was very keen for me to be involved in The Matrix. There was a reading with Keanu (Reeves), Carrie(-Anne Moss), and myself and a few others from the old family. I loved a lot of it and wasn’t sure about other bits.”

He went on to explain that he was contracted to do some stage work with National Theatre in London from November to April, creating some scheduling conflicts with the filming for The Matrix 4.

Although for a while the scheduling and financial negotiations were going well, Weaving noted that eventually, “Lana decided she didn’t think it was going to work. So, she pulled the plug on the negotiations. That’s where it ended up. She basically didn’t feel that my commitment to the National Theatre was going to fit in with the dates that she had in mind for me. It was a shame in one way that I couldn’t be with them all in Berlin, but that was her call.”

Although he is sad to miss the reunion with Keanu Reeves and Carrie-Anne Moss, Weaving said that he looks forward to seeing the finished film.

The Film Has Resumed Production

After a 5 month delay due to the coronavirus, in August of 2020, Keanu Reeves confirmed that The Matrix 4 was back in production in Berlin.

When talking to Associated Press, Reeves explained, “There’s really thoughtful, effective protocols in place and the rhythm of filmmaking has been not really impacted or interrupted.” He went on to state, “If you’re ever going to get into any kind of situation that needs to be figured out or, ‘How do we do this?’, showbusiness people are the best. We’re scrappy, we know how to get stuff done, we’re inventive, think on our feet… It goes back to like, ‘Let’s put on a show’. That spirit is definitely alive and well in The Matrix.”

Originally, The Matrix 4 was supposed to be released on May 21, 2021, before being pushed back due to the delays in filming. Now, The Matrix 4 is currently scheduled to release on April 1, 2022.