The Rise And Journey of Dylan O’Brien: A Superstar In the Making 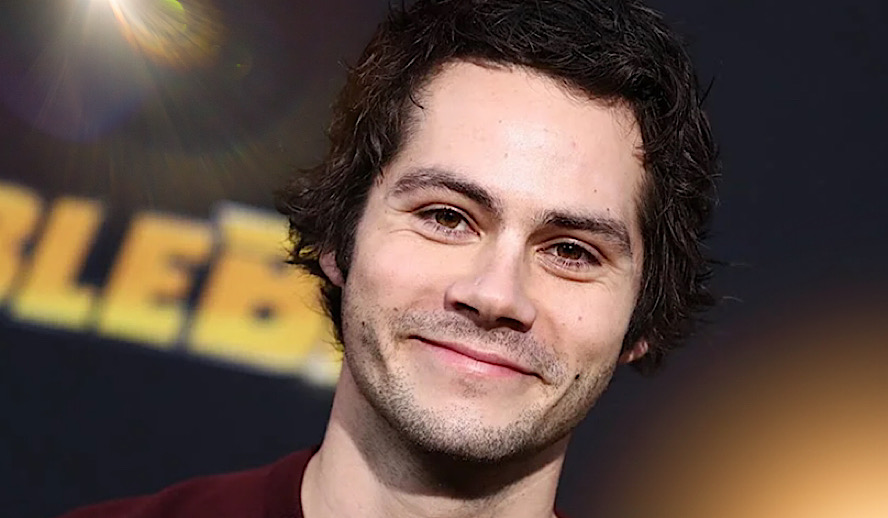 Many fans of the hit MTV show, ‘Teen Wolf’, have known about Dylan O’Brien since he was introduced as the lovable Stiles Stalinski in 2011 — my introduction to him came in Wes Ball’s 2014 young-adult film, ‘The Maze Runner’, as protagonist Thomas. Coming out of the film, I enjoyed the intense action sequences and mysterious plot. But what stood out to me most was O’Brien — in the lead role he shined and before ‘The Maze Runner’, I had never heard of him. Since seeing him sprint away from Grievers through the vine-covered maze, Dylan O’Brien has become one of my favorite actors working and has established for himself a very successful career.

There is no doubt O’Brien isn’t already a star — but I think he can be more. I believe O’Brien has the potential to be on the level of some of the biggest up-and-coming superstars in Hollywood such as Tom Holland and Zendaya. Through a discussion of his films, I will pitch to you why the twenty-nine-year-old Mets fan is Hollywood’s next superstar, primed for starring roles in Oscar contenders and blockbusters alike.

Related article: The Rise and Journey of Daisy Ridley: Her Career and Life After Becoming an Overnight Sensation

Dylan O’Brien Making His Way Through The Maze of Hollywood

‘The Maze Runner’ franchise had its ups and downs, but through this turbulent journey, Dylan O’Brien was the consistent highlight. His energy and charisma as the lead carry the film, there is never a moment you as an audience member are not completely bought into Thomas and his story. O’Brien elevates the cast around him and the script. Something is endearing about the way he portrays the amnesia-plagued main character that I couldn’t help but be sucked in. O’Brien committed physically to the role as well — as the title would suggest, the role of Thomas the Glader did not only require O’Brien to elevate the film with his acting ability but also his athleticism. Throughout the franchise, O’Brien is seen sprinting down coordinators, jumping from train cars, and throwing punches in expertly crafted fight sequences.

This action hero fighting prowess is on full display in 2017’s ‘American Assassin’, a film that underperformed, where O’Brien plays CIA recruit Mitch Rapp. O’Brien puts his body on the line in the name of the betterment of his films — on the set of ‘Maze Runner: The Death Cure’, the final film in the ‘Maze Runner’ trilogy, O’Brien was seriously injured while performing his own stunts. O’Brien suffered head trauma and facial fractures after he was hit by a moving vehicle while performing a stunt in a harness.

The injury caused the film to be delayed almost a full calendar year after the production had to be stopped while O’Brien healed. The third installment ended up with the lowest box-office return of the trilogy despite it being, in my opinion, the most complete and satisfying film of the trilogy. Unfortunately, after over an extra year of anticipation, audiences seemed to lose interest in seeing the finale.

Dipping A Toe In Dramatism

Dylan O’Brien has more to offer the film world than just being an action hero, he is an exceptional dramatic actor as well. As a supporting role in Peter Berg’s 2016 film, ‘Deepwater Horizon’, about the oil rig of the same name that exploded in the Gulf of Mexico, O’Brien played Caleb Holloway opposite Mark Wahlberg, John Malkovich, Kurt Russell, and Gina Rodriguez. In such a stacked cast no one would have faulted O’Brien for fading into the background because of such star power — but he doesn’t.

O’Brien holds his own with these legends and steals each second he gets on screen, his character and Rodriguez acting as the heart of the film. There is a sequence with O’Brien and Wahlberg where the two of them are moving through the fiery inferno of the oil rig in an effort to return power to the station that is one of my favorites in the film— this sequence is white-knuckled and grounded because of both O’Brien and Wahlbergs chemistry and true to life, real performances.

‘Deepwater Horizon’ did not get the love from the Academy that other films did when compared to its 2016 release contemporaries, the film was only nominated for Best Sound Editing and Best Visual Effects. This lack of recognition could have stemmed from its proximity in release to another Peter Berg-Mark Wahlberg project, ‘Patriots Day’, that depicted another recent American tragedy, the Boston Marathon Bombings.

Another contributor to its lack of recognition was the stacked nature of the 2016 Oscars, seeing nominations for powerhouse films such as ‘La La Land’, ‘Moonlight’, and ‘Hacksaw Ridge’. While I didn’t expect O’Brien to receive a nomination for his performance, there is something to be said for being a part of an ensemble cast of a film with a successful Academy run, and for whatever reason, ‘Deepwater Horizon’ was left mostly overlooked that year.

No film better portrays why Dylan O’Brien should be a superstar but has not gotten his chance yet more than 2020’s ‘Love and Monsters’ by director Michael Matthews. I would argue that the Shawn Levy produced monster-adventure film could’ve been the film that launched O’Brien’s career from stardom to superstardom. ‘Love and Monsters’ is a sweet,  joyous adventure that would not work without Dylan O’Brien’s performance. O’Brien plays protagonist Joel who is searching the monster-apocalypse for his high-school long lost love Aimee.

As always, O’Brien is charismatic, endearing, and funny — what is new is the emotional depth he brings to the character. The script of course lays the groundwork for the oddly inspiring character of Joel, but O’Brien brings it all to life. There is a scene in the rain where O’Brien has an emotional conversation with a robot that will stick with me for years to come because of how surprising it was. The scene had me sitting up in my chair, impressed by how much O’Brien’s performance was making me feel — not to mention doing it by himself as the only human character in the scene.

‘Love and Monsters’ is the showcase for how we have only scratched the surface as to Dylan O’Brien’s ability as a performer. Audiences and critics alike praised the film, which makes the fact that it was delayed and released straight-to-video due to the 2020 COVID-19 Pandemic all the more heartbreaking. This is a film that had all the potential in the world to be an original hit in the vein of ‘Edge of Tomorrow’ and ‘Get Out’, yet it didn’t get its opportunity. While it did have a fairly successful run on VOD due to the positive critical response, one can’t help but wonder what could’ve been.

Dylan O’Brien is someone I have always hoped success for as he seems like a good dude — I root for good dudes. O’Brien has all the makings of a superstar: the charisma, the commitment, and the ability. While there is no doubt O’Brien has been very successful in his twenty-nine years, I believe that he could and will be even more. Tom Cruise is praised for his commitment to his films, doing his own stunts to give the audience a real experience — even breaking his ankle during the filming of ‘Mission: Impossible – Fallout’. With his own on-set injury already behind him, O’Brien has what it takes to be that level of star.

O’Brien has shown the ability to be a dramatic actor — recently he posted a video of himself perfectly reciting Andrew Garfield’s emotional monologue from ‘The Social Network’. With O’Brien’s clear interest in dramatic acting, there is no doubt in my mind that he has what it takes. O’Brien has had both good and bad luck in his career and if a couple of breaks had gone the other way, I may have been writing a very different article. O’Brien has all the talent and talent rises above all else.

O’Brien’s next project, the sci-fi thriller ‘Infinite’ from director Antonie Fuqua, will have him starring opposite Mark Wahlberg and Chiwetel Ejiofor. Catch ‘Infinite’ releasing on September 24th of this year. Rent O’Brien’s latest project, ‘Love and Monsters’ on Amazon Prime Video, Google Play, Vudu, YouTube Movies, and wherever else digital films are sold.