An Ode To Pixar: The Studio That Never Misses, Making Us Cry and Laugh & More 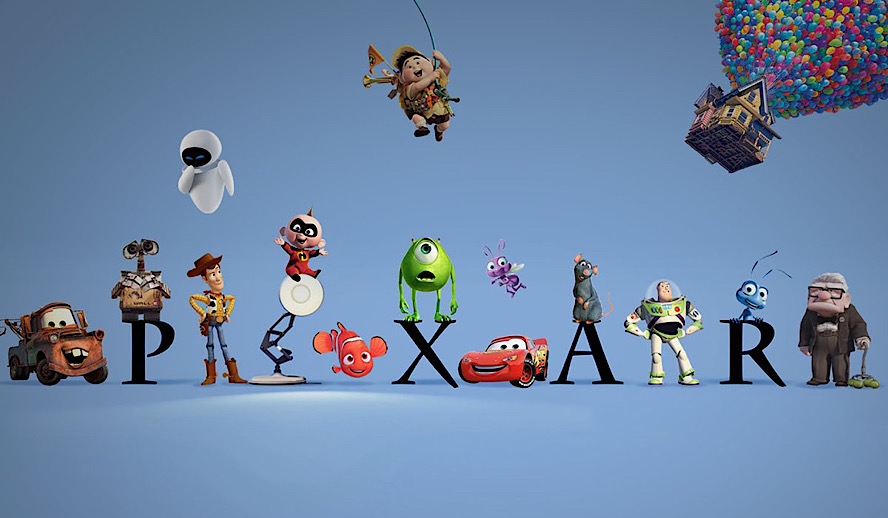 Since its formal founding 35 years ago, Pixar has released 23 feature films and 20 short films and received a grand total of 1,025 award nominations for its works and won 485 of those. Even their worst-performing films at the box office still brought in over $100 million, which is rare for any film studio. Pixar has never missed with its films, finding new ways to forge emotional connections with audiences and impart lessons and messages about life through each new release.

Related article: Why Pixar Would Not Exist Without Steve Jobs, The Surprising Relationship

The mission statement for Pixar Animation Studios is, “At Pixar, our goal is to make great films with great people. We are proud of our tradition of creative and technical excellence and are always looking for talented people to enrich our work and our community. We believe it’s important for our studio to reflect the diversity of the society we live in and the worldwide audiences for whom we make our films.”

Each one of Pixar’s films reflects this idea not just in the storyline but in how the films were made. In an article for TIME, it was mentioned that, “Every story envisioned by the Pixar team requires something that they don’t know how to do, so they invent the technology that was needed.” When Pixar’s first feature-length film was in development, 3-D computer animation had never been done before; that style did not exist yet.

The animators on the film developed the technology to be able to do this style and faced certain limitations (namely the inability to animate humans) which is what gave way to the idea that birthed one of the highest-grossing animated film franchises in history: animating toys and naming the film ‘Toy Story’. The filmmakers were able to use basic shapes that lend themselves well to inanimate objects and bring those to life against a flat background, which is how Andy’s bedroom became the central location for the film and why human faces are rarely seen in the first film.

Three weeks in a row after its release ‘Toy Story’ was the highest-grossing film at the box office and people did not flock to it just to marvel at the technical achievements but rather because the story was one that resonated with so many. Who would have thought that the film about toys would act as a way to show that change can be good and that everyone is unique? And not just do it once, but three more times?

Pixar has become synonymous with using non-humans to tell stories that get at the root of questions about humanity. The ‘Toy Story’ films deal with embracing change, being your own person, and forging your own path. ‘Monsters Inc.’ reminds us that laughter is the best medicine (or energy) and not to judge a book by its cover. ‘A Bug’s Life’ is a metaphor for colonialism and parallels the American Revolution in a format more digestible for children. ‘Finding Nemo’ and ‘Finding Dory’ stress the value of family and always finding your way back to them. ‘Ratatouille’ reinforces the importance of perseverance and never giving up. ‘WALL-E’ serves as a warning about what could happen to our planet if we do not take care of it. ‘Inside Out’ and ‘Soul’ both look at the psyche of humanity and what it means to feel and to live.

These films are primarily not about humans yet tell some of the most honest stories about humanity have come from these Pixar films. Using non-traditional characters allows these stories to serve as metaphors and allegories for bigger ideas that are more digestible for young audiences and make the messages more poignant for older ones and this is a large reason why Pixar is one of the most successful studios at the box office after 35 years.

The Cornerstone Individuals At Pixar

When talking about his main criteria for what makes a Pixar film a Pixar film in an interview with the Walt Disney Company, Lasseter said, “The story is the most important thing. You want it to really resonate with the audience… You want the movies to touch people… Make ’em funny, make ’em beautiful, make ’em scary, but in the end you want that heart of the movie to be so strong.”

Pete Docter, the current CCO of Pixar, is another individual who has been involved with almost every single Pixar feature film in addition to directing four feature films (‘Monsters Inc.’, ‘Up’, ‘Inside Out’, and ‘Soul’), and a screenwriter for seven films (‘Toy Story’, ‘Toy Story 2’, ‘Monsters Inc.’, ‘WALL-E’, ‘Up’, ‘Inside Out’, and ‘Soul’). When discussing with The Hollywood Reporter his vision for Pixar and their stories moving forward, he said, “In the past, we had a big run of sequels, too many in a row. Now we have a lot of original stuff, which I’m personally excited about, but for financial safety, we probably should have a few more sequels in there. Sometimes it’s tough, because the creative projects have a life of their own, and they either take off or they don’t.”

Ed Catmull, who is the current president of Walt Disney Animation Studios, has also been with Pixar since its inception since he is one of the co-founders of the studio. In an op-ed for Harvard Business Review, Catmull elaborates on why he thinks Pixar has been successful: “I believe our adherence to a set of principles and practices for managing creative talent and risk is responsible. Pixar is a community in the true sense of the word. We think that lasting relationships matter, and we share some basic beliefs: Talent is rare. Management’s job is not to prevent risk but to build the capability to recover when failures occur. It must be safe to tell the truth. We must constantly challenge all of our assumptions and search for the flaws that could destroy our culture.”

He continues by saying, “People tend to think of creativity as a mysterious solo act, and they typically reduce products to a single idea: This is a movie about toys, or dinosaurs, or love, they’ll say. However, in filmmaking and many other kinds of complex product development, creativity involves a large number of people from different disciplines working effectively together to solve a great many problems… A movie contains literally tens of thousands of ideas. They’re in the form of every sentence; in the performance of each line; in the design of characters, sets, and backgrounds; in the locations of the camera; in the colors, the lighting, the pacing. The director and the other creative leaders of a production do not come up with all the ideas on their own; rather, every single member of the 200- to 250-person production group makes suggestions. Creativity must be present at every level of every artistic and technical part of the organization.”

Pixar has always had box office, audience, and critical success with their releases, with their lowest-grossing film still making $135.7 million at the international box office and all but one Pixar film being certified fresh on Rotten Tomatoes. This success with the masses has also translated to incredible awards success for their films. For their short films, they have received 15 Academy Award nominations and won five of those awards. For their feature films, they have received 53 Academy Award nominations (including two Best Picture nominations) and won 18 of those awards, 11 of which were for Best Animated Feature Film. Only four Pixar feature films have failed to receive Oscar nominations which is an incredible achievement for any movie studio.

Pixar films have resonated with audiences and become some of the highest-grossing films of all time. They have become a beacon for life lessons and emotional outlets for audiences of all ages and a magnet for prestige awards. With three new feature films on the docket for the next couple of years, they have a chance to keep their success streak going.

Here’s to many more Pixar movies (and many more emotional lessons and tears)!