The Rise of Minimalist Filmmaking, and Analysis of Best Picture Oscar Winner ‘Nomadland’ 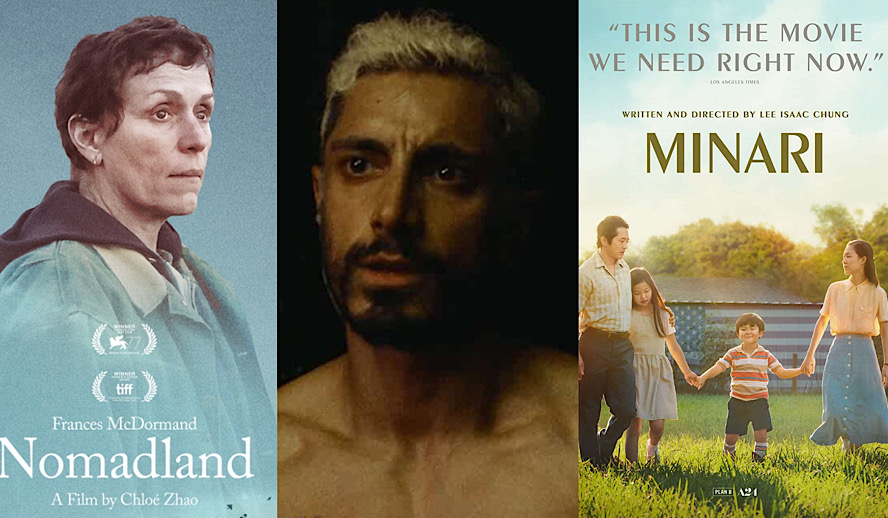 There’s no question that this year’s Academy Award nominees are very different than they have been in previous years. Oscar-bait films such as ‘Green Book’ or ‘Once Upon a Time in Hollywood’ are almost non-existent in the lineup this year. Instead, the Academy nominated a group of films from mostly independent filmmakers who premiered their movies via streaming services, not movie theaters.

Part of this, of course, is due to COVID-19 and the lack of theater accessibility, but it also seems to showcase a public shift in what audiences are looking for in this past year’s films. Increasingly, there’s been a transition to minimalism in every aspect of the most popular films right now. Gone are the days of star-studded, big-budget productions, and in comes the beauty of natural landscapes, simplistic storytelling, and organic acting that resonates with viewers.

With the rise in unemployment that the COVID-19 pandemic brought, it’s safe to say that many people in the United States are down on their luck right now. They are struggling; whether that be financially, medically, or mentally with the general state of the world. The bottom line is that this past year has been difficult, and we, as the public, want to see our own struggle reflected back at us on screen. It’s cathartic to know that we’re not the only ones hurting right now. But films about a worldwide pandemic are too on-the-nose for us. We’re living through it, why would we need to see it on screen?

Enter films like ‘Minari’, ‘Nomadland’, and ‘Sound of Metal’. Each of these films depicts a relatable protagonist, or protagonists, that is striving to overcome their own demons in uniquely creative ways. ‘Sound of Metal’ follows a punk-rock drummer wrestling with the sudden loss of his hearing while ‘Nomadland’ features Frances McDormand soul-searching in a van while grieving her husband’s death. ‘Minari’ stars a young Asian-American family in their adjustment to life in rural middle America. Each of those sentences virtually sums up the plots of those films. Besides the initial narrative, there’s not much that really happens.

The filmmakers choose to exchange entertainment value for simplicity; returning to the small moments in our lives that shape and mold who we are for narrative inspiration. Our protagonists’ grief and hardship are exemplified in the little things, such as the drip of a coffee pot or the accidental breaking of sentimental china. These narratives are overwhelmingly simple, but they carry a depth to them that seems to have been lacking in representation at previous Academy Award ceremonies.

However, without outstanding audio and cinematography, these films would not be nearly as hard-hitting as they are. Let’s break down how minimalist design successfully resonates with the narratives of these films and increases their impact.

Minimalist Filmmaking – Cinematography Captures the Intimacy of the Stories

Firstly, the rise of minimalist filmmaking is signified by an exploration of naturalistic settings. Perhaps fueled by a resentment of the government’s response to COVID-19 and a fear of cities as the epicenters for the virus, organic landscapes color the screens of ‘Minari’ and ‘Nomadland’ especially. The cinematography often features wide angles of natural settings such as a field at sunset in the midwest in ‘Nomadland’ or the silhouette of the father against a watercolor sky in ‘Minari’. As opposed to placing shots like these at the beginning of a scene, they are often placed in the middle of a scene, giving them a different narrative weight than establishing shots.

These images don’t just represent the background of our film, they are the film. By switching up the scene’s narrative order, these settings come alive and take on a personality of their own. They become active characters in the film rather than just places in which events happen. The red rocks of Utah and the farmland of Arkansas constantly change our characters’, and our, feelings on the events of the story. They bring beauty and life to the screen, something that so many audience members have been yearning for throughout COVID-19.

Handheld Cameras Place Us in the Minds of Our Protagonists

Beyond just the focus on the naturalistic settings, ‘Minari’, ‘Nomadland’, and ‘Sound of Metal’ choose to frame their main characters in a very intimate way. There’s a disregard for traditional shotlists and scene layouts, instead, the filmmakers seem to want the actors’ visceral reactions to guide the camera. The camera, much like the settings, feels alive and puts us in the middle of the grief, heartbreak, and pain of our protagonist. The filmmakers accomplish this through frequent handheld, following shots. Scenes are longer and cuts are less frequent, allowing for a lack of fragmentation from the main characters.

Instead of us watching a story unfold, we experience it unfold right alongside the actors and actresses. In ‘Sound of Metal’, so much of the film centers around Rueben’s personal experience. The filmmakers, utilizing impeccable sound design, try to replicate what his state of mind, hearing, and despair is for the audience instead of trying to tell the story from an outside perspective. We aren’t given an inside look at what Rueben feels, we feel it right alongside him. We lose our hearing and, essentially, our life as he leaves to go to a home for deaf people. We feel what Rueben feels, his losses carry so much more weight to them because of the visceral sound design and cinematography.

Ultimately, the main thing that this switch to minimalism brings with it is a commitment to narrative depth. This year’s directors have opted out of the traditionally entertaining films and opted in on stories that exemplify perseverance through hardship, shown in as intimate a way as possible. The COVID-19 pandemic has brought unexpected difficulties for every single one of us, whether we care to admit it or not. Audiences don’t want to be reminded of their own lack with tasteless pictures of wealth or excess. They want to be reminded that we can and will endure adversity as the human spirit is one of great strength.

Minimalism in film is a reminder that no matter what the circumstances, we will continue to find a way to tell great stories that resonate deeply with each and every one of us. Though on the outside these stories may seem dismal — a man losing his hearing, a lonely woman living in a van, a family that is out-of-place in Arkansas — they capture the hope that we must have in order to overcome our own pain. It is not only cathartic to watch others struggle, it’s an excellent reminder that we have the power to overcome whatever obstacles lay in our paths.