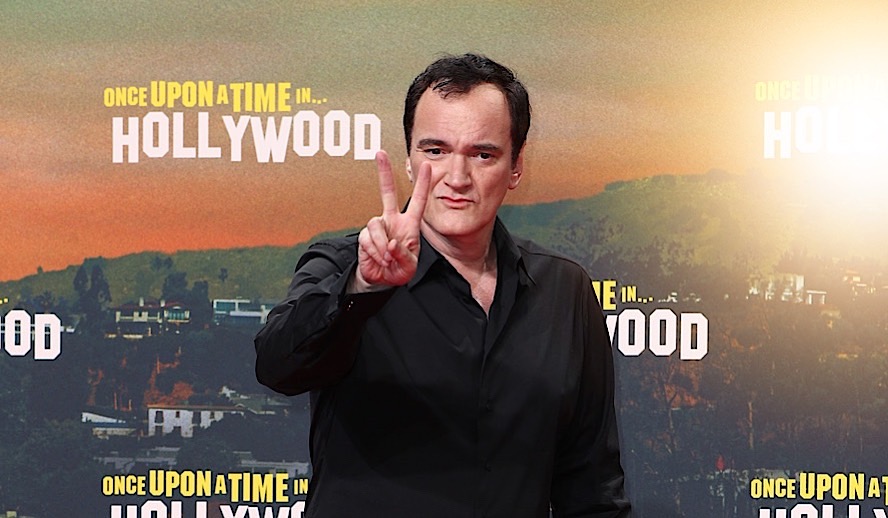 Photo: Quentin Tarantino/Once Upon A Time in Hollywood/Sony Pictures Releasing

Pulp Fiction. Inglorious Basterds. Once Upon a Time in Hollywood. There is one man responsible for directing some of Hollywood’s biggest and most talked-about films. Quentin Tarantino can be a complicated figure, a mysterious open book. So, here are 32 facts that may shine some light on one of the greatest directors of our age:

2. While plenty of people know his early works like Pulp Fiction and Reservoir Dogs, few have ever even heard of Tarantino’s first film. My Best Friend’s Birthday, directed by Tarantino and Craig Hamann, was never completed but gives a glimpse into a bright filmmaking future.

3. While obviously known as a director, Tarantino also studied acting at the James Best Theatre Company. While in acting classes, he realized that he preferred writing stories to actually performing them.

Exclusive: The Launch of NEWEST TALK SHOW – ‘The Anytime Show’ with host Mister H. I. | Much needed humor and perspective

4. He loves The Good, the Bad and The Ugly. Sergio Leone’s classic western is always mentioned when Tarantino discusses his favorite films of all time, and Leone’s work has had a noticeable impact on Tarantino’s own westerns Django Unchained and The Hateful Eight.

5. There is actually a Quentin Tarantino-themed bar in Williamsburg, Brooklyn. “KillBar” includes wall art of Uma Thurman from Kill Bill, and apparently hosts movie nights where they show Tarantino’s filmography.

6. For a director with as long a history as Tarantino, you’d think that he’s shown no signs of stopping. However, he has actually announced his plans to stop directing after ten movies. Considering that last year’s Once Upon a Time in Hollywood is his ninth feature, that means that Tarantino only has one more movie slated.

7. Tarantino is a long-time friend and collaborator of Robert Rodriguez. The two worked together on the 2007 double-feature Grindhouse, and Tarantino plays a major character in Rodriguez’s From Dusk Till Dawn.

8. Cinema has been a part of Quentin Tarantino’s life since his first breaths. He was actually named after Burt Reynolds’ character Quintin Asper from the western show Gunsmoke.

9. While now one of the most profitable directors in Hollywood, Tarantino wasn’t always so well-off. In fact, he once spent time in jail for not paying parking tickets.

10. Few people are aware that Quentin Tarantino actually has a middle name! He was born as Quentin Jerome Tarantino, but rarely uses the middle name.

11. Tarantino dropped out of middle school when he was 15 in order to study acting, which eventually led him to the director’s chair.

12. He had plans to direct a Star Trek film, though they seem to have recently fell through. The movie would have been R-rated, as is typical of a Tarantino film.

13. While his plans for Star Trek may be cancelled, there are other possibilities on the horizon. He apparently has plans for a potential Kill Bill 3, a sequel to his two-part Kill Bill action story.

14. Tarantino’s 1964 Chevelle Malibu was stolen in 1994, but it was returned in 2013. The car was driven by John Travolta in Pulp Fiction, but was stolen from his driveway. It took police more than twelve years to track down the car, which was returned to Tarantino.

15. While Tarantino’s filmography appears to be made up of distinct films, they’re actually all connected. All of his movies belong to a shared universe, with characters and features connecting them.

16. His movies are connected to other directors’ movies, too. Sheriff Earl McGraw, played by Michael Parks, appears not only in Tarantino’s movies Kill Bill and Death Proof, but also Robert Rodriguez’s movies From Dusk Till Dawn and Planet Terror.

17. He has directed eight actors in Oscar-nominated roles. John Travolta, Samuel L. Jackson, Uma Thurman, Robert Forster, Christoph Waltz, Jennifer Jason Leigh, Brad Pitt and Leonardo DiCaprio were all nominated for Oscars, with Waltz and Pitt winning for their roles in Inglourious Basterds and Django Unchained, and Once Upon a Time in Hollywood.

18. Tarantino also flexes his acting chops by making cameos in each of his films. His standout roles include Jimmy in Pulp Fiction, Mr. Brown in Reservoir Dogs and Warren in Death Proof.

19. He has won two Oscars of his own, both for Best Original Screenplay. The awards were won by Pulp Fiction in 1994 and Django Unchained in 2012.

20. Christopher Allen Nelson, who worked on the special effects on Kill Bill, stated that more than 450 gallons of blood were used while filming Kill Bill. This makes it Tarantino’s bloodiest film to date.

22. Tarantino actually owns his own movie theatre as well. The iconic New Beverly Cinema in Los Angeles was bought by Tarantino in 2007 in order to save the theatre from being turned into a Super Cuts. As a patron of the cinema since he was a child, Tarantino is as qualified as anyone to run the show.

24. Earlier this year the couple also had their first child, a son named Leo. Named after Pick’s maternal grandfather, Leo was born as an Israeli citizen on February 22nd, 2020.

26. Outside of acting talent, editor Sally Menke was his true longest and greatest collaborator. Before her death in 2011, which was understandably difficult for the director, Menke had edited all seven of Tarantino’s films. Editing duties have since been passed to editor Fred Raskin.

27. While he is most known for his directorial pursuits, Tarantino also wrote the script for True Romance. The romantic crime flick was directed by Tony Scott, and stars Christian Slater and Patricia Arquette in an ensemble cast which also includes Gary Oldman and Samuel L. Jackson. It is the only script that he has written and not directed.

28. The prolific director hates biopics. In an interview with The Talks, Tarantino expressed that biopics are “just big excuses for actors to win Oscars. It’s a corrupted cinema”.

29. TIME magazine included Tarantino on its 2005 List of Top 100 Most Influential People. They wrote that Tarantino’s “teen-boy fixations – men with gigantic guns, beautiful gals with mean mouths – are a real tonic. At 42, he still has a movie love as convulsive as a schoolboy’s crush, still has a young man’s bravado.”

30. Perhaps unsurprisingly, the legendary director has also earned himself a star on the Hollywood Walk of Fame. The star was honored to Tarantino on December 21st, 2015, a few weeks before the premiere of The Hateful Eight, with Samuel L. Jackson present to assist the unveiling. –

31. Before making a name for himself directing blockbuster films, Tarantino got his start playing an Elvis impersonator on the fourth season of The Golden Girls. While pursing acting early in his life, Tarantino was accepted for the minor but memorable role.

32. Beyond film, Tarantino also collaborated on a comic book. A crossover comic between Django Unchained and the classic character Zorro was released in 2014, and was written by Quentin Tarantino himself.

We, at Hollywood Insider, would like to give our support and best of luck wishes to a powerfully original director Quentin Tarantino.