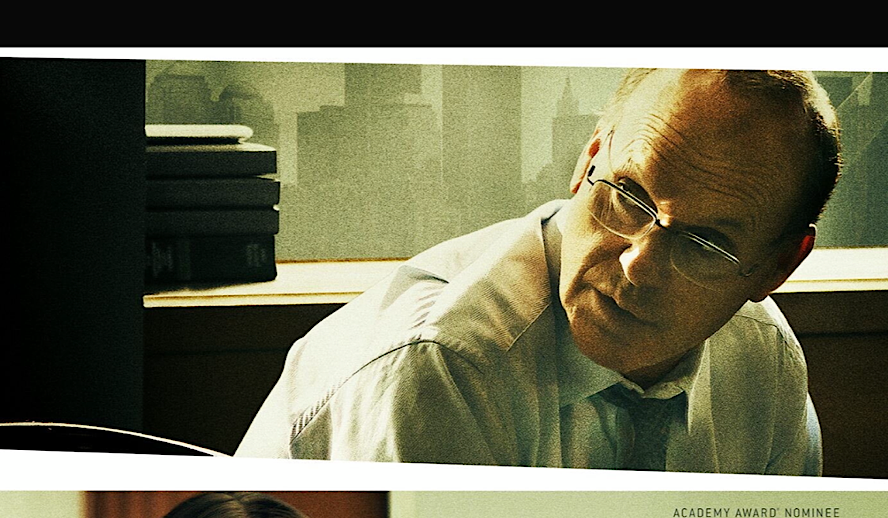 What is Life Worth?

New to Netflix is legal drama ‘Worth’ from director Sara Colangelo, the director behind ‘The Kindergarten Teacher’ starring Maggie Gyllenhaal. The film depicts a true story and follows Michael Keaton as a Washington D.C. lawyer who is tasked with the managing of compensation for the families of victims of the September 11th attacks — paired with A-list co-stars Stanley Tucci and Amy Ryan, the film attempts to deliver a compelling legal drama while also paying respect to the victims and families affected by the attacks.

‘Worth’ is an incredibly impactful film — something to note before watching the film is that it is by no means an easy watch. The film is emotionally draining and, in some moments, scarily too real. The film excellently balances the story it is telling, while also dedicating the time and effort to give the respect the victims and their families deserve resulting in a film that feels truly special.

What Worked — The Craft and Performances

The film is excellently constructed from start to finish — the film is shot beautifully from start to finish incorporating lots of movement that keeps the viewer engaged as well as static shots that are just as effective. The cinematography of the film, while not overtly noticeable, is well-done and deserving of credit. The editing is another behind-the-scenes hero of the film — with a very tight cut that maximizes every line of dialogue and every beat or pause in a scene, the editors know exactly when to linger on a shot and when to release that tension. The score of the film is subtle but very effective incorporating a lot of string instruments that played perfectly off the tension that builds scene to scene. From a high-level, storytelling perspective, there is a conscious effort to tell this story visually which is a credit to the filmmakers — more on that in the writing section.

The performances across the board are exemplary — Michael Keaton, star of hits such as ‘Beetlejuice’ and ‘Batman’, is excellent in the lead role of the film. Keaton’s character is very measured and Keaton portrays that perfectly. There is a tendency to go big in a role like this and have some kind of big emotional moment, however, Keaton stays subdued and true to character throughout which proves to be perhaps more effective than that big moment would have been.

Amy Ryan, of the Ben Affleck directed ‘Gone Baby Gone’, give an excellent supporting role to the film. Ryan’s character does get moments to flex her emotional range but approaches it as if she is attempting to bottle it in which makes them all the more heartbreaking. Stanley Tucci is a standout performance in the film. Known for performances in countless dramatic films as well as blockbusters such as ‘The Hunger Games’ and ‘Captain America: The First Avenger’, Tucci give a similarly tempered performance, however, one that has a great pain behind it. Tucci does a terrific job of having pain behind his eyes, while he passionately fights for what he believes in which sells his character completely. A standout in a smaller role is actress Shunori Ramanathan, who appeared in Kumail Nanjiani’s ‘The Big Sick’, giving a very honest performance — Ramanathan should be one to keep an eye on in future roles.

What Worked — The Writing and the Impact

In any legal drama, the dialogue is key to keep audiences engaged — thankfully, the dialogue in ‘Worth’ is expertly written and flows incredibly well. Interactions between characters feel very real and allow the writer to pose very thought-provoking questions and themes that pervade the entire runtime of the film. While some legal dramas lean heavily into the dialogue, such as the Aaron Sorkin directed ‘The Trial of the Chicago 7’, the writing in this film makes conscious efforts to talk the story visually.

Whether it be seeing people slowly react to news in the background of scenes to indicate something has happened, seeing a flag fly half staff, or just the visual of smoke reflecting off of a window, the visual storytelling in the film is greatly impactful and emotionally resonate.  The characters in this film are taken very seriously, each having their own journey and arc that is either satisfying or intentionally unsatisfying, reflecting the reality of the events. In several moments in the film, the writer includes testimonials from the families of the victims — these testimonials are devastating and remind the viewer what this film is truly about.

‘Worth’ makes a conscious effort to never lose sight of what this movie should be: a remembrance, paying respect to the victims of the September 11th attacks. The film tells an incredibly human story and makes an effort to not lose sight of the true heroes in this story. The high-level questions proposed by the script and the true story regarding how much a human life is “worth”. As ridiculous as a question like that may seem, it is one that was brought up at this time in history and the film does an incredible job of showing the faults of this thinking. This film leaves an impact in every way it should and is one that viewers will think about long after the credits roll.

‘Worth’ is an emotionally potent film that reminds viewers of the fragility of life and how invaluable it truly is. With incredible performances from its leads, expert craft in its cinematography, editing, and writing, the film exceeds expectations on all levels. The film pays respect to the victims and subject of its story and never loses sight of the story it intends to tell. I would highly recommend the film to any and all viewers who feel they are able to give the film a watch. As previously stated, the film and its content are tough to watch at points. However, if one can make it through these heartbreaking moments, I’d check the film out in respect of the victims of the attacks the film tries to honor alone.

Watch ‘Worth’ on Netflix today. Be on the lookout for Michael Keaton’s next project ‘Morbius’ starring Jared Leto.