The Rise and Journey of Emma Stone: This Oscar Winner Excels in Both Comedy and Drama 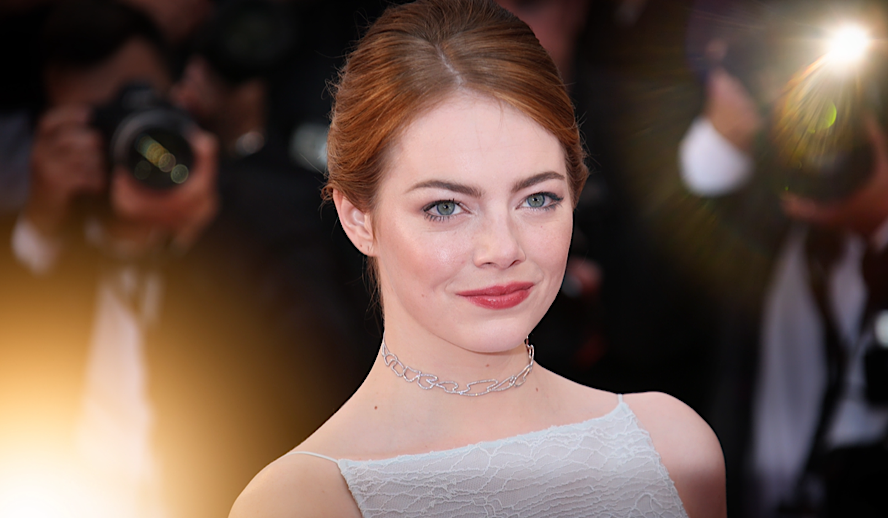 Few have enjoyed the meteoric rise to fame that Emma Stone created for herself. Getting her start with small roles in sitcoms such as ‘Malcolm in the Middle’ and ‘The Suite Life of Zack and Cody’, Emma Stone has become a Hollywood star transitioning into major film roles. The thirty-two-year-old Oscar winner has excelled in a wide range of films and genres including Academy-Award level dramas and zombie-filled comedies.  Having starred in the recently released ‘Cruella’ as the classic Disney villain of the same name that terrorized canines in ‘101 Dalmations’, Emma Stone’s career has continued to ascend with no indication of slowing any time soon.

Stone began her career starring in several comedic roles, the first being the iconic coming-of-age film ‘Superbad’. The Seth Rogen and Evan Goldberg written high-school comedy about three friends trying to buy alcohol for a party has supplanted itself as one of the funniest high school comedies of all time. Starring as the love interest to Jonah Hill, Stone was tasked with sharing the screen with talents on the level of Michael Cera, Christopher Mintz-Plasse, and Bill Hader.

Despite being one of the unknowns of the film, Stone shined in the role of Jules. The character of Jules, while not given the one-liners and zingers others are, stands out in the film as well-rounded in the screen time she is given. ‘Superbad’, similarly to other cast members of the film, catapulted her to relevance and provided the spark to her career.

Stone’s next major hit role would come in Ruben Fleischer’s horror-comedy ‘Zombieland’. Starring alongside Jesse Eisenberg, Woody Harrelson, and Abigail Breslin, Stone rounded out the all-star cast of an instant hit amongst both horror and comedy fans. After the action-packed gore-fest hit home with audiences, one of their biggest praises was that of the performances of the film’s leads. Fans and critics alike highlighted the unique chemistry of Eisenberg and Stone as their unlikely romance blossomed.

Stone went on to star in another major comedy, ‘Easy A’, opposite Amanda Bynes and Penn Badgley as the quick-witted Olive who attempts to advance her social status through her high school’s rumor mill. The film was praised by fans and critics alike marking Stone’s biggest hit as her as the singular star as her previous hits were mostly ensemble films.

Stepping Into The ‘Spider-Verse’

After a mixed reaction from fans to Sam Raimi’s third installment of Tobey Maguire starring as New York’s famous web-crawler, Sony Pictures decided to reboot the ‘Spider-Man’ franchise bringing on ‘(500) Days of Summer’ director Marc Webb to helm the project. The film, now known to audiences as 2012’s ‘The Amazing Spider-Man’, cast Andrew Garfield as the next Peter Parker. Opting to omit the character of Mary Jane Watson in the film, a role previously played by Kirsten Dunst, the studio and filmmakers decided to cast for the role of Gwen Stacy eventually landing on Emma Stone for the role.

While both ‘The Amazing Spider-Man’ and its subsequent sequel, ‘The Amazing Spider-Man 2’, garnered mixed reactions from both critics and fans alike, what was universally praised was Emma Stone and Andrew Garfield’s performances as the lead protagonists of the films. The chemistry between the two performers carried the film as the teenage romance between the characters of Peter Parker and Gwen Stacy blossomed on screen. A particular scene that is emblematic of the two’s chemistry is that of when Peter asks Gwen Stacy out on a date in the hallway.

What results is an awkward yet oddly charming exchange between the two that helped endear audiences to both characters. Emma Stone’s portrayal of Gwen Stacy was not just reduced to the role of a love interest — Emma Stone’s Gwen Stacy is a self-reliant and dynamic female character that is just as, if not more, strong and heroic as Garfield’s web crawler. The strength of the character of Gwen Stacy is firmly rooted in Stone’s terrific performance.

A year before the release of ‘The Amazing Spider-Man’, Stone took her first step towards a more dramatic role in the film ‘The Help’ starring opposite Viola Davis and Octavia Spencer. This was the first film to mark a transition in Stone’s career towards roles of more palpable dramatism. In 2014, Stone starred in the Academy Award Best Picture Winner ‘Birdman or (The Unexpected Virtue of Ignorance)’ alongside Michael Keaton and Edward Norton. The film also notched for Stone her first Oscar nomination for Best Supporting Actress.

Stone did not stop there, eventually receiving a nomination and Oscar win for Best Actress after starring in Damien Chazelle’s modern musical ‘La La Land’ with Ryan Gosling. After ‘La La Land’, Stone continued her pursuit of dramatic, Oscar-worthy performances starring as Billie Jean King opposite Steve Carrell in 2017’s ‘Battle of the Sexes’ giving an incredibly emotional performance as the lead. Stone’s most recent hit dramatic performance dipped more into her comedic roots in 2018’s ‘The Favourite’. Starring alongside Olivia Colman, Stone received another Best Supporting Actress nomination for her work in the film continuing to further supplant her as one of the best actresses working in Hollywood to date.

Parsing through Emma Stone’s career so far is truly a testament to both her talent and work ethic. From starting in small roles on sitcoms to winning Best Actress at the Academy Awards, Stone’s rise to stardom has been one of direct upward trajectory. With Stone’s most recent film, ‘Cruella’, garnering praise from fans and critics alike, it does not seem that that trajectory is changing any time soon. At only age thirty-two and already so many incredible performances and accolades under her belt, it is inarguable that Stone is one of the most exciting careers to follow as she continues to make us laugh, cry, and everything in between.

What’s Next For Emma Stone

Catch Emma Stone opposite Mark Ruffalo and Willem Defoe in ‘Poor Things’ set to release next year. In the meantime, watch Stone’s latest performance in ‘Cruella’ on Disney+ with Premier Access.