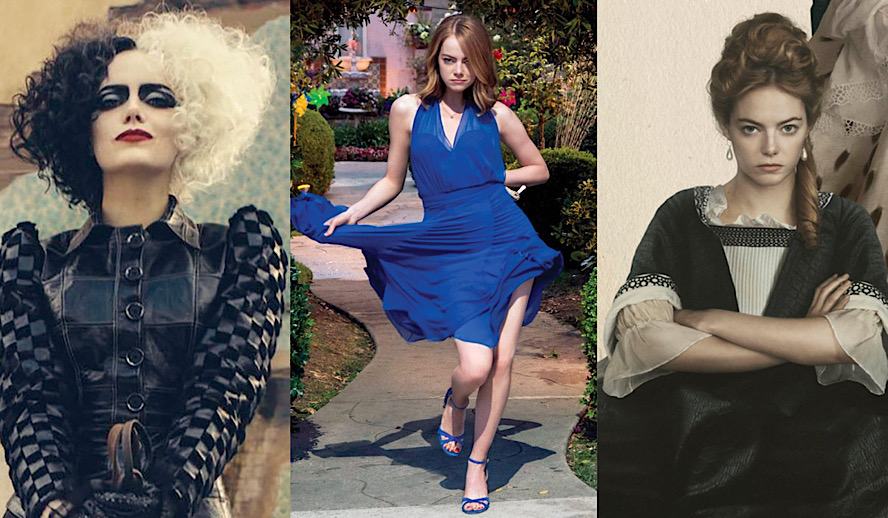 Not many people can say they have won an Oscar, and most that have cannot say they did so before the age of 30. For Emma Stone, she has checked both of those boxes, winning hers at the age of 28. She has had many excellent roles in film over the years but these five are her most prominent ones.

‘Superbad’ has become a cult favorite coming-of-age film and for Emma Stone marked her first movie role. The film followed three high school boys and their misadventures in trying to buy alcohol for a party and lose their virginity before they graduate high school. Stone played Jules, the romantic interest for Jonah Hill’s Seth, a role which won her the Young Hollywood Award for Exciting New Face.

Related article: The Rise and Journey of Emma Stone: This Oscar Winner Excels in Both Comedy and Drama

When talking about her experience with ‘Superbad’ being her first movie in an interview with Cameron Crowe for Interview magazine, Stone said, “Well, just the whole experience of working on a movie with those guys as my first movie . . . I thought that every movie was going to be like that. I was like, ‘Oh, this is fun. You can just make it up as you go.’ But every movie is not like that… I have the best memories of working on that movie. I was walking around with my mouth agape—I just could not believe that I was on a movie set.

Auditioning with Jonah [Hill] was pretty great, too—he’s so funny. I also remember sitting in [director] Greg Mottola’s chair. He’s the nicest man in the world. He comes in one day, and there are all these people around, and he’s directing the scene, and I’m sitting in his chair. So he’s like, ‘Oh, don’t get up.’ But then he winds up in the back of the room struggling to see the monitor because he won’t let me get up out of his chair. So that was a nice moment . . .”

While ‘Superbad’ was Emma Stone’s breakout role, ‘Easy A’ was her first true leading role. Stone played Olive Penderghast, a teen who allows people to spread rumors that she slept with them in exchange for gift cards, in the comedic modern retelling of Nathaniel Hawthrone’s 1850 novel ‘The Scarlet Letter’. While she had played prominent roles in films before this, ‘Easy A’ marked her first time being the main character in and being in nearly every scene in the film and garnered her a BAFTA Rising Star Award nomination, a nomination at the Golden Globes for Best Actress in a Musical or Comedy, and won the MTV Movie Award for Best Comedic Performance.

When asked about how she thought this role would change the trajectory of her career by Collider, Stone said, “No, no. I mean, you can’t think that way. Like I was saying, you can see me in 6 months and go ‘Sooooo, that didn’t happen. But how’s this one that you worked on?’ You never know. You can’t try to predict anything. And I wouldn’t know otherwise. Again, you don’t know what you don’t know. I wouldn’t even know what that would be like to speak to it. We’ll see.”

While the first two roles on the list marked Emma Stone’s appearance on the scene, ‘Birdman’ marks her first Oscar-nominated role. She played Sam Thompson, the recovering-addict daughter to Michael Keaton’s Rigger Thompson in the film about an aging actor trying to revive his career by performing in a Broadway play. Stone received a nomination for Best Actress in a Supporting Role in addition to nominations at the Golden Globes, BAFTAs, Screen Actors Guild, and the Critics Choice Awards.

When talking with Deadline about the process behind crafting the scenes for ‘Birdman’, such as her big monologue where she blows up at Rigger, Stone said, “‘Birdman’ was like theater because you had done these scenes so many times and they were so blocked for camera moves. Everything had to be technically perfect, but then you had to be able to completely let go and play the truth of the scene, versus a choreographed dance. It was like everyone was walking on a tightrope.

With our script, Alejandro gave us the Man on Wire photo where the guy is between the Twin Towers. If anyone hit your rope, everyone fell. At first, it was daunting because you think, ‘What the hell is everyone attempting to do here?’ And then by the end of production, it was, ‘Why aren’t more movies made this way?’”

She may have received her first Oscar nomination for ‘Birdman’, but ‘La La Land’ was the first time Emma Stone won the gold statuette. In Damian Chazelle’s film about two struggling artists trying to make a career in Los Angeles, Stone played Mia, an actress working as a barista until she is able to land a role. Stone won the Oscar for Best Actress in a Leading Role in 2017 for this film in addition to winning the Golden Globe for Best Actress in a Musical or Comedy, the Screen Actors Guild Award, the BAFTA, and the Critics Choice Award.

In a feature story for Rolling Stone, Stone said that ‘La La Land’ felt like a more collaborative process than some of the other films she’s worked on. She went on to say, “There are times in the past, making a movie, when I’ve been told that I’m hindering the process by bringing up an opinion or an idea… I hesitate to make it about being a woman, but there have been times when I’ve improvised, they’ve laughed at my joke and then given it to my male co-star. Given my joke away. Or it’s been me saying, ‘I really don’t think this line is gonna work,’ and being told, ‘Just say it, just say it, if it doesn’t work we’ll cut it out’ – and they didn’t cut it out, and it really didn’t work!”

Stone’s most recent turn on the big screen had her transform into one of Disney’s most notorious villains: Cruella de Vil. In Disney’s newest live-action film ‘Cruella’, Stone plays Estella, an aspiring fashion designer who eventually evolves into the villain where “If she doesn’t scare you/ No evil thing will”.

When talking to Glamour about playing this iconic villain, Stone said, “It was so cathartic… It’s incredible when you let any social thoughts drop out of your head, when you think no one has to like me and in fact think, ‘I’d prefer if they didn’t.’ I just want what I want. I am single-minded. It is not something that you can really live in, in real life, for very long at all but it’s just so phenomenal!”

Considering that Emma Stone is only 32, I’m sure there will be many more roles to add to this list in the future.