A Tribute to Laverne Cox: The Trailblazing Trans Icon Who Changed the Face of Entertainment 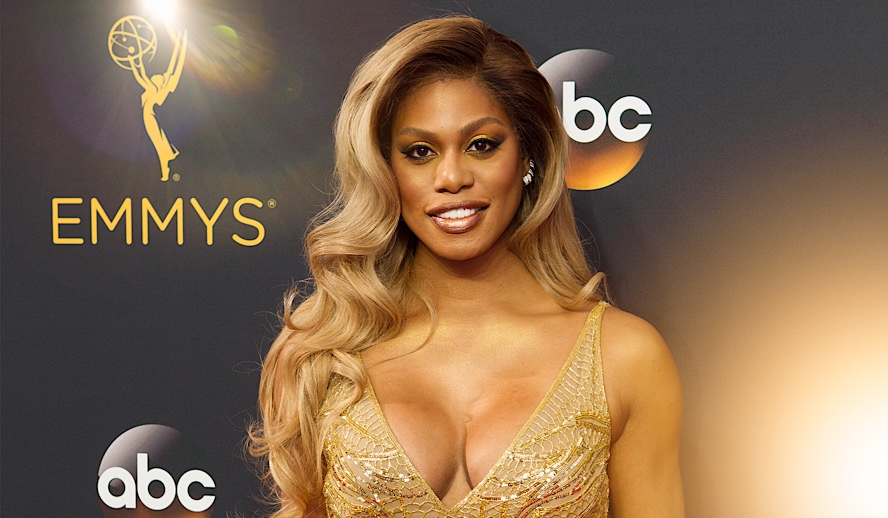 LGBTQ representation in media has been at the forefront of queer theory for some time now.  From early tropes of gay characters being sassy, superficial background characters in shows like ‘Sex and the City’ to modern thought-provoking, intersectional representation of LGBTQ life as exhibited in films such as ‘Moonlight,’ the queer community’s representation in the entertainment industry has made tremendous strides over the past few decades. With these more fleshed out and empathetic portrayals of queer characters, the dehumanization of LGBTQ people is gradually weathered in the process of this normalization. Unfortunately, this progress has not come easily.

It has taken decades for queer people to even be allowed to openly express their identities in media and the battle for equal representation in entertainment rages to this day for the most marginalized of the LGBTQ community, namely trans people of color. The trans community is among the most vulnerable in the world (we saw this in the robust transphobic agenda of the Trump administration). It takes brave leaders to advocate for and implement positive trans representation in the entertainment industry to create a safer, more compassionate world for trans people. Fortunately for our society, Laverne Cox has defied all odds in succeeding as a trans actress and uplifting the entire LGBTQ community along with her.

Laverne Cox has established her career by consistently doing the unimaginable. Even with the influx of exciting queer entertainment that the past decade delivered, trans actors did not see the same amount of opportunity for starring roles as gay people did. For example, when some shows or films were centered around a trans protagonist, the trans character would often be played by a cis actor, like Jeffrey Tambor in ‘Transparent’ and Eddie Redmayne in ‘The Danish Girl.’ This makes Laverne Cox’s emergence into the spotlight all the more extraordinary and crucial. Although Cox had been working as an actress since the onset of the 2000s, it was not until her role in the Netflix breakout series ‘Orange is the New Black’ that Laverne began to receive her due recognition from the mainstream.

Cox’s performance as Sophia was revolutionary, not only in its substantive representation of Black trans women, but also for its critical success which made Laverne the first openly trans person to ever be nominated for a primetime Emmy award. Since ‘Orange is the New Black,’ Cox has continued to star in several projects including 2020’s must-watch film, ‘Promising Young Woman’ and her self-produced ‘Disclosure.’ The unprecedented success of Cox defies the transphobic norms the entertainment industry has unwaveringly adhered to and teaches all trans people that barriers can be broken.

While most entertainers who have amassed the accolades that Laverne Cox has would set a laser focus on their career development, Cox has much more altruistic goals in mind. Though it is true that Laverne is a hardworking actress and producer who is consistently stepping up her game in the entertainment industry, the star dedicates just as much of her career to advocating for social justice. As one of, if not the, most famous trans people in the world, Cox is aware that she has an unusually large and consequential platform to promote the fight for trans rights.

In almost every one of Cox’s interviews or late-night show appearances other stars utilize for promoting whatever project they are working on, Laverne takes on the dual task of advertising her creative endeavor as well as enlightening the world on a trans rights issue audiences may not be aware of. For example, Cox made an appearance on ‘The Late Show with Stephen Colbert’ to advertise for her 2017 drama series, ‘Doubt,’ but only spent about half of her segment plugging the show.

After enthusiastically explaining the plot, her character’s backstory as a trans lawyer, and the show’s airtime, Cox segued to talking about Gavin Grimm, a transgender boy who sued his school for banning him from using the boys’ bathroom simply for being trans. Laverne flawlessly shifted from the role of star to teacher as she articulated the injustice enacted on Grimm and how important it is for every audience member at home to support him in his trial. This was not the first time Cox brought up the case of Grimm during a time slot conventionally dedicated to entertainment.

In fact, the actress even took a moment during her presentation of Lady Gaga and Metallica during the 2017 Grammys to encourage viewers to look into the case of Gavin Grimm. While this call to action upset many music lovers who would have preferred to separate politics from music, Cox did the honorable thing by using one of the largest platforms to assemble a coalition of allies for Grimm as he faced an all too common form of institutional transphobia.

Laverne Cox’s activist spirit has not waned over her years in the spotlight. The actress was especially vocal during this past summer’s massive spark in the Black Lives Matter movement following the death of George Floyd. During the protests that marched around the globe demanding racial justice, Cox made an appearance on ‘Today’ to express the intersectional approach the Black Lives Matter movement must take to be effective in fighting for the lives of all Black people. “I think it’s really important that in all of our movements for social justice we cannot leave anyone behind… Just because you are LGBTQIA+, I am still Black. I still experience structural racism.” Cox explained during her interview on Today, “Trans folks still experience that on top of transphobia, on top of sexism… on top of classism.”

Cox has clarified the strange position her fame has put her in as a trans person and advocate for human rights. “It’s complicated because, just because I am on the cover of a magazine does not mean the everyday lives of transgender people are not still in peril,” Cox said. “To really change the landscape, they can’t just be included in the media but fully into society.” While it is unfortunate that other major stars do not feel as though they need to be constantly utilizing their platforms to advocate for human rights, Cox’s unrelenting use of her platform to better the lives of all trans people is what makes her a role model and superstar.

‘The Laverne Cox Show’ Makes the World a Brighter Place

Following all of these extraordinary achievements and exhibitions of righteous influence, how can one neatly sum up Laverne Cox? On top of flipping the cisnormative expectations of mainstream media, Laverne Cox has additionally surpassed all assumptions of the star’s capability as an entertainer. After succeeding in the field of acting, producing, and modeling, Cox’s latest creative venture is in the emerging world of podcasts in the form of ‘The Laverne Cox Show.’ In this podcast, Laverne lets everyone in on her spectacular worldview as she takes on deeply personal but universal topics from the gender binary to dating in your 40s. ‘The Laverne Cox Show’ is the best peek into the brilliant brain of Cox there is as the star breaks down all the intricacies of life in the classic Coxian goal of making the world a more compassionate place.

Examples of this come in a conversation between Laverne and renowned author Brené Brown on the current polarized state of American politics. Even in the context of political divisiveness the conversations always get to the root of what it means to be a human seeking acceptance as Brené posits, “I think there’s a very short line between acknowledging privilege, interrogating power, and feeling shame.” Another one of Cox’s uber enlightening conversations comes about with the help of her guest Virgie Tovar, an author, and lecturer, as they discuss the crisis of fatphobia. “If you can kind of look at that scenario and your primary concern coming out of that is ‘Are these people cardio-metabolically healthy?’” Virgie explains, “I think you really missed a crucial point which is that people are being denied basic human rights and dignity. That’s a very urgent issue.”

Here Cox fosters a welcoming environment in which Virgie can share her experience and listeners can understand something new about the way marginalized people live their lives. From her Emmy nominations to her relentless activism to her newest enterprise in podcasting, Laverne Cox has proven herself to be a modern-day Renaissance woman. As the star continues to pursue her passions and fight for human rights, Laverne blazes a trail of empowerment for everybody seeking a more loving future.