Scarlett Johansson Sues Disney Over ‘Black Widow’ Profits; What This Could Mean for the Future of Streaming 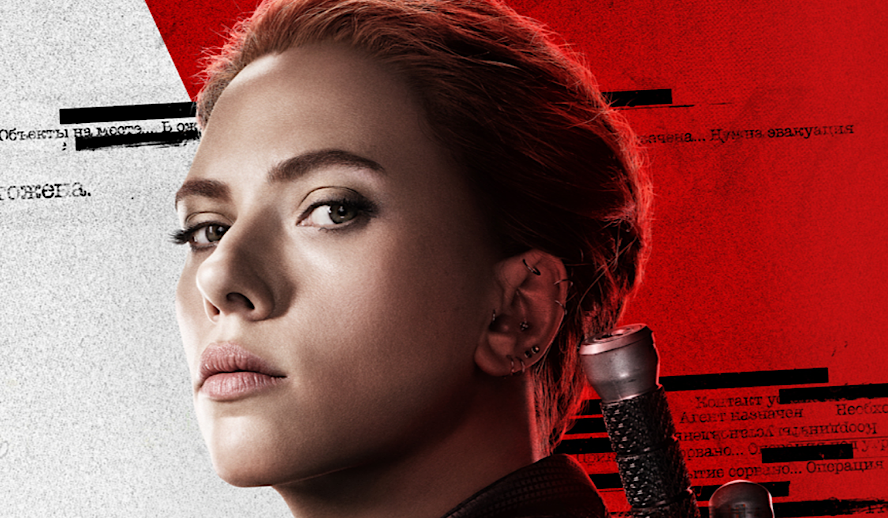 With the rise of streaming services in the past decade, media distribution has been forever changed. Now, you can watch hundreds of movies and television shows anywhere at any time. Companies like Netflix, Warner Bros., and Disney, among others, all have their own platforms and have been fighting to get ahead of the competition, creating their own original content and hiring big names in Hollywood, like Martin Scorsese or Leonardo DiCaprio. Once the COVID-19 pandemic hit and shut down theaters worldwide, it forced the hand of many big studios, who had to release their movies on streaming platforms rather than a wide theatrical release. Now that they have begun reopening this past year, these entertainment giants have been looking to keep their platforms relevant while still releasing new content in movie theaters. Their solution? Release their movies in theaters and on streaming on the same day.

It all started when Warner Bros. announced in December 2020 that they would be releasing their entire slate of movies for 2021 both in theaters and on HBO Max simultaneously. Disney soon followed suit, releasing their films both on the big screen and on Disney+ for $30 dollars with “Premiere Access”. Now, over 7 months later, acclaimed actor Scarlett Johansson is suing Disney for breach of contract in relation to that very decision last year. This lawsuit is huge and considered by many to have heavy implications for streaming services down the road. So, what happened that earned the ire of one of Hollywood’s biggest stars and what does it mean for the future? It could mean a lot, actually.

Back in December of last year when Warner Bros. made their announcement, it was met with a polarized response, with some for the idea but many actors and filmmakers (including director Christopher Nolan) against it. Many stars have deals in place where their payout comes from a film’s box-office performance, earning a percentage of the film’s total earnings. So when the Warner Bros. deal was announced, many were upset at the idea of lost profits. Luckily, they worked quickly to make everyone happy by spending a whopping $250 million on backend deals for the stars of its upcoming films.

Disney, while following in the footsteps of its competition, failed to follow Warner Bros.’s lead and payout its stars, and that’s where their issue lies today. Scarlett Johansson is suing the company for breaking their contract with her for her film ‘Black Widow’, where she both starred in and served as an executive producer. Her contract involved a guaranteed theatrical release, and that a portion of her salary would be tied to the film’s box-office performance. When Disney decided to switch up their release method for 2021, they never reworked her contract. Thus, after the release of ‘Black Widow’ and still no change, Johansson sued.

Disney, so far, has not taken too kindly to this. They released a statement in response to the lawsuit, sharing their sentiment about the actor’s lawsuit.

“There is no merit whatsoever to this filing. The lawsuit is especially sad and distressing in its callous disregard for the horrific and prolonged global effects of the COVID-19 pandemic. Disney has fully complied with Ms. Johansson’s contract and furthermore, the release of Black Widow on Disney+ with Premier Access has significantly enhanced her ability to earn additional compensation on top of the $20M she has received to date.”

Many have criticized the statement, including Johansson’s talent agency and multiple women’s groups, believing the statement to be selfish and that accusing her of being callous about the pandemic is a harsh accusation that has no real ground. Johansson and her team have released a statement as well in response, claiming that Disney has “shamelessly and falsely accused Ms. Johansson of being insensitive to the global pandemic”.

The Start of a Movement

Now, contract disputes are nothing new in Hollywood. Actors deal with them all time, usually behind closed doors so studios can avoid the bad PR. What makes Scarlett’s case different, however, is a multitude of reasons. For one, this lawsuit has become public knowledge rather than keeping it under wraps like the aforementioned people above. Having a case like this out in the open leads to more people paying attention to it, something that could help her and also hurt her case as well. Most lawsuits in Hollywood also usually wouldn’t garner this much attention, but given that Johansson is an A-list actor with plenty of pull in the industry, it’s definitely something worth keeping an eye on.

In fact, because of this case being out in the open, she’s garnered more public support from those in and out of Hollywood, from people like actor Alec Baldwin and politician Andrew Yang, among others. Johansson’s actions have empowered people, so much so that it has been reported that actors Emma Stone and Emily Blunt are considering taking legal action for the profits of their movies as well, ‘Cruella’ and ‘Jungle Cruise’. This case is important for the less-famous people in the industry who have felt mistreated by big studios but don’t have the power or influence to do anything about it.

Star Power and the Box Office

With Scarlett Johansson’s lawsuit, there are big implications for the future of streaming and how people will get paid for their movies. When a movie is released in theaters, those involved will usually get a cut of the box-office earnings as their pay-out for working on the film. But what happens if the film goes direct to streaming? Or what if it does both? It’s hard to calculate box-office earnings when it comes from multiple sources. When it comes to profiting off of streaming, everything is still in a grey area because streaming is still such a new phenomenon in the industry. With Johansson’s case, everything could change with how big-name actors are paid for their movies. Success on streaming is different from success in theaters, and it will be interesting to see how actor’s contracts in the future will compensate them for both.

It also begs to raise the question: If this is how big studios like Disney are treating their big-name actors, then how do they treat the lesser-known actors and filmmakers? There are many creatives who don’t have the star power that Scarlett does; How are they being treated behind the scenes? It’s something worth noting, and part of the growing battle between actors and intellectual properties. Actors care about getting paid but studios are putting more emphasis on the properties they bring in rather than the talent who work on it. It’s all about what draws in audiences more: The actors or the IP itself.

This could be part of a shift in Hollywood that will affect the future of famous properties. As Scarlett Johansson and Disney battle it out over contract and monetary rights, this could potentially send shockwaves in the industry that change the status quo and become part of Hollywood’s ever-growing shift into the world of streaming services. How much impact will this have on the future of Hollywood? Only time will tell, but it’ll be interesting to see what comes of this case and how it will affect the industry in the long run.