‘One Flew Over the Cuckoo’s Nest’: Revisiting a Classic with Jack Nicholson and his Nurse Ratched 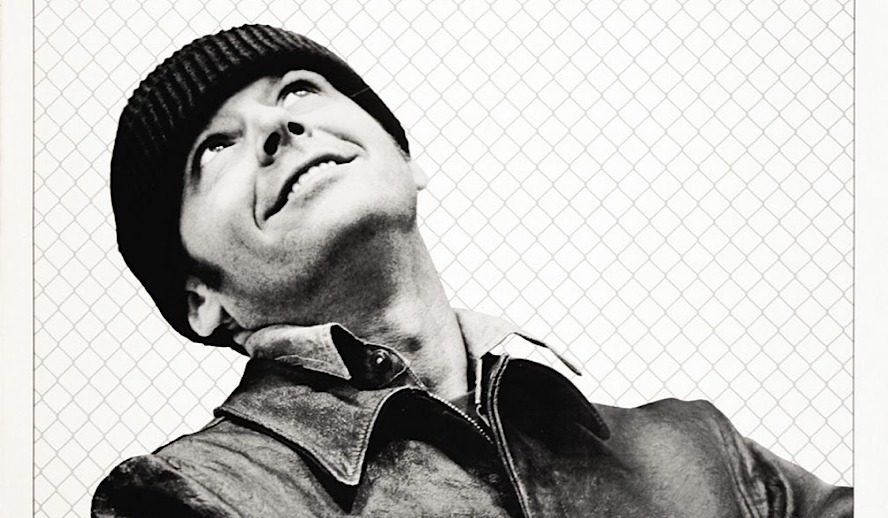 Photo: ‘One Flew Over the Cuckoo’s Nest’/United Artists

‘One Flew Over the Cuckoo’s Nest’ is a moving drama about the troubled patients in an asylum controlled by the domineering Nurse Ratched (Louise Fletcher). Jack Nicholson stars as R. P. McMurphy, a new inpatient who has pled insanity to escape manual labour and whose underestimation of the institution and ensuing conflict with Nurse Ratched prove to have enormous repercussions. The film boasts fantastic performances, a nuanced portrayal of mental illness, and a moving story.

Great Characters of ‘One Flew Over the Cuckoo’s Nest’

R. P. McMurphy is a great character. Known for his performative displays of madness, Nicholson was born to play the role of a man who feigns insanity yet is increasingly genuinely maddened by his surroundings. Murphy is a difficult character – his assessment of his statutory rape conviction is chilling, he is inconsiderate towards the mentally ill and racist towards others. He is no hero, but his redemptive arc is moving. He undergoes a grueling journey that should test the empathy of any viewer. Initially selfish, his increasing compassion for the other men is realistically portrayed. He never changes dramatically, but he evolves. As his mind is ruthlessly attacked by the doctors you forget his faults and root for the preservation of his humanity, which is a beautiful thing. His relationship to the other patients is very well handled – you clearly see why it is ultimately doomed but he provides them with a sense of leadership which gives them much-needed lust for life. In one moment his brief departure causes total chaos – their increased dependency on him is moving.

The best of these relationships is between himself and Chief (Will Sampson). Initially the most remote patient, Chief’s arc seems to parallel with Murphy’s in fruitful ways, and leads to some interesting revelations, heartwarming moments (when the group plays basketball), and one of the most memorable and bittersweet climaxes you will see.

The film is nuanced and believable in its depiction of the mentally ill. The patients aren’t generically crazy. Instead, each of them is afflicted with very particular conditions. Harding seems eloquent and better adjusted than the others but is quickly shown to be just as troubled. Mr. Cheswick’s childlike fragility is incredibly well-played by Sydney Lassick. An almost unrecognizable Danny DeVito (If you are used to Frank Reynolds) also fits in perfectly. The performances seem to do justice to the types of struggle they are portraying. The direction also enables this. Milos Forman doesn’t approach the content stylistically – the camerawork is naturalistic and allows the performers and story to take center stage. Forman and the actors make a very specific, potentially alienating scenario relatable, and this naturalistic approach, I think, is part of why it works.

Beyond this, the film also possesses interesting contextual detail which adds to its richness. Chief’s arc, particularly his ultimate destination, is made more poignant by his Native American origin. The background of the Vietnam war provides some useful history behind the patients’ struggles. Most of the hospital workers are black, and they are particularly vulnerable to the hospital’s rule, as we see when Dr. Turkle (Spot The Shining’s Scatman Crothers) misbehaves with McMurphy. The film presents a useful social context that deepens its subject matter without being preachy, which is always a welcome feature.

The claustrophobic location of the film really adds to its impact in conveying hopelessness – so much of the action takes place in dull, confined rooms, and you become desperate to see life beyond the sordid institution. When characters erupt emotionally you therefore understand, empathise with, and feel their frustration.

As well as the performances and direction the film’s script offers an interesting perspective on the nature of madness. It questions our diagnoses of insanity and our perceived right to control the freedom of those deemed so. When McMurphy bluntly asks, “Do you want me to shit on the floor?”, he not only blasphemes hilariously, he questions our need to make firm, broad separations between sane and insane.

More generally, the film questions other core legal conventions. McMurphy jokingly asks why he is in prison for having several fights when a boxer can be a millionaire for having 40. The answer is because his violence is uncontrolled, but he still challenges general hypocrisy in what we think constitutes bad behavior. Why should engaging in the odd fistfight have such life-altering repercussions on the perpetrators, as it does to McMurphy? Questions like these subtly interrogate our values regarding human decency and are a testament to the film’s depth. Though the film specifically targets mental illness, more can be read into it for those who want to.

As I was re-watching the film The Joker’s “schemers” monologue from The Dark Knight came to mind. Nurse Ratched is a schemer. She tries and mostly succeeds to control everything and everyone in the institution to keep things in order. She shuts down any change in routine, and in response, all her patients can do is to rely on chaos. By empathising with McMurphy’s chaotic antics, I began to see the world as the Joker would – in this world any disruption, no matter how violent, is totally justified because there is no other alternative other than increasing madness and/or death. Instead of causing fear, however (unlike the Joker), Murphy’s madcap exploits offer a wonderful source of escape even though the pleasure they create is often short-lived. The film makes a good case for the therapeutic benefits of free-reign in the face of too much order, which is a powerful message in this context. One Flew Over The Cuckoo’s Nest’s outlook is bittersweet in this way- it succeeds in powerfully conveying a sense of desperation whilst showcasing the glory of those brief moments of mad relief.

The humour is also well-judged. It is difficult to have a character as insensitive as McMurphy be funny and in such a hopeless situation, but Nicholson and the rest of the cast bring some much-needed levity. Though tragic, the film isn’t always oppressive and it knows how to expertly tread the line between horror and comedy. For example, McMurphy’s blunt assessment of Nurse Ratched as a “Cunt” would be horrifying in another context yet in the moment it is a rousingly funny pushback against the oppressors.

Speaking of oppressors, Nurse Ratched is a truly hate-inducing character, excellently performed by Fletcher. Though it is possible to see her as well-intentioned yet misguided, the film convinces me to see her as McMurphy does; as purely evil. Her attempts to “scheme” are so disheartening that I root for her world to crumble down violently, as the Joker would. She isn’t the only reprehensible figure – the entire medical staff seems totally uninterested in genuinely helping the inmates. The film’s climactic lobotomy was the horrifying final straw. Though perhaps one-sided in its portrayal, the film’s rotten antagonists heighten the story’s sense of conflict and drama.

One Flew Over The Cuckoo’s Nest is so upsetting that though excellent, it requires a certain mood to be consumed in the right way. Its visual drabness both adds and detracts from its enjoyability. On the one hand, it needs to be this way so that the story’s critique of control and imprisonment ring true, but it is often difficult to watch – spending so much time in that god-awful asylum is thoroughly unpleasant. It makes the film good, but it also contributes to the infrequency with which I re-visit it.

I also think that for myself, the presentation of healthcare is too one-sided. Of course, American medicine at the time needs to be criticised for the film to work (and it should be), but Nurse Ratched and her peers are in my eyes, irredeemable, and a little more of their perspective or feeling of goodwill might have been necessary to further complicate the film’s morality. Ratched has some reason to feel justified in hating McMurphy, but when I watch the film I simply disregard this and despise her. Her motives are subtly presented, but perhaps too subtly. Maybe this says more about the sides I tend to take than the film, but the one-sidedness I see might be a chink in what is an otherwise well-armoured script.

Overall, One Flew Over The Cuckoo’s Nest is just one of those films everybody should watch. It offers an empathetic storyline with a difficult, complex character whose journey is genuinely powerful. This character detail is its main strength- the interactions are substantive and the climax is a complete demonstration of this. Nurse Ratched could do with a clearer arc but she still fuels the sense of desperation and sadness that is so crucial to the story and is certainly believable. It is a shame that even this seemingly conclusive film is vulnerable to the current, endless plundering of past classics (see: Ratched), but at least it gives us a reason to revisit a truly fantastic piece of work.