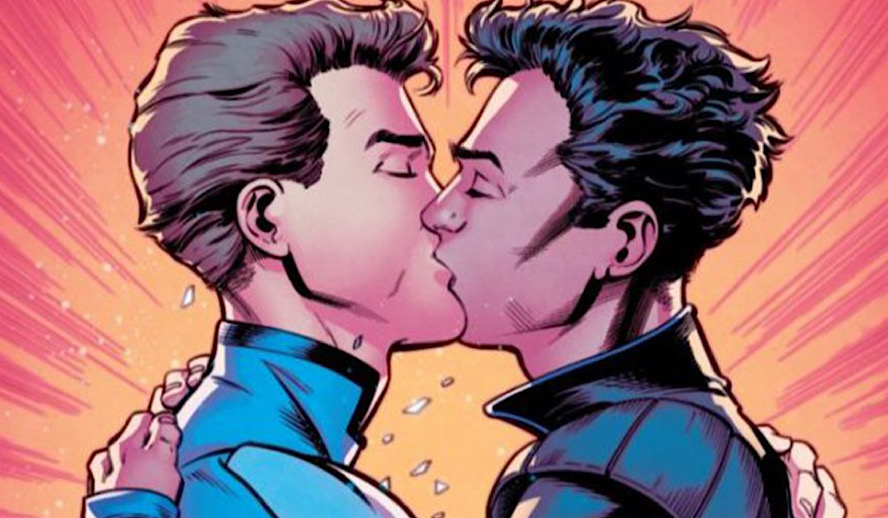 As the LGBTQ community makes strides in terms of representation in both social justice and entertainment, the opportunity for queer achievement is made apparent to be more and more boundless. From the days of Hollywood’s Hays Code in which queer characters were banned from film to the cancelation of Ellen DeGeneres’s sitcom following her coming out as lesbian, extraordinary progress has been made in the representation of LGBTQ people in the entertainment industry.

Over the years, depictions of queer characters have slowly but surely claimed their space in the mainstream and remodeled it as LGBTQ stories broke into almost all genres of film. From stirring dramas like ‘Moonlight’ and ‘Carol,’ to romantic comedies such as ‘Love, Simon’, to musicals like ‘The Prom’, and even stretching to the thriller genre with films like Natalie Portman’s ‘Black Swan,’ queer stories prove their steady ability to revolutionize the standard of film.

One genre that is notably absent from those that have embraced putting LGBTQ stories at the forefront is the mammoth blockbuster force of the superhero genre. The most rapidly successful category of film came in the form of the superhero movie, largely following the Marvel Cinematic Universe’s sweeping of both domestic and global box offices, holding 5 of the top 10 highest-grossing worldwide films including the number 1 spot with ‘Avengers: Endgame.’ With this power comes great responsibility, and both Marvel and DC have exhibited their eagerness to use their platforms for good, utilizing historic films such as ‘Black Panther’ and ‘Wonder Woman’ to highlight identities that are virtually nonexistent in the protagonist roles of blockbuster action movies. Of all these phenomenal feats, there is one accomplishment evidently absent from the achievements of superhero film production studios across the board; throughout all 23 MCU films and decades of DC movies, there is yet to be a blockbuster film with substantial inclusion of LGBTQ superheroes.

The Movement for Gay Superheroes

Although this may come as a surprise to fans of the films, it comes as no shock to comic book connoisseurs that the source material for Marvel and DC films has been full of LGBTQ superheroes for years. In the comics, several of the most iconic and beloved superheroes and villains have taken on queer iterations. This includes fan favorites Loki, who has expressed genderqueer and bisexual identities in Marvel Comics, and Harley Quinn whose relationship with Poison Ivy was confirmed to be more than platonic by the creators of her comics. Even Wonder Woman, one of, if not the most emblematic figures of superheroism, has been confirmed as queer in her comic book form.

Renowned comic book writer, screenwriter, and novelist Greg Rucka discussed Wonder Woman’s woman-inhabited home of Themyscira, “It’s supposed to be paradise…  You’re supposed to be able — in a context where one can live happily, and part of what an individual needs for that happiness is to have a partner — to have a fulfilling, romantic, and sexual relationship. And the only options are women… Now, are we saying Diana has been in love and had relationships with other women?…  The answer is obviously yes.”

In recent weeks, entertainment media entered a frenzy as the comic book rendition of wildly popular ‘Guardians of the Galaxy’ superhero, “Star-Lord” was confirmed to be bisexual. This placed Marvel and ‘Guardians’ star, Chris Pratt, at the center of controversy as the studio’s tepid approach to LGBTQ representation and Pratt’s conservative optics went at odds with the comic book character’s departure from heterosexuality. Back in 2019, LGBTQ advocate and trans actor Elliot Page called out Pratt for belonging to a church known for pushing homophobic rhetoric.

In a tweet, Page wrote, “If you are a famous actor and you belong to an organization that hates a certain group of people, don’t be surprised if someone simply wonders why it’s not addressed. Being anti-LGBTQ is wrong, there aren’t two sides.”

Luckily, not all superhero stars are opposed to a more queer and inclusive film universe. During the ‘Amazing Spider-Man’ films of the early 2010s, then Spider-Man star, Andrew Garfield, conveyed his enthusiasm in portraying a queer Peter Parker. Back in 2013, Garfield shared, “What if MJ is a dude? Why can’t we discover that Peter is exploring his sexuality? It’s hardly even groundbreaking!… So why can’t he be gay? Why can’t he be into boys?” Although nothing came from Garfield’s inquiries, they were later echoed by the actor currently holding the Spider-Man mantle, Tom Holland.

When prompted on whether he supports a more LGBTQ-oriented Marvel Cinematic Universe, Holland responded, “Yeah, of course… The world isn’t as simple as a straight white guy. It doesn’t end there, and these films need to represent more than one type of person.” With these calls to action from both the source material of the comics and the stars who portray the superheroes in the massively successful blockbusters, when can we expect the Marvel and DC film studios to step up to the plate and give LGBTQ fans the representation they deserve?

The LGBTQ Future of Superheroes and Beyond

As the demand for queer representation in the dictating film force that is the superhero genre escalates, the two major super-studios, Marvel and DC, have underwhelmed LGBTQ audiences. The MCU included its first openly gay character in ‘Avengers: Endgame’ in which (straight) director Joe Russo made a cameo, briefly mentioning his character had been on a date with a man. Although these 30 seconds of the almost 3-hour film are indeed revolutionary as they effectively prove the mere existence of LGBTQ people in the expansive Marvel Cinematic Universe, this is not the representation that queer fans should expect, nor deserve from their superhero films.

Although the recent DC films are not quite in their prime as is the empire of the MCU, their early 2020 release, ‘Birds of Prey’, outdoes every Marvel film in terms of queer representation. Although none of the main superheroes are at least explicitly gay, Rosie Perez’s Renee Montoya is an unmitigated lesbian who is even shown fighting with her ex-girlfriend played by emerging comedian Ali Wong. Montoya is the first-named canonical queer character in either Marvel or DC films, and although 2020 is a devastatingly delayed onset for positive LGBTQ representation in superhero films, it only appears to be the beginning.

Seemingly feeling the pressure of the growing outrage of LGBTQ erasure from the genre, Marvel’s head honcho Kevin Feige finally broke his silence on when audiences can expect to see a more queer-inclusive cast of superheroes in his cinematic universe during 2019’s Comic-Con. At this event, Feige and ‘Thor: Ragnarok’ director Taika Waititi declared that Tessa Thompson’s character, Valkyrie is indeed bisexual and will be pursuing female love interests in the next installments of ‘Thor’ films. This confirms that the MCU has in fact featured queer superheroes in their movies, though audiences will have to wait for the next ‘Thor’ movie to knowingly enjoy an openly bisexual Valkyrie. Feige held other impressive news in the form of the upcoming ‘Eternals’ film, in which it is reported that the first gay kiss will grace the Marvel Cinematic Universe.

To LGBTQ children, and even adults, seeing a superhero that is confident in their queer identity save the day makes a world of difference as the begrudging evils of homophobia and transphobia continue to permeate society from microaggressions to violent hate. For Marvel or DC to provide space for an LGBTQ superhero in their all-star lineup would validate the queer experience and signal the progress global society and Hollywood have made in uplifting communities considered too “impure’ for film screens less than a century ago. Among all of these predictions and ambiguous signals, one thing is for sure; regardless of whether Marvel and DC choose to stand in the way like one of their own supervillains or don a cape join the fight for positive representation, LGBTQ people will continue to assemble and expand their inevitable takeover of the entertainment industry.