‘The Batman’: With Robert Pattinson in Titular Role, is it DC’s Final Shot At Being Marvel’s Equal or Better? 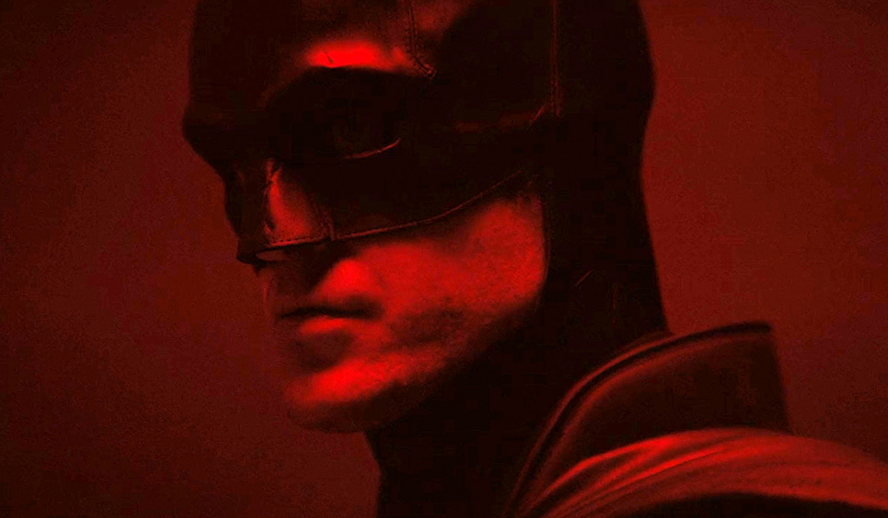 It is no secret that DC Films has held a consistently polarized perception by the general public since it’s Dark Knight glory days ended in 2012. Marvel’s total domination made even the slightest of fumbles by DC look like absolute failures, which surely did not help. As of late, however, they have seemingly found a groove, starting with the fun and safe Aquaman, the refreshing Shazam!, Harley Quinn’s solo outing, Birds of Prey, and of course, 2019’s Joker. I expect Wonder Woman 1984 to continue that string of successes which would give them a five movie hit streak. Not bad eh? Of course, you may be wondering why I’m saying all this after seeing the title, “The Batman: DC’s Final Shot.”

Though they have enjoyed the varied-but-positive success of those aforementioned films, DC has a lot of work to do in order to not just change the public’s view but catch up with their competitors. If you look back to Wonder Woman, we thought DC had figured it out. Then Justice League happened. Thankfully, this string of successes followed, but DC’s 2016-17 proved that you need Marvel Cinematic Universe type of success to truly stand out in a crowded genre. DC’s most iconic character, Batman has had a similar cinematic history: a roller coaster of highs and lows. Now he’s about to make his second debut in the DCEU in 2021. The Batman has been through a lot, and you can learn about its production issues here. But fans are starting to have hope about the latest re-telling of the World’s Greatest Detective, and they should be. In fact, The Batman is the only comic book film on its way that truly excites me. I am still worried that it could be another flop though. You see, I was firmly on the Batman Vs. Superman and Suicide Squad trains. We all know how that ended.

Despite the anxious feelings you may be experiencing with all the news, test footage, and set pictures, good or bad, I’m here to explain why DC’s The Batman is the studio’s most important film that will launch them into the next level.

For whatever reason, DC thought that taking Marvel’s six-film template and crunching it into four would work. That plan failed spectacularly. And even if they had been as patient as Marvel, my gut says it wouldn’t have quite worked due to a plethora of reasons: bad leadership which thankfully has been replaced, lack of visionary direction, and departure from the comics. Had those three problems not existed, there is a really good chance those four films (Man of Steel, BvS, Wonder Woman, Justice League) would gel really well.

DC has gone more of an independent route as of late, which works on so many levels. It’s amazing how we as a culture have forgotten about the days when comic book films didn’t fall into some greater narrative where you had to watch 20 movies to catch up to speed. Even though DC’s films technically fall into a single universe (except for one), the last few standalones tell fun stories without needing past films to be good.

But it isn’t just the standalone aspect. These last couple films have stood out in the genre, with the best of ‘em being Joker which was clearly not bogged down by the normal noise that comes with comic book films. Todd Phillips’ vision is present, and DC was definitely not worried about giving him liberty, which in turn gave it an artistic flair sorely missing in the genre. DC likes this new direction and has suddenly grown a pair, something Marvel is unlikely to do especially under Disney’s family-friendly guidelines. The Batman will profit with this independent approach, allowing the creative team to focus on the titular character and no one else.

This main point stems from one mind, a brilliant mind at that: Matt Reeves. The minute he was signed on as Ben Affleck’s replacement, I jumped back on the bandwagon. Reeves’ work on possibly my favorite trilogy ever (Planet of the Apes) was both refreshing and revolutionary. But I knew we were in good hands when news of his vision for the film began to trickle.

First, this take will be a younger version, a Batman trying to figure out what he wants to be. Second, the detective aspect of Bruce Wayne has regularly received the short end of the stick, going more action and less thinking. This detective noir with clear 70s and 80s vibes is the exact film I’ve been asking for. And finally, one of the greatest stories in the Dark Knight’s history, The Long Halloween, has reportedly been the inspiration for the plot. For those of you who don’t know, Halloween is a story in which a serial killer strikes only on holidays during Batman’s early days as a crime fighter. If all these above points do turn out to be even half true, fans of the detective should breathe a sigh of relief knowing that a man such as Reeves is taking such great care with the hero.

It doesn’t really matter who gets cast, there are always haters when it comes to the Caped Crusader. But anyone who knows me knows I’m an avid Robert Pattinson defender. He’s had one strange career, and it’s been for the better. Learning to hone his acting chops and use them for a wide array of characters, Pattinson has strangely morphed into one of the 21st century’s most respected thespians. While he may not have the big build Affleck has, I do know he will be able to get the psyche down, which is vitally important. Love it or not, Batman is just as Pattinson said he is: crazy. I’d take it as far as saying Bruce Wayne shows psychopathic tendencies. If that offends your sensibilities, you may need to rethink just who Batman is. If Jeff Bezos was a dark brooding loner and the richest man on earth (which he is) who then disappears for years to train and become a vengeful fighter after a traumatic childhood, return to his city dressed up as a human bat who beats criminals to a pulp with vicious punishments (though he won’t kill), you’d think he’s insane. Well, that’s Batman. Yeah, he’s just a little “crazy and perverse.”

Knowing Pattinson will add a layer of depth while recognizing the fight within Bruce Wayne who regularly struggles with his own demons is exciting. Ben Affleck went too far at times, Christian Bale was solid, nothing more, and Michael Keaton was more the strange-oddball than dark-vigilante. Pattinson has a chance over the course of the trilogy to mold Batman into the strong hero we’ve come to adore.

With each cast member announcement and every set photo, I eagerly watch the calendar, praying June 21st will come sooner rather than later. Although filming has been halted due to Coronavirus outbreak. If Matt Reeves pulls off his take on the (arguably) greatest comic book character in history, he will become untouchable. DC needs – scratch that – must hit a home run with this one. A triple or less won’t do. They have to show that they can handle the pressure. If not, The Batman will be the nail in the coffin, laying the movie studio to rest once and for all.