Everything We Know About ‘Wonder Woman 1984’: Much Anticipated, Much Delayed 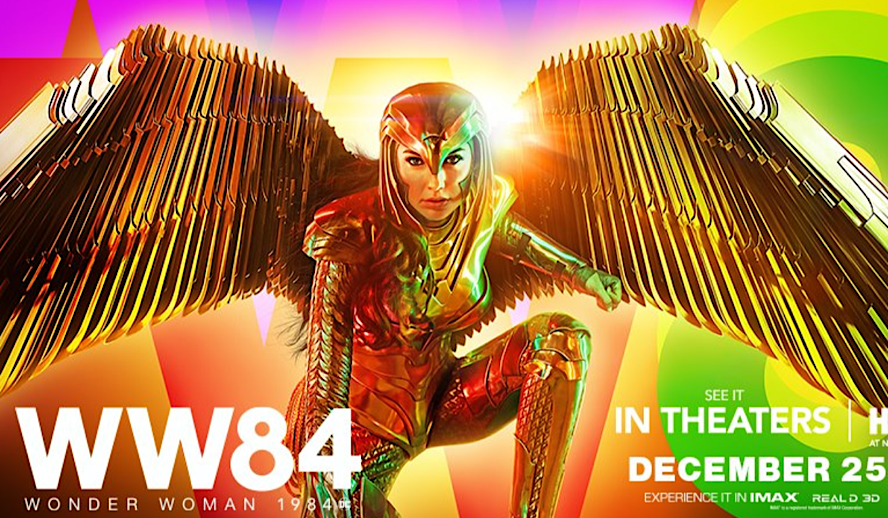 When it comes to superheroes, there are two pantheons that inevitably draw a comparison – Marvel and DC. In recent years, Marvel has dominated the cinematic stage, not only in terms of box office performance but by pioneering the concept of a shared cinematic universe.

Of course, Marvel didn’t invent the concept–Universal Pictures did back in the 1940s when they decided to take different characters from their wildly popular monster movies and produce crossovers, starting with Frankenstein Meets the Wolf Man.

Nevertheless, when a modern moviegoing audience envisions a shared cinematic universe, it’s going to be in the context of superhero movies. Marvel films can be generally agreed upon as being more successful, but DC managed to do one thing before Marvel did–produce a good film with a strong female lead.

The Journey to Wonder Woman 1984

Both Marvel and DC had tried before in the mid-2000s with Elektra, starring Jennifer Garner, and Catwoman, starring Halle Berry, the latter of whom is fondly remembered for being one of the few people to accept her Golden Raspberry Award in person. Both films are notorious for being critical and commercial failures, and both studios would relegate their superheroines to the small screen for the foreseeable future.

DC’s Supergirl and Marvel’s Jessica Jones both premiered in 2015 to widespread critical acclaim as part of their respective shared universes, but they weren’t movies. The distinction may not be as important to some, especially as the popularization of streaming has blurred the lines between film and television, but the lack of strong female leads in any of the tentpole superhero films was a noticeable vacuum.

Finally, after years of wallowing in development hell, Wonder Woman hit the big screen in 2017 with Director Patty Jenkins at the helm. Its star, Gal Gadot, who had previously been most widely known for her role in The Fast and The Furious franchise, charmed the world and became an A-lister overnight.

Women everywhere celebrated, not only for its refreshing portrayal of its titular character that brought desperately needed life to the DC Extended Universe, but for the success of its director who represented the triumph of a female director in an industry dominated by men.

In the wake of Wonder Woman, a slew of female directors have risen to direct other high profile productions including Cathy Yan with Birds of Prey and Niki Caro with Mulan, and of course, there are women leading the charge in genres beyond action/superhero films, such as Greta Gerwig with her landmark films Lady Bird and Little Women. However, true equality remains a goal to strive for.

Its sequel was quickly announced, taking Diana Prince AKA Wonder Woman from the gritty trenches of World War I to the colorfully nostalgic setting of 1984 (the year, not the dystopia). It was originally slated for release on December 13, 2019. I’m really looking forward to it!… Oh, that was 11 months ago?

What We Know About the Film Itself

We know that, according to Patty Jenkins herself, post-production on the film was finished months in advance of the original release date. It’ll feature the return of Chris Pine as Diana’s love interest Steve Trevor, Connie Nielsen as Hippolyta, Queen of the Amazons and Diana’s mother, and Robin Wright as her sister and Diana’s aunt, Antiope.

New additions to the series in the role of villains will include Kristen Wiig as Barbara Ann Minerva AKA the Cheetah, Diana’s friend, and co-worker who becomes consumed by jealousy, and Pedro Pascal as Maxwell Lord, a scheming businessman and infomercial mogul whose portrayal will draw inspiration from Gene Hackman’s Lex Luthor in Superman and Michael Douglas’ Gordon Gekko in Wall Street.

A Series of Unfortunate Events

Initially set for December 13, 2019, it was moved up 6 weeks to November 1 in order to avoid having to compete with Star Wars: Episode IX.

However, to then avoid internal competition with another upcoming DC film, Todd Phillips’ Joker, it was pushed back all the way to June 5, 2020. Warner Bros.’ Jeff Goldstein would explain that it was to capitalize on the same summertime success that the original Wonder Woman enjoyed, and Gadot herself tweeted that Wonder Woman would be returning “to its rightful home.”

As we all know, the summer of 2020 did not pan out as expected, and the film was further delayed, first to August 14, then to October 2, and now, finally, to December 25. For a while, even though this Christmas day release had been announced, it was still sort of up in the air whether or not it would stick. Recently, Warner Bros officially set the date, when Wonder Woman 1984 will not only screen in theaters, but on HBO Max.

Related article: Everything We Know About the Star-Studded ‘The Matrix 4’ Led By Keanu Reeves

No Time to Dilly Dally

This has already sparked controversy, not only due to the loss of the theatrical experience which Director Patty Jenkins herself laments but because of the idea that even a lukewarm theatrical release would gross more than an optimistically high HBO Max turnout. Additionally, with vaccine hopes being stoked by recent developments, it’s plausible that the world would be ready to watch Wonder Woman on the big screen come summer 2021.

Warner Bros. has already learned from their handling of Christopher Nolan’s Tenet that constantly tweaking the release date is a good way to bleed marketing costs. Therefore, a decision had to be made quickly if they were to release Wonder Woman by Christmas.

With only four weeks left before its scheduled release, COVID-19 not only refuses to die but has spiked with a vengeance, prompting very valid concerns that we may be headed towards another period of lockdowns, particularly as the holiday season itself will further facilitate the spread of the virus.

Although many of us have hoped that the path to the future would become more navigable with time, the fog of uncertainty only gets thicker with each passing day as the COVID-19 pandemic sees no end in sight.

Should the film be pushed back further, it is likely that it would be rescheduled for June of 2021 to recapitalize on a summer blockbuster box office.