All the Most Exciting News From Disney Investor Day 2020 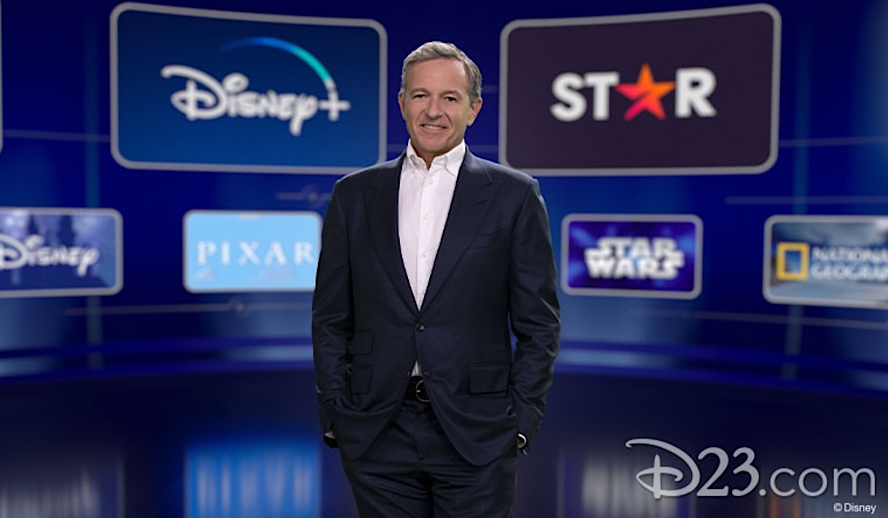 As anyone would have assumed, Disney is sprinting zealously through the avant-garde streaming industry, evident by their acquisition of Hulu and ESPN+ in addition to their massive vault of beloved content on their own service, Disney+. Though the company does get a lot of mileage out of their stories, they are trying to match pace with juggernauts Netflix and Amazon Prime, who are now both award-winning streaming services, along with HBO Max who’ve been on the climb up too. Disney announced on December 2nd that their streaming service had surpassed 137 million subscribers, a triumphant barometer reached that’s sure to grow. With that comes a lot more content, and Disney 2020 Investor Day made for very promising news of the second-largest media conglomerate in the world.

Related article: The Evolution of Zendaya: From Disney Actress to Emmy Award Winner and Leading Lady

The Future of the MCU – Marvel Cinematic Universe

Spider-Man director Jon Watts will direct a new feature film for the infamous Fantastic Four series, one that’s been attempted twice by different studios, one of which Disney just acquired. In honor of the great Chadwick Boseman, who tragically passed away recently, Black Panther/T’Challa will not be recast. Marvel did confirm, however, they will be moving forward with Black Panther 4, but will reshift the focal point from key characters from the previous films. Oscar nominee Christian Bale will be joining Thor: Love and Thunder, directed by Thor Ragnarok’s Oscar-winning Taika Waititi, as a villain named Gorr the God Butcher. With Jake Gyllenhall’s well-received performance as a villain in Spider-Man: Far From Home, it’s easy to see why Disney is sticking with A-list star power to bolster interest in their villains. Peyton Reed is sitting back in the director’s chair for the Ant-Man sequel Ant-Man and the Wasp: Quantumania and Mahershala Ali will be starring in the new Blade film.

A trailer for Wandavision premiered, and was described as a six-episode mini-series, and starts streaming on January 15th. A trailer for The Falcon and the Winter Soldier was unveiled by Kevin Feige and will be available to stream on March 19th. Loki’s standalone series will be hitting the streaming service in May. Disney introduced what they described as a newer character to Marvel comics, Ms. Marvel, starring newcomer Iman Vellani, who will get her own series in late 2021.  Amongst other Marvel announcements were original series for the marvel character Hawkeye, War Machine in a series titled Armor Wars, She-Hulk, Guardians of the Galaxy Holiday Special, and Moon Knight, rumored to be starring Oscar Isaac. These projects are all addendums to Marvel’s previously announced films, such as Doctor Strange in the Multiverse of Madness, Eternals, etc.

Keeping the rocket going that was propelled by the successful Star Wars sequels, Rogue One, and The Mandalorian, Disney also announced a cornucopia of Star Wars stories coming to Disney+. Rosario Dawson will be joining two new live-action series in the Star Wars Universe (SWU) that are during the same time of the same world in The Mandalorian story titled The Rangers of the New Republic and also Ahsoka, in which she will reprise her freshly debuted character Jedi Ahsoka Tano. Tony Gilroy is writing Andor, a Rogue One spinoff series with Diego Luna reprising his role as Cassian Andor. A wave of long-awaited excitement swept through generations of Star Wars fans when it was announced an original series titled Obi-Wan Kenobi, with the prequels stars Ewan McGregor and Hayden Christensen returning to play their roles fifteen years later as Obi-Wan and Anakin Skywalker/Darth Vader. This came as quite a shock to fans, considering Christensen scarcely associates with his Star Wars past after moving to his own farm in Ontario.

Although it hasn’t been confirmed that Donald Glover will reprise his role as Lando Calrissian, it was announced that Justin Simien is spearheading a Lando spinoff series. Patty Jenkins, the esteemed and admired director of both Wonder Woman films, will be directing a film titled Rogue Squadron. Taiki Waititi will also be directing his own Star Wars feature, but it’s allegedly in very early stages of development.

Continuing to gamble with the highs and lows of sequels, with the highs really, really paying off, Disney also announced they will be adapting the Emilio Estevez gem The Mighty Ducks into a series titled The Mighty Ducks: Game Changers, with Esteves returning as Gordon Bombay. Turner & Hooch is getting its own series, with Josh Peck replacing Tom Hanks’s character Scott Turner. In the Heights director, Jon M. Chu will join Ron Moore in leading the creative team to reconceptualize Swiss Family Robinson, a classic novel by Johann David Wyss that’s been adapted several times throughout the 20th century. Rather than a movie retelling, the story will be transformed into a series. The Little Mermaid will surface the shore once again in a live-action film directed by Rob Marshall, and starring big names such as Halle Bailey, Melissa McCarthy, Javier Bardem, and Jacob Tremblay. The big news that swept social media, and especially electrified comedy fans around the world, was the announcement of Akiva Schafer’s Chip N Dale: Rescue Rangers starring Andy Samberg and John Mulaney.

Luke Evans and Josh Gad are returning as their famously adored characters to star in a prequel to Beauty and the Beast centered on Gaston.  James Mangold is directing a fifth Indiana Jones movie that’s expected to be released in 2022 with Harrison Ford once again playing his iconic character. There will also be a remake of Three Men and a Baby, starring Zac Efron, and Cheaper by the Dozen with Gabrielle Union and Kenya Barris, and Sister Act with Whoopi Goldberg starring, and Tyler Perry producing. Hocus Pocus will be revived by Adam Shankman in an upcoming sequel. Ron Howard’s 1988 cult classic Willow is getting expanded into its own series with Warwick Davis returning to play Willow Ufgood, and the pilot directed by Jon M. Chu.  Night at the Museum, Diary of a Wimpy Kid, and Ice Age will all get animated sequels as well. Disney is making it nearly impossible for people to resist subscribing to their service, with classic names and internationally treasured stories and characters.

Chris Evans made headlines and became a top trender on social media when it was announced he will be voicing Buzz Lightyear in a standalone film new Pixar movie titled Lightyear set to be released in 2022. Some more big name news, Barry Jenkins will be directing a prequel to the Lion King, Robert Zemeckis is directing a Pinnochio remake with Tom Hanks. Disney will also be adapting the enormously acclaimed Rick Riordan book series Percy Jackson into a series. The live-action series will follow the storyline of the first five books in the Percy Jackson series, beginning with “The Lightning Thief.” Though the original film adaptations were not well received by fans or critics, it did well financially, grossing hundreds of millions of dollars at the global box office. This series is sure to pick up a lot of steam, and with Riordan reassuring fans he will be directly involved in the creative end of things, fans are feeling optimistic.

Disney Investor Day 2020 – Aside From the Mega Universes

Other projects by the studio set to be released in theaters and hitting their streaming platforms is The Handmaid’s Tale, Hulu’s award-winning flagship series, which has been renewed for a fifth season. Lin-Manuel Miranda has a new Disney animation project titled Encanto, with acclaimed Zootopia writers and directors Byron Howard and Jared Bush. There were several other FX, Hulu, and ESPN projects announced, along with smaller Disney projects, but were overshadowed by the heavily weighted, lionized, and long-anticipated announcements of Disney’s larger projects.

Disney has made it known that it’s partnering with top talent in the industry and maintaining positive relationships with auteurs, subverting from their prior reputation as being too commercially oriented for visionary filmmakers to work with, and even entrapping. They’ve pierced through that and have stepped back in the last decade to allow artists to bring their unique visions to life using Disney’s impeccable resources. Running their production department as more of a creative art house for visionaries to create freely has attracted top names in the entertainment industry, and allowing the filmmakers to have flexibility with their work has surely paid off.

Even though they established themselves as kingpins in animation and amusement parks, live-action films were Disney’s iron man suit, and they repulsed the companies revenue to record-breaking heights, with their latest film Avengers: Endgame becoming the highest-grossing movie of all time. In tandem with their animation and acquisition of multiple media companies, their combination of attracting the best auteurs in the entertainment industry, such as Patty Jenkins and Jon Favreau, exploding in the live-action genre, and getting as much mileage out of their stories as possible, these elements have perpetuated Disney’s cosmic success.