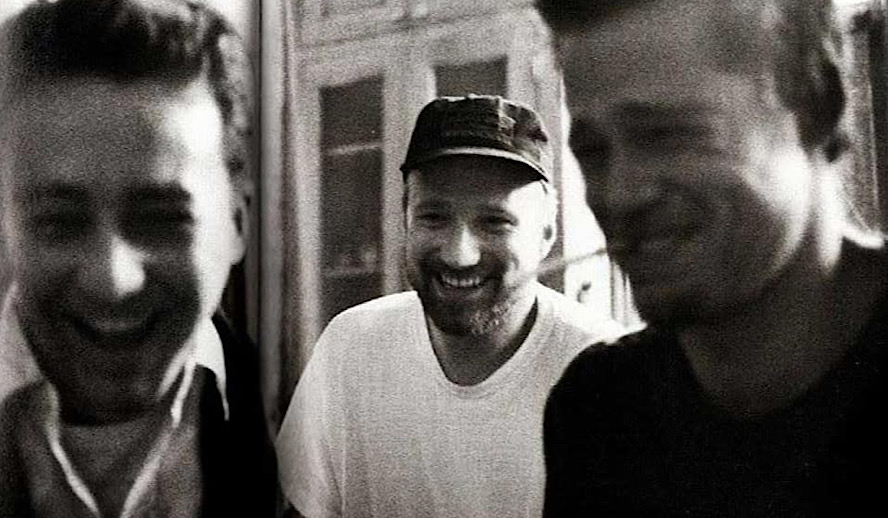 David Fincher is one of the most impressive directors working today. With the exception of Alien 3, he has consistently delivered engaging, twisted material for the past couple of decades. His films are dark journeys into the most twisted corners of human behaviour – Fincher loves serial killers, split personality disorders, and unfeeling millionaires. His films are often as forensic as the characters he depicts – they are full of meticulous detail and obsessive, precise editing. Ordering Fincher’s five best was no easy feat given their similar quality, especially the final four, but seeing as it must be done do join me as I rank his very best work.

Related article: Oscar Buzz | David Fincher’s ‘Mank’ is a Captivating Origin Story of One of the Greatest Movies of All Time

Nick Dunne (Ben Affleck) is shocked (or is he) when his wife, Amy (Rosamund Pike) goes missing for no apparent reason. Based upon the book of the same name, Gone Girl is a deliciously twisted mystery about the fallout caused by this mysterious disappearance.

Gone Girl is very well cast. Though Rosamund Pike gets all the plaudits for her all-out portrayal of Amy, Ben Affleck is a particularly perfect choice as a charming but slightly greasy high school teacher. Like the book, Gone Girl is an engaging and entertaining mystery. It embraces its implausibility and takes several deliciously sharp turns – the two and a half hours fly by. As with much of Fincher’s work, there is a deep cynicism to the content. None of the characters are particularly likeable, and it certainly won’t help any struggling marriages. Gone Girl achieves a strange, admirable tone that juggles extremely dark, sometimes unnatural humour with a sense of underlying creepiness (some of which owes to the great Trent Reznor score).

In relation to the rest of this list, Gone Girl is primarily brought down by its’ trashy elements. The presence of Emily Ratajkowski and Tyler Perry somehow lessens the drama (though they aren’t bad). The bedroom murder scene is slightly ridiculous, as is the general silliness of the overall plot. Like Panic Room, Gone Girl has a lot of B-movie content but it is directed with unbelievable precision and artistry. It is difficult to be too emotionally invested in a plot that is so layered with (deliberately) artificial characters, but to some extent, this is the point – it is perversely enjoyable to see the mad escalation of Nick and Amy’s relationship. Neil Patrick Harris is the only real downside – I didn’t buy him for one second.

Gone Girl has so much to love, even if it isn’t as substantial as the following four films.

Fight Club follows an insomniac (Edward Norton) who, with the help of the mysterious Tyler Durden (Brad Pitt), forms the titular club in which men achieve catharsis through relentless combat.

It is nice to see a film as brazen as this – Fight Club really doesn’t hold anything back. It has a tone that is totally disdainful of all things polite. This abrasive attitude is immediately apparent in every scene in the film, right through to its radical ending. Fight Club’s characters live close to death in order to feel alive – the film itself feels like a cry out against the apathy of modern life, and it certainly succeeds in giving you the physical rush needed to combat such tedium. Fight Club conveys depression and insomnia in a way that is massively heightened yet still relatable. It is also infinitely quotable – you may have noticed that I have already broken the one big rule.

With the exception of one CGI penguin, the look of the film is immaculate. Visually it is wonderfully dense – the big twist is alluded to in a variety of creative ways which, although difficult to discern the first time round become apparent during later viewings. Like every David Fincher film, it is edited with an inch-perfect precision that helps keep it consistently entertaining.

Sometimes Fight Club is a bit too proud of its fuck everything attitude. The twist is a bit obvious,  and though the ending does feel spectacular, it doesn’t emotionally hit in the way it could because we aren’t given enough of a reason to care for the world surrounding our protagonist. These gripes aside, Fight Club is a blast.

The Social Network takes the very modern, topical subject of Facebook’s creation and imbues it with timeless themes as old as storytelling itself, such as friendship, betrayal, and greed.

At two hours The Social Network is incredibly well-paced. It provides a large amount of information but never feels overwhelming. It ticks along to a gorgeous, anxious score by Trent Reznor and Atticus Ross. Its’ central character, Mark Zuckerberg (Jesse Eisenberg) is hard to like, yet he is interesting. The film presents him as an “Asshole” but manages to give him a touch of pathos which crucially makes his ascension palatable.

Related article: ‘The Social Network’: 10 Years Anniversary of the Film, Where Are Facebook Founders Now?

The Social Network is relevant in a number of ways, but it succeeds most in its take on the relationship between Mark and his best friend, Eduardo (Andrew Garfield). A vicious story of friendship and betrayal ensues, which provides genuine drama beyond the technicalities of Facebook’s creation. It feels timeless. A lot of this owes to Aaron Sorkin’s script. As usual, the dialogue is witty and barrels along seamlessly, but Sorkin captures the melancholy of the central characters better than in any other project I have seen him tackle.

You may not like its characters, but The Social Network is an engaging, affecting tale nevertheless.

Seven is a horror-inflected psychological thriller about the hunt for a serial killer who bases his kills on the seven deadly sins.

Seven primarily succeeds in being highly unsettling. Fincher is known for exploring humanity’s dark side, and this film showcases that tendency in the clearest, most distilled manner possible.

Seven provides the perfect balance between psychological thrills and straight-up horror. Though there is gruesome gore, Fincher avoids too much explicit detail in pivotal situations. In these moments the film is at its’ most chilling – Fincher understands that the suggestion of horror is often scarier than even the most gruesome of corpses. The now-famous “What’s In The Box” scene perfectly demonstrates this. Like many of Fincher’s films, Seven has a distinct visual atmosphere – the incessant rain and darkness is highly effective in emphasizing this nightmarish feel. It really feels like hell on Earth. Thankfully, Morgan Freeman’s charming Detective Somerset is a quietly sympathetic lead, and his relationship with Mills (Brad Pitt) provides some heart amidst the gloom.

The world can be a nasty place, and Seven wants you to know it with every frame. In this way, it is relentless in its showcase of darkness. It is undeniably harrowing. Though some part of you may want to look away, you likely won’t be able to.

This decade-spanning, based-on-a-true-story procedural about the interminable hunt for the Zodiac killer is scary, fascinating, and frustrating in the best of ways. Everything that is good about David Fincher is present in Zodiac, which is why I believe it to be his best work.

With Zodiac, Fincher blends the intricate, near-forensic storytelling of Mindhunter and The Social Network with the nastiness of Seven. The horror of the Zodiac murders themselves is chillingly portrayed. There are several nerve-racking sequences early on which fuel the rest of the film’s underlying sense of dread.

The best thing about Zodiac is that it manages to redirect the drama away from the killer’s profile to his effect on the people chasing him. Robert Graysmith (Jake Gyllenhaal) is scarred by the investigation, and it is here where the true drama lies – making a film on events that have no clear resolution is a seemingly impossible task, but Fincher pulls it off by focussing on the real-life characters rather than relying on speculation.

Visually, Zodiac achieves a perfect blend of Fincher’s typically nightmarish aesthetic with realistic period detail. The world isn’t quite as heightened as Seven’s – it feels eerily close to real-life despite its apparent stylisation.

Zodiac is Fincher’s most well-rounded film to date. For this reason, it is also his best.