‘The Boys’: A Realistic Take on Superheroes and an Indictment of the American Mediascape 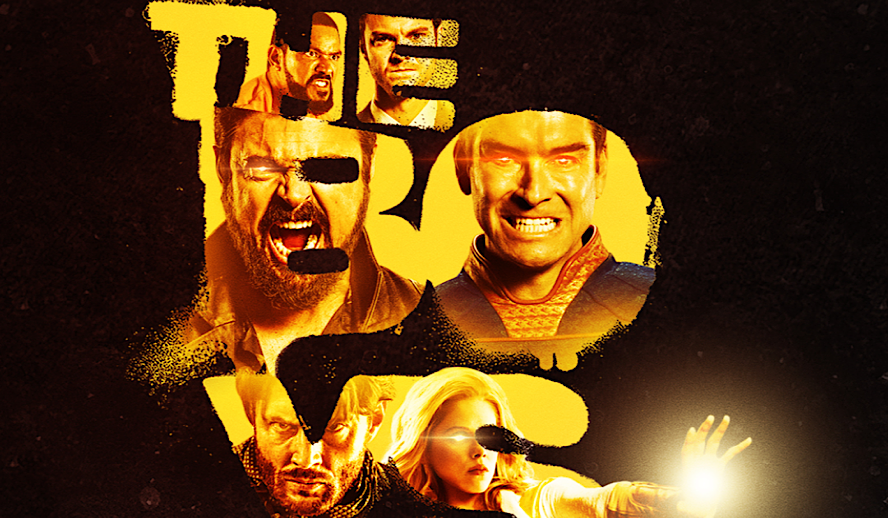 Amazon Prime’s hit-action drama ‘The Boys’ is a risky and unconventional take on superheroes that pays off massively for the streaming platform. Based on a relatively obscure comic book, the series examines what the world might be like if superheroes were influential political figures, over-worshipped celebrities, and profitable marketing tools for a hyper-consumerist society. In other words, the show takes place in a world almost identical to ours, the only difference being the existence of superpowered beings. The show follows the perspectives of multiple characters whose lives are in some way negatively impacted by this culture of superhero worship.

One is Annie January, AKA Starlight, played by Erin Moriarty, who is initially excited to join a team of celebrity superheroes known as The Seven, only to discover that the role is nowhere near as luxurious as she assumed. Another is Hughie Campbell, played by Jack Quaid, who undergoes a personal tragedy as a result of the collateral damage perpetuated by a high-profile superhero in The Seven. Another is William “Billy” Butcher, brilliantly played by Karl Urban, a vengeful assassin who recruits Campbell in an effort to expose The Seven as a group of criminals who abuse their power and bring down Vought, the corporation behind the superteam.

The series does not shy away from the outright gore and brutality that superheroes can perpetuate when fighting crime. It also tries to provide an accurate answer as to what someone with superpowers might do if they lived in our world. Sure, they might put on spandex and try to stop a bank robbery, but only for attention or if money is involved. If not, chances are they would commit crimes themselves. As the show suggests, individuals with superpowers would try to get away with things like sexual assault or murder because they believe they can. But the brilliance of the writing in this show doesn’t stop there. It also considers the upbringing of some of these characters, showing us why a person with superpowers doesn’t fully understand how to use their gifts to help people, regardless of attention and praise. It also goes without saying that this show features probably the single most sinister villain in a television show since Ramsay Bolton in ‘Game of Thrones’ in Homelander, played by Antony Starr.

One of the many other things head writer Eric Kripke does so well in regards to extremely graphic material is knowing when to give it the serious attention it deserves and when it can be spun in an absurdist manner to create brilliant dark comedy. The banter between some of the characters who interact with each other is fantastic (a member of Butcher’s crew is often referred to as Mother’s Milk), yet it’s the show’s ability to take some of the most graphic topics like sexual assault or gory scenes of superheroes going on a rampage and provide a humorous spin on them without coming off as offensive or tasteless.

Related article: The Reason Behind the Success of Marvel and ‘Iron Man’? Answer is the Blue Ocean Strategy

Another area where the show’s dark comedy shines is when we get to see how these prominent heroes in The Seven behave when they aren’t being followed around by a camera. It is in these moments where we see them scoff at the media’s various attitudes towards each of them, though obviously almost none of them would want to lose the attention they are showered with.  We also become amused by how each of these individuals reacts when the media actually does treat them with scorn, such as when a scandal of some kind breaks. Here, we laugh at the familiarity of high-profile celebrities responding to some sort of criticism yet we also can’t help but empathize with them when we see how this massive scrutiny affects them personally.

An Accurate Take on Power and Status

As frequently mentioned throughout this review, what makes ‘The Boys’ stand out as a show is its accurate depiction of the American media apparatus and its treatment of high-profile individuals. Each superhero in The Seven has their own respective brand and image that is naturally suitable for merchandise, big-budget movies, TV deals, and even private military contracts (The Deep, a member of the team with water-based superpowers, is the poster-boy for an aquatic theme park inspired by him called MarineLand). As a result, society seems to degrade itself to idolize them for the sake of consumerism and our obsession with materialism. The cultural gatekeepers in the show attempt to make these superheroes prevalent in every aspect of American life, even in politics and international affairs. This is why it is especially easy for the audience to get behind Campbell, Butcher, and the rest of their gang in taking down The Seven and the powers behind them.

Related article: Ripple Effects of the Homogenization of Superheroes in TV and Film

On the opposite end of the spectrum, the show seems to also showcase the hypocrisy of these corporate media conglomerates in how swiftly and easily they shy away from some of these superheroes when they become the subject of a scandal of some sort. It highlights how these individuals are worshiped like Gods until any mistake, weakness, or character flaw comes to light. While some of these characters definitely deserve the widespread scorn they get, we also get to see why others have made the mistakes they’ve made and what has led them to behave the way they do. It is also here where we are displeased by how society and the media treat them, given that they clearly don’t know what goes on in a person’s personal life, despite pretending they do.

Related article: Martin Scorsese May Not Be a Fan, Still Superheroes & Comic Book Movies Hold a Significance of Biblical Proportions

‘The Boys’ is a fresh unique spin on the comic book superhero genre that draws accurate parallels to our own toxic and superficial media culture. The first two seasons are currently streaming on Amazon Prime with a third season scheduled to premiere on June 3, 2022. Watch the trailer for Season 3 online now.