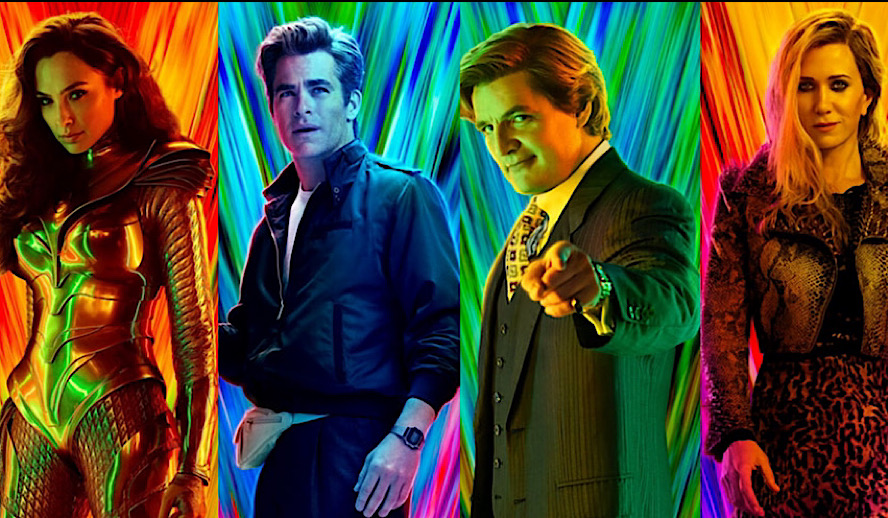 Patty Jenkins’ sequel to her 2017 hit, ‘Wonder Woman,’ finally debuted in theaters and on HBO Max just in time for the Christmas holidays. Originally scheduled to release this past summer, ‘Wonder Woman 1984’ faced repeated delays due to the ongoing COVID-19 health pandemic (it was first scheduled for a June 5 release, then August 14, until ultimately releasing on Christmas Day. Via Variety). A $200 million-budgeted superhero film, the sequel was estimated by some to rack in a staggering $1 billion in theater ticket sales, making Warner Bros.’ decision to release ‘Wonder Woman 1984’ on HBO Max—without an additional charge for subscribers, unlike Disney Plus’s controversial decision to charge an additional fee to stream ‘Mulan’ on its platform—a somewhat surprising move.

Available to stream until January 24, 2021, audiences and fans of the DC Films’ series have the option to view the latest installment from the comfort of their homes, giving viewers the ethical option to avoid potential COVID-related exposure at local movie theaters, as COVID-19 cases continue to break records during the 2020 holiday season (several other big films were released on streaming platforms this past year as well, such as ‘Scoob!’ ‘The Witches,’ ‘Mulan,’ and ‘The Invisible Man’).

2017’s ‘Wonder Woman’ was DC Films’ first standalone film to feature a female superhero lead and went on to become a box-office and critical hit, earning a massive $821 million globally. As the title suggests, the ‘Wonder Woman’ sequel is set in 1984, a significant jump in time from the original’s WWI-era setting. Returning characters include Diana Prince/Wonder Woman (Gal Gadot), Steve Trevor (Chris Pine), Antiope (Robin Wright), and Hippolyta (Connie Nielsen). However, it’s the film’s new cast members that arguably steal the show—Kristen Wiig stars as Barbara Minerva, a.k.a. Cheetah and Wonder Woman’s formidable rival, and Pedro Pascal offers a charismatic performance as businessman and T.V. personality Maxwell Lord. ‘Wonder Woman 1984’ has all the elements of a great superhero film—a talented director, a charismatic and talented cast, and a stylized setting during a unique American era. Despite these strengths, the big-budgeted sequel, unfortunately, struggles to find its footing throughout its unnecessarily long runtime.

The film’s biggest strength is undoubtedly its talented SUPPORTING cast. Kristen Wiig makes her superhero film debut as Barbara Minerva—an intelligent, but deeply self-conscious scientist who often masks her insecurities with dorky humor and self-deprecating jokes. Largely known for her comedic prowess, Wiig is no stranger to playing eccentric roles from her days on ‘Saturday Night Live’—some of her most famous and zany characters include Target Lady, Gilly, the baby-handed Dooneese, and her impression of ‘The Today Show’ host Kathie Lee Gifford. For ‘Wonder Woman 1984,’ Wiig’s comedic chops are a genuine breath of fresh air for the traditionally action-driven and humorless (or at least humor done well) superhero genre.

Although Barbara Minerva suffers from an arguable superhero movie villain cliché—sporting messy hair and wire-rimmed glasses to portray herself as an “unappreciated intellect,” similarly done by Jamie Foxx’s character in ‘The Amazing Spider-Man 2’—her juxtaposition against Diana Prince (a.k.a. Wonder Woman) is genuinely interesting and works well for the film. It’s rewarding to see that despite her insecurities and struggles with social anxiety, Barbara—prior to her transformation into Cheetah—still boasts a great personality and adds real value to society, whether with her impressive scientific knowledge, her tenderness toward the less fortunate, or her ability to put on a smile despite continual adversity at her workplace. Wiig also displays real chemistry with her titular costar—the viewer can’t help but cheer for Barbara’s eventual small victories, and Wiig’s dialogue with Gadot often elevates the movie as a whole (despite looking the part, Gadot’s performance still leaves a lot to be desired, and is somehow worse than in the previous film).

Pedro Pascal, largely known for his starring roles in Netflix’s ‘Narcos’ series, and more recently for playing the titular role in Disney’s ‘The Mandalorian,’ delivers a solid supporting performance as Maxwell Lord. Pascal nails the role of the ‘80s T.V. personality and businessman perfectly (who’s character is eerily reminiscent of Donald Trump at times), providing an antagonist the viewer can’t help but like (unlike Donald Trump). Much like Wiig, Pascal provides genuine laugh-out-loud moments for the film, especially in scenes playing opposite Wiig. His intentionally cheesy and bombastic performance as Maxwell Lord displays the actor’s surprising comedic prowess, who’s more known in the entertainment industry for his dramatic and action-heavy roles. Pascal also provides the most layered performance of the film—his character’s ambitions, fears, and motivations prove to be surprisingly tragic and heartfelt, drawing the viewer into Maxwell’s subplot even more as the story unfolds. In a genre where antagonists are oftentimes forgettable or one-dimensional, Pascal’s performance buoys the film’s often struggling narrative.

‘Wonder Woman 1984’ Starts Strong but Struggles to Find Its Focus

The film’s surprisingly simplistic plot and its unnecessarily long runtime—two-and-a-half hours—ultimately bog the film down. The story starts off with a promising display of Wonder Woman’s fierce determination and wholesomely-cheesy fight for justice (saving small kids seems to be her favorite pastime), and the film’s ‘80s setting offers a rewarding sense of nostalgia for a “cooler” time in America: funky hair, daring clothing, and retro electronics. Although the film is gifted with a heavily-stylized era—one which many recent releases have successfully utilized, such as ‘Stranger Things’ and ‘American Horror Story: 1984’—the “1984” part of the latest ‘Wonder Woman’ strangely feels tacked on. Yes, the story does feature nostalgic scenes at a mall, as well as a few aiming-to-be-funny montages (where characters try on different ‘80s clothes to varying results), but other than these few instances, the movie might as well have been set in any other era.

The sequel’s eye-popping promotional posters— featuring Wonder Woman in stunning gold-plated armor, with an array of ‘80s-style colors and patterns in the background—end up duping the viewer into expecting a truly ‘80s-themed superhero film (for those looking for a stylized, ‘80s-like superhero experience, ‘Thor: Ragnarok’ does a bang-up job). The iconic gold armor, for instance, is largely absent, and Wonder Woman’s much-anticipated showdown with Cheetah is pretty disappointing as well (the lackluster showdowns are reminiscent of those found in ‘Spiderman 3’).  The film’s simplistic plot—which the viewer keeps expecting to go deeper, but never really does—is full of plot holes, superfluous scenes, and underdeveloped character explorations. The film doesn’t pick up speed until well into the third act—by which point viewers may very well struggle to stay invested. The film, unfortunately, shines the most when Wonder Woman isn’t present on screen—which is obviously problematic considering she’s billed to be the film’s main draw.

When ‘Wonder Woman 1984’ hits its stride, the film does genuinely shine on screen: Gal Gadot wows in Wonder Woman’s tribal armor, shares great chemistry with her character’s soulmate Steve Trevor (Chris Pine), and the film boasts show-stealing performances from both Kristen Wiig and Pedro Pascal. Although the sequel fails to capture the magic of its predecessor and doesn’t end up fully utilizing its unique setting, it does have some truly wonderful and moving moments that are likely to please fans of the series and at the very least keep casual viewers (mostly) entertained for the duration of its long ride.

‘Wonder Woman 1984’ is out now in theaters and  is also currently streaming on HBO Max.