A Reflection on Chadwick Boseman’s ‘Black Panther’, a Gift to the World and Its Children 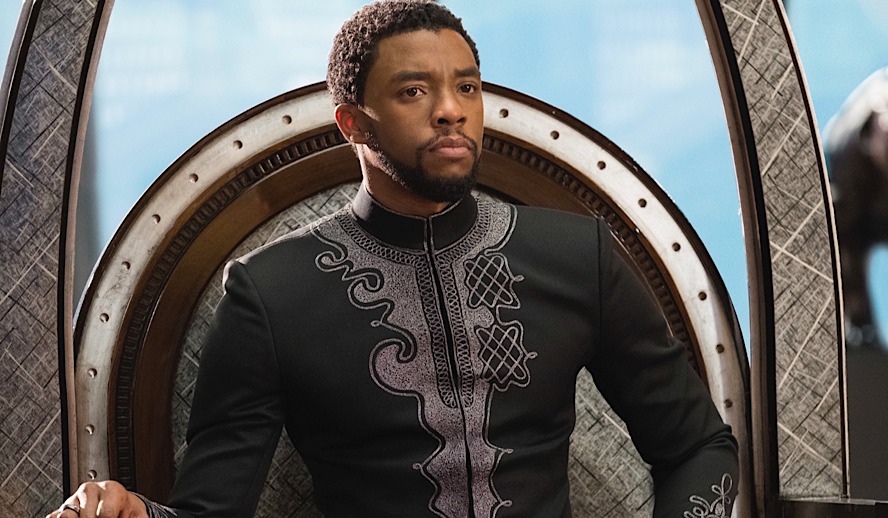 The first and last shots of Black Panther are on a basketball court with children mesmerized by the technology of Wakanda. Just as those kids were amazed by the wonders Wakanda had to offer, we too have been marveling over the hit film since it’s airing in 2018. Black Panther shattered the box office and still holds the record for the highest-grossing solo superhero film of all time. Odds are, you know exactly what the film is about, and if you don’t, now is as perfect a time as ever to watch it on Disney+. The film was earth shattered at its release, but watching it again after the tragic death of Chadwick Boseman, the themes of the film radiate with shocking trueness to life.

Chadwick Boseman had been struggling with colon cancer and died four years after being diagnosed according to Healthline. Watching the film again, it’s truly heart-wrenching to see such a beautiful actor star in one of his last films. After Black Panther, the Howard grad starred in Spike Lee’s Da Five Bloods, Brian Kirk’s 21 Bridges, and is also the star of George C. Wolf’s unreleased Ma Rainey’s Black Bottom. While these films are exciting for those craving to see Chadwick on the screen again, there will never be another film like Black Panther.

Related video: EVOLUTION: Every Chadwick Boseman Role From 2003 to 2020, All Performances Exceptionally Poignant

In an acceptance speech barely over a year ago at the BAFTA-Awards, the icon had this to say about whether or not the movie changed the game for Black actors: “One thing I do know… I know that you can’t have a Black Panther now without a two on it”. A chill pinpoints my upper spine at the audience’s applause at Chadwick’s words. It was only a year ago and the meaning of that statement nearly made a complete one-eighty.

In the world of Black Panther, Vibranium is the strongest “metal” on earth, although, to those who fully know it’s power, it is much more than a metal. It’s known as Isipho, or “the gift” by Wakandans. One of it’s first introductions to us was in a British museum, and thus the theme of colonization and stolen artifacts arose in the film, a slightly unexpected theme from a Disney movie. However, that’s one thing about Black Panther; the rawness and honesty of the themes is a gift in and of itself.

Directed by Ryan Coogler, the film was incredibly unique in that “it was the first blockbuster with a mostly black cast. And below the line, the film’s three top department heads were women” Variety reports. And that’s far from being the extent of its cultural genius. The film dives into a subject matter so nuanced that it makes it one of Marvel’s most morally challenging films to date. The film doesn’t try and hide the struggle Black Americans face in real life. It uses the success of Wakanda to contrast the racism and historical trauma’s Black people have faced all around the world. In doing so, the film becomes a masterpiece in complex storytelling, quiet the surprise for an action film.

A Tribute to Chadwick Boseman: The Inspiring Life

Another universal theme the film brings up is the theme of death for the rise of new hope. The parallels between king T’Challa’s death and Chadwick Boseman’s actual death are impossible to ignore. In comforting her son T’Challa about his father’s death, Angela Bassett’s character Romonda says “he is with us, and it is your time to be king”.

Hearing these words after Chadwick’s death brings new light to the same line; Chadwick Boseman’s death gives rise to new kings all across the world. The beginning shot and the ending shot are filled with children, our next generation. The last conversation Chadwick Boseman has on film as Black Panther is with Alex Hibbert, who’s playing a character named “Young Oakland Kid”.

The beauty and magic of this scene is that Alex Hibbert is best known for playing the first Chiron in Barry Jenkin’s Moonlight. He’s a young actor whose career is picking up pace as since the 2017 Best Picture winner, the rising star has booked the hit TV show The Chi. In this scene set on an Oakland basketball court, Chadwick is about to bestow the secrets of Wakanda onto Hibbert’s character. In a similar, but quite literal way, Chadwick’s life was a bestowment onto Black actors everywhere, and Black children across the world. The superstar’s death will not go in vain because he has already shown us the secrets of success while being Black and uncompromising. And you know what that secret is? Infinite grace.

Showing Up and Showing Out

Chadwick Boseman lived a very private life. He had no drama, no scandals, no beef. His mouth only fixed to spoke when he was acting or when he had something worthwhile to say. Does this mean that for us to be successful we have to be mute? No. This means that our success is in the way we show up. And I don’t mean monetary success necessarily. I mean the type of success that immortalizes you forever as one of the greats, even in your passing. I mean the type of success that will have you forever remembered as one of our nation’s finest actors.

Black Panther is uncompromising in its subject matter and its execution; it is a blueprint for how the film industry should continue in our near future and so it is grace. Chadwick never let his illness overcome him. He worked through his tribulations and thus became a symbol of strength for Black people, Americans, or anyone with a hero inside them itching to surface. Reflecting on the feat that is Black Panther, and the life and death of Chadwick Boseman, how can we show up and show out in our own truths, in our own grace?

If you are Black, help in destigmatizing prostate and colon exams for men in the Black Community. If you are American, exercise your right to vote in our coming election. No matter who you are or where you are, if there’s one thing you can learn from Black Panther and Chadwick Boseman, it’s uncompromising, shameless grace, for that is the only way we find new life in an untimely death. Long live the king.