My Letter to DC Films: The Secret Ingredient You Should Use More = Levity 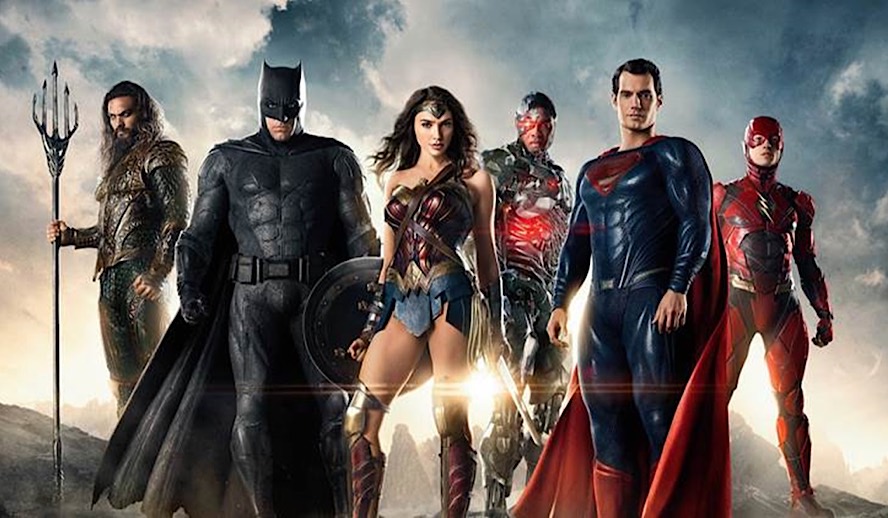 Let’s face it DC Films, in recent years your films have lacked the critical and commercial success Marvel has managed to garner. And it’s hard to tell why. DC has American icons in its corner. The Superman and Batman comics have helped to make the American comic book industry what it is today. How are these classic heroes not a recipe for success and why has the Marvel Cinematic Universe eclipsed DC in both box office numbers and critical acclaim? Marvel and DC have very similar budgets for their movies. And they both seem to have an equal amount of Star Power. So why do MCU movies leave DCEU movies when it comes to public opinion?

Of course, there are multiple reasons why this trend occurs. But there is one clear and glaringly obvious difference between Marvel and DC movies, Marvel movies have from the beginning had a sense of humor about themselves while DC has maintained a more dark and gritty tone.  Time after time DC has followed the same formula:

i. give the heroes a cynical perspective on life,

ii. use a dark and brutal setting,

iii. have dim lighting and a whole lot of black tones.

But DC is beginning to wake up to its folly and we are beginning to see a brighter, more humorous side. And the audience has reacted in kind as Wonder Woman, Shazam!, and Birds of Prey have all proven to be box office winners, critical successes or both.

Everybody loves DC Films’ Diana: How Wonder Woman blew us away

There was a lot of buzz before Wonder Woman hit theaters. Of course, the dudebro trolls who took to the internet to whine and voice their concerns about the movie was the result of PC culture and superheroes are dudes! Alas, all those who genuinely believe a superhero movie should be judged on its merit and not how much testosterone the star has were psyched. As a comedy lover, I was a little hesitant to see it. At that point, everyone thought DC was the equivalent of eating a dark chocolate bar while drinking espresso. Also, most of their recent movies were bombs so mix a little turd in there.

I was surprised when I found myself laughing with the rest of the theater at genuinely funny jokes. The aesthetic also felt lighter in general with the colorful mountains and forests of the Amazon. But that didn’t take away from the profoundness of the film. The common misconception is that comedy is purely a form of entertainment and is NOT art. That’s why comedy movies tend to be overlooked at the Oscars and why comedians are often told by critics shut up and make us laugh. Anyone who writes, studies, or is just a fan of comedy as I do – knows that comedy has the power to create change. And Wonder Woman did just that by being both deep and funny as hell in one movie.

DC Films’ Birds of Prey: Shattering the glass ceiling and having fun while doing it

Like Wonder Woman, Birds of Prey is another female-led movie. Comedy is a major storytelling vessel in the movie as Harley Quinn isn’t known to be the most serious of characters. And no, it hasn’t been doing well at the box office. That’s a shame because while I don’t tend to be one who trusts the words of critics, they and I both seem to agree that it is a fantastic movie.  One can argue that the movie is a bit man-hating as the female characters all eventually end up on Harley Quinn’s side while every man in the movie either betrays Harley or is just flat out evil, to begin with.

However, the social commentary in the movie is on point with today’s society. It drives home the point that we live in a man’s world and ladies need to take it back with force. The women (and girl) we come to know and love by the end of the movie are complex, have rich backstories, and are witty as hell, which makes them characters the audience wants to root for.

DC’s Shazam! Or how I learned to stop worrying and love the lightning bolt

After Marvel got to ride the high of second highest grossing R rated movie of all time with Deadpool, DC decided it needed to make bank on its own wise-cracking superhero. The Shazam comics certainly didn’t have the power behind their name that Superman and Batman did. The Shazam! comics were popular when released back in the thirties but most people, before the release of the 2019 movie, couldn’t tell you who Shazam was. Nonetheless, the movie proved to be popular when released.

Shazam! is a movie that is both a lot of fun and also manages to deliver that on brand DC darkness with the film’s antagonist Dr. Thaddeus Sivana. Sivana was an orphan who was verbally abused by his dad and brother. After Sivana causes his father to be crippled for life in a car crash, he grows up desperate to take the Eye of Sins which will release darkness on the world. See DC, you can have it both ways!

Related article: ‘Deadpool’ vs. ‘Shazam’: Who is the Best Wisecracking Superhero?

Look DC, you don’t have to make every movie a light ball of sunshine and fart jokes. But being the kingdom of neo-noir style cynical good guys and dark as hell plotlines haven’t been working out so well for you, has it? All of DC’s best movies in recent years didn’t shy away from showing a lighter side and a little bit of humor. Marvel has understood for years that adding comedy to their films resulted in a more engaged audience and a higher yield at the box office. If DC wants to stay competitive in the superhero film industry, they need to stay on track and keep their movies lighter.