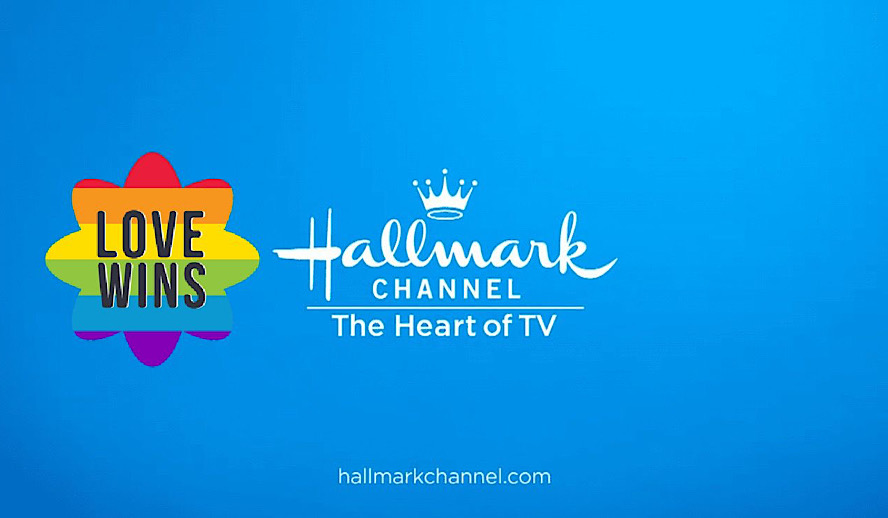 After receiving criticism and backlash following the recent announcement of 40 new holiday movies that did not seem to feature LGBTQ inclusion, the Hallmark Channel said it is committed to including “LGBTQ storylines, characters and actors” in several of its projects for this upcoming holiday season.

“Diversity and inclusion is a top priority for us and we look forward to making some exciting programming announcements in the coming months, including announcements about projects featuring LGBTQ storylines, characters, and actors,” wrote George Zaralidis, the vice president of network program publicity at Hallmark’s parent company, Crown Media Family Networks, in a statement. “We are committed to creating a Hallmark experience where everyone feels welcome.”

LGBTQ audiences have been calling for queer representation in Hallmark movies due to years of a stark lack of it within the abundance of content that the Hallmark channel creates every year.

Often thought of as a staple of the holiday season, the Hallmark Channel has boasted hundreds of movies since its conception, with its most-awaited films being part of the “Countdown to Christmas” original programming. If you haven’t seen a Hallmark holiday movie, they are pretty easy to grasp, as most are formulaic to a T and follow the same trope where a work-obsessed city woman falls in love with a man from her hometown who helps her find the true meaning of Christmas, or vice versa.

But despite the endless stream of “original” movies that launch every year, none have featured LGBTQ characters, which is very problematic to say the least. Coupled with their lack of racially and religiously diverse characters, as Black characters are typically tokenized in the “best friend” role, it is no surprise that the Hallmark Channel’s movies have been the subject of much criticism in recent years. It was only in 2018 that the first Black female lead was cast in one of the holiday films, and while there are several more in leading roles this year, it showcases one of the many issues with representation that have existed at the network.

Hallmark additionally came under serious fire last year not as a product of the content of their movies, but of a decision they made back in December 2019 to pull four ads from wedding planning company Zola that featured a lesbian couple kissing at their wedding ceremony. The commercials, while many were quick to praise, sparked controversy after gaining attention from conservative group One Million Moms and LifeSiteNews, a right-wing Catholic news organization, who each issued petitions for Hallmark to maintain “family-friendly” content by leaving the “promotion of homosexuality and transgenderism” out of the content on its channel.

“Hallmark would be offending Christian viewers and Christian parents BIG TIME, by experimenting with homosexual themes, and, or cooperating with the LGBT indoctrination agenda,” read the LifeSiteNews petition. The One Million Moms petition offered similar sentiments. “Shame on Hallmark for airing commercials with same-sex couples and even considering movies with LGBT content and lead characters,” it said, citing that family entertainment is not the place to “be politically correct by forcing tolerance and acceptance of homosexuality.”

While the opinions the groups offered are obviously terrible and highly prejudicial, the incessant pressure from them ultimately resulted in Hallmark taking the commercials off of the air, which might have solved their short term problem but wound up creating a much more critical one. A huge uprising sparked from their decision to listen to their conservative viewers and pull the ads that featured the same-sex couple at the expense of their other audiences, earning the contempt and disrespect of LGBTQ viewers and allies in the meantime. On social media, the channel was accused of homophobia, with the hashtags #BoycottHallmarkChannel and #HomophobicHallmark being quick to circulate on Twitter.

As a product of the backlash, the decision was reversed a few days later and the network apologized and reinstated the ads. “The Crown Media team has been agonizing over this decision as we’ve seen the hurt it has unintentionally caused,” said Mike Perry, President of Hallmark Cards Inc., in a statement. “Said simply, they believe this was the wrong decision. Our mission is rooted in helping all people connect, celebrate traditions and be inspired to capture meaningful moments in their lives. Anything that detracts from this purpose is not who we are. We are truly sorry for the hurt and disappointment this has caused.”

While the issue may have been resolved in the eyes of the company, it brought to light Hallmark’s prevalent issues of a lack of representation within the content that it has long been producing. That is why this new announcement is so crucial, as it marks a step in the right direction for a network laden with missteps and faults in this exact area. There’s no excuse as to why it has taken this long for Hallmark to create a romantic holiday movie that features LGBTQ characters and storylines, but it will definitely be something to look forward to as the holiday season is somehow only a few months away from approaching.