‘The Last of Us Part 2’: One of The Best Video Games with LGBTQ+ Characters 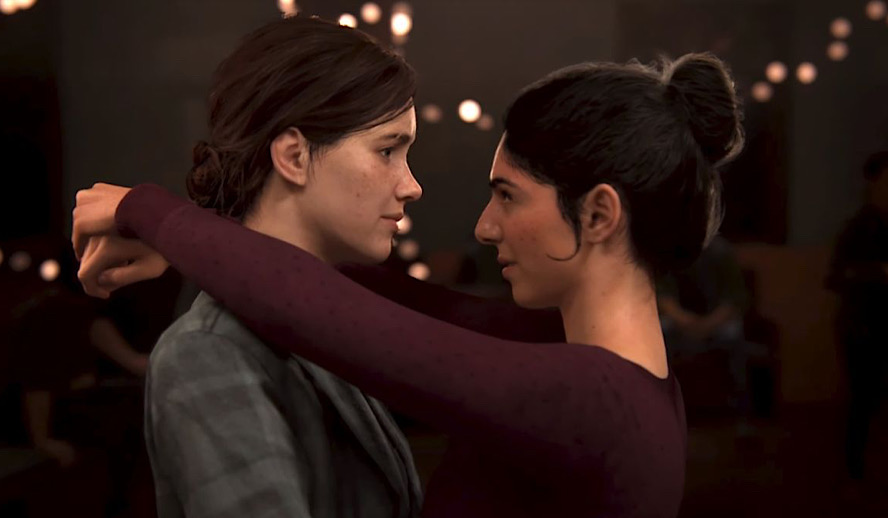 Photo: The Last of Us Part 2/Naughty Dog

Filmmakers, video game developers, and all other creatives should note what director, Neil Druckman — and the rest of the Naughty Dog team — have accomplished: a bold and emotional post-apocalyptic narrative with a well-realized ensemble of diverse, LGBTQ+ characters.

A (somewhat) changing culture – The Last of Us Part 2

In the past several years, diversity and inclusion have been increasingly promoted through American media. Calls to action like the #OscarsSoWhite campaign has further emphasized the pressing issue of homogeneity in Hollywood and the media.

Recently, there have been many great examples of diverse media— Call Me by Your Name, BlacKkKlansman, Moonlight, Get Out, Black-ish, Euphoria, and The Last of Us Part II — being produced, awarded, and popularized. As a reflection of this, 2019 yielded the all-time record for diversity in film. However, this achievement is based on an embarrassingly low standard.

University of Southern California’s Annenberg Inclusion Initiative collected data on the portrayals of gender, race/ethnicity, LGBTQ, and disability, from films of the last decade. The data reveals that the 2019 increase in representation was only a few percentage points added to an already abysmally low number. When it comes to the LGBTQ+ inclusivity, only 1.3% of speaking or named characters were lesbian, gay, or bisexual. Among the top 100 films of the decade, not one featured a speaking/named transgender character.

The gaming industry’s part – The Last of Us Part 2

The stereotypical gaming demographic has been recognized as cisgender, white males. While this population still dominates the industry, especially those working within it, gaming audiences have dramatically diversified. In fact, statistics show that females actually make up 48% of gamers. Nevertheless, the gaming industry has particularly struggled to put out diverse content and instead is often shaped by the male gaze and heterosexual norms. LGBTQ+, racial/ethnic minority, and gender representation are either nonexistent or met with stereotypes.

Of them all, female representation has seen more prevalence in AAA games (produced by large studios), BUT it has historically accompanied hyper-sexualization. With the examples running from Lara Croft‘s (1996) famous, pixelated bust to Grand Theft Auto V’s (2013) degrading loading screens and in-game depictions, hyper-sexualization is only beginning to be recognized amongst developers.

As one of the significant AAA developers of the gaming industry, Naughty Dog has been in a responsible position to lead industry trends. Fortunately, it’s clear they worked hard to breach the current issues with representation in gaming. This includes building an inclusive team of employees — as they have several LGBTQ staff members.

When it comes to character representations, The Last of Us Part II is a commendable effort. The cinematic gaming experience features two female protagonists, Ellie and Abby, and a diverse crew of supporting characters.

Ellie, brought to life flawlessly by Ashley Johnson, is a lesbian, and her girlfriend, Dina, is suggested to be bisexual. The two offer a candid depiction of lesbian identity and love. Voice actress Laura Bailey’s character, Abby, offers inclusivity in a different light: departing from the typical, sexualized female body type with her larger, muscular physique. Jeffrey Wright’s character, Isaac, leader of Abby’s faction, is one example of the many characters of color.

Most notably, the game features an Asian transgender character, Lev, amongst its leads. The character, played by the transgender actor Ian Alexander, is an exciting leap for trans representation in the media and one of the highlights of the game.

A step towards holistic inclusion

The Last of Us Part II differentiates itself from other examples of inclusive storytelling in its exhibition of diversity. There are, of course, other examples in the media that have inclusive casts and characters of a similar caliber. However, many of these stories have narratives that are solely propelled by their characters’ diverse identities.

These existing stories that feature LGBTQ+, ethnic minority or disabled leads are often tales focused on identity exploration or the tragedy and pain resulting from an identity. These stories are incredibly powerful — and are necessary to show perspective — but they cannot be the only medium for inclusion.

The Last of Us II is a step towards a holistic inclusion because it features many diverse characters whose identities are not plot points or MacGuffins —with one, to-be-mentioned, exception. Characters’ identities are still an essential aspect of their journey: informing their decisions, making them unique and well-realized, and overall, creating a fleshed-out, authentic world. This part of inclusion allows storytelling to function at its purest: allowing all audiences to identify with characters. As Neil Druckman says in an interview with BBC News, “there’s something magical when people see themselves in games, it broadens our audience and I think that’s important.”

Another important aspect of inclusivity is accessibility. Naughty Dog shows a dedication to its players with over 60 accessibility settings available — benefitting players with a range of fine motor, hearing, and vision disabilities — which is far beyond current industry standards.

Naughty Dog’s efforts to diversify are impressive but not all of them are perfect. Lev’s storyline has been criticized. Several sequences with Lev include deadnaming (using a transgender person’s birth name without permission) from the members of his religious faction. Critics of Lev’s story suggest the deadnaming in the game is an exploitation of the transgender community’s pain. And without giving away any spoilers, the role of Lev’s identity in the latter half of the plot is the game’s one exception to it’s otherwise very ‘holistically-minded’ approach to inclusivity. Nevertheless, Lev’s inclusion alone represents a significant leap for trans representation in the media.

The gaming industry’s recent strides in diversity hint at a more inclusive future: with The Last of Us Part II becoming PlayStation’s fastest-selling exclusive. Still, there are many other areas of improvement that the gaming industry needs to address. Casting diverse actors, inclusion within studios, and the representation of disabilities are conversations that must be continued.