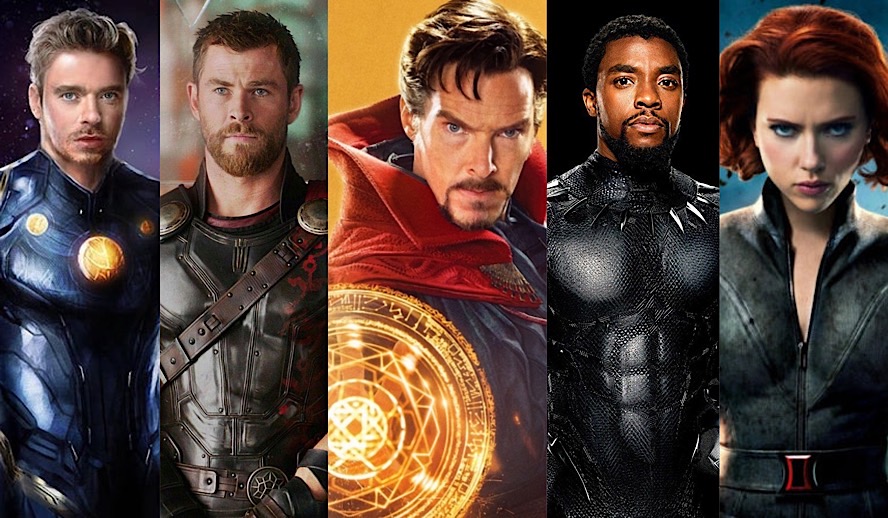 Since the release of Iron Man back in 2008, Marvel Studios has run a very tight ship. Helmed by producer Kevin Feige, the Marvel Cinematic Universe is an intricately-planned film franchise, with releases scheduled years in advance. This intense amount of planning ensures that the ongoing story of the MCU remains consistent, even across films directed by a wide array of unrelated directors.

Unfortunately, this well-oiled machine has just experienced a bit of a mechanical hiccup. Like many other theatrical releases within the next few months, Marvel Studios’ Black Widow has been delayed from its original May 1st release date.

Black Widow, starring Scarlett Johansson as Natasha Romanoff/Black Widow, will be the twenty-fourth film in Marvel Studios’ shared universe of superhero films. The film will be a sort of prequel, set between 2016’s Captain America: Civil War and 2018’s Avengers: Infinity War. Joining Johansson is a star-studded cast including Florence Pugh as Yelena Nelova, David Harbour and Alexei Shostakov/Red Guardian, and Rachel Weisz as Melina Vostokoff.

Related article: Why Tom Holland Is The Best Spider-Man The Marvel Universe Has Seen

Black Widow is directed by Cate Shortland, and will be her fourth feature film release. Her previous films include romantic drama Somersault, which explores themes of human emotion and sexuality, and psychological thriller Berlin Syndrome, which focuses on a young woman who is held hostage after a one-night stand. Both of these films demonstrate Shortland’s ability to create emotional, intense, and female-driven narratives, making her an ideal candidate to direct Marvel Studios’ next female-led film.

While Black Widow was originally announced to be released on May 1st, the delays have pushed the release back to November 6th. This release date was originally occupied by Marvel’s next planned release, the ensemble film Eternals. This has had a sort of domino effect on the entire superhero schedule, with each film being pushed back to occupy the next film’s release date. This ensures that the films will still release in their intended order, preserving the ongoing story of the Marvel Cinematic Universe.

Eternals, directed by Chloé Zhao, has been moved from November 6th, 2020 to February 12th, 2021. The sci-fi ensemble film focuses on powerful aliens who have been living on Earth for thousands of years and must come together to protect the planet. The large cast includes Richard Madden, Gemma Chan, Kumail Nanjiani, Angelina Jolie and Kit Harington.

Reactions From Stars on The Eternals

Reactions From Stars on Black Widow

Originally slated for February 12th, 2021, Shang-Chi and the Legend of the Ten Rings will now release on May 7th, 2021. Intended to be Marvel Studios’ first Asian-led film, it will focus on “Master of Kung Fu” Shang-Chi, played by Simu Liu. The film will be directed by Destin Daniel Cretton, and also features Tony Leung as The Mandarin and Awkwafina in an undisclosed role.

Moving from May 7th, 2021 to November 5th, 2021 and then again to March 25th, 2022 is Doctor Strange in the Multiverse of Madness. A sequel to 2016’s Doctor Strange, the film will not only see the return of Benedict Cumberbatch in the titular role, but will also feature Elizabeth Olsen as Wanda Maximoff/Scarlet Witch, reprising her role from previous Marvel films. The first film’s director, Scott Derrickson, will not return for the sequel, and a new director is being sought out.

Thor: Love and Thunder, releasing February 11th, 2022, will follow up 2017’s Thor: Ragnarok. Star Chris Hemsworth will return to play the eponymous character for the eighth time, and Ragnarok director Taika Waititi will also return. Love and Thunder will also see Natalie Portman return to the franchise as Jane Foster, and will apparently feature characters from Marvel’s Guardians of the Galaxy films.

Black Panther II has been pushed from February 18th, 2022 to May 6th, 2022. Not much is known about the sequel to 2018’s Black Panther, but director Ryan Coogler and star Chadwick Boseman have been confirmed to return.

In addition to news about the shifting slate of Marvel Studios films, one additional film has also been confirmed. Previously occupied by an untitled Marvel film, July 8th, 2022 has now been confirmed as the release date for Captain Marvel 2. Nothing is known about the sequel, other than that it will be a sequel to 2019’s Captain Marvel and will almost certainly see the return of Brie Larson as Carol Danvers/Captain Marvel.

Delays on the Stream

While this may seem like a lot of moving parts, Marvel Studios’ films aren’t the only Marvel content being affected by coronavirus delays. In addition to films, the Marvel Cinematic Universe moving forward will also include television shows. Several shows, exclusive to the Disney+ streaming service, have been announced that will tie directly to Marvel’s upcoming theatrical releases.

Unfortunately, all of Marvel’s Disney+ shows that are currently in active production have also been delayed. Of the eight shows that have been announced, three of them are in active development and have therefore been delayed.

The Falcon and the Winter Soldier is set to star Anthony Mackie and Sebastian Stan in the titular roles. Previously appearing as supporting actors in the Captain America and Avengers films, the duo will share the spotlight in the now-delayed show. Daniel Brühl and Emily VanCamp will also reprise previous Marvel roles as Zemo and Sharon Carter, with Wyatt Russell being introduced as John Walker/U.S. Agent. The Falcon and the Winter Soldier was planned to premiere in August 2020, before delays.

WandaVision, originally slated to premiere December 2020, has also experienced delays. The show appears to be a fascinating and mind-bending drama based on decades of different sitcoms. Tying directly into Doctor Strange in the Multiverse of Madness, it will star Elizabeth Olsen and Paul Bettany as Wanda Maximoff/Scarlet Witch and The Vision.

Based on a long-time fan-favorite Marvel Studios character, Loki will see Tom Hiddleston return to the iconic role. Occasional villain, occasional hero and perpetual trickster Loki will return in a follow-up to Avengers: Endgame, as the film’s events created an alternate timeline where Loki is alive and well. The show will also feature Owen Wilson and Sophia Di Martino in undisclosed roles.

While Marvel Studios has experienced some significant delays, there are no brakes on the Marvel train. With plans already in place to ensure smooth releases going forward, it won’t be too long before the Marvel Cinematic Universe continues to grow.