2021 Oscars Predictions: Actresses, Actors, Directors and Films to Watch for in the Unprecedented Race 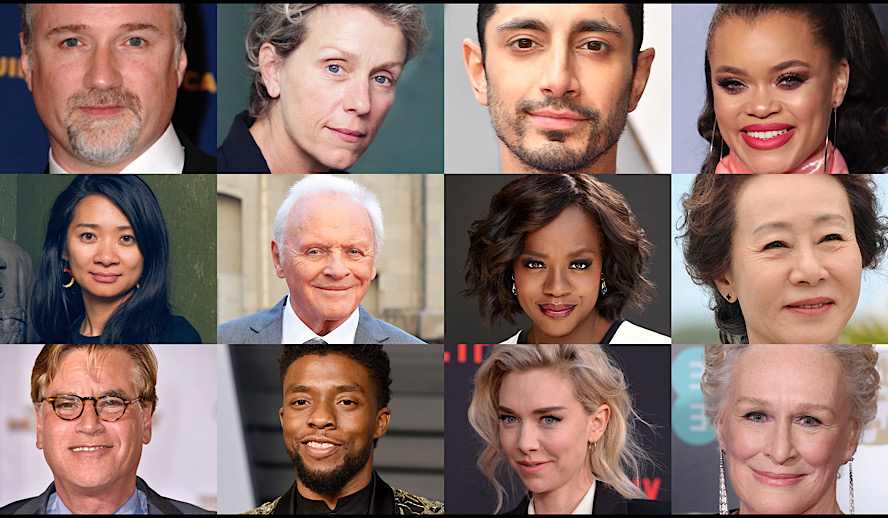 The Show Must Go On

With 2020 trailing in the rearview mirror of 2021’s unimaginably eventful kickoff, glimmers of hope for change has been revived. As the coronavirus vaccine makes its way to essential workers and those most vulnerable to the virus, and a new administration prepares to take the reins of the White House, the tide appears to be slowly but surely shifting toward a brighter day. Unfortunately, this change takes time and 2021 is likely to face several obstacles that 2020 has left unquelled, of which is the procedure of the Academy Awards.

Although COVID-19’s attack on Cinema is far from the most tragic casualties of the past year, cinephiles were robbed of fantastic escapes into film time and time again as many of the most promising titles were delayed in anticipation of a time when audiences can safely return to movie theaters once again. Despite all odds, however, filmmakers and production studios were able to release a handful of quality films that deserve the same level of praise and recognition allotted to them had they premiered any other year, calling into question the status of the highest revered award in all of Hollywood, the 2021 Oscars.

The event was originally set for February 28th, 2021, but has since been pushed back to April 25th due to the spiking cases of the virus in California, as well as many states across the United States. Unlike several awards shows that have persevered through COVD-19 through means of a digital, remote ceremony, the Academy Awards fully intend to hold an in-person commemoration of the year’s achievement in film. This goal is ambitious but well earned for the spectacular films produced as well as the film fanatics that have sacrificed their love of movies in hopes of curbing the spread of the fatal coronavirus. With the delay of the show to April, the 2021 Oscars season’s official launch with the announcement of the nominees has been set back to mid-March; however, with 2020 at a close, now is an ideal time to gather expectations of what films and stars have a great shot at accumulating a coveted Academy Award nomination, as well as what unforeseen twists could shake up this year’s extraordinary race.

The biggest prizes of the night that set the beloved movies of the year from the legendary ones forever etched in film history are those of “Best Picture” and “Best Director”. The competition for “Best Picture” is steadily one of the tightest and this year is no exception; however, one film appears to stand out among the rest. Of all the predictions for pictures that could land a nomination in the upcoming Oscars season, ‘Nomadland’ appears to be the surest bet. Releasing in theaters this February, ‘Nomadland’ follows the story of a woman in her 60’s losing everything in the Great Recession and deciding to embark on a journey through the American West as a nomad.

The film has received universal rave reviews, currently sitting at a 97% on Rotten Tomatoes, making it an all but guaranteed “Best Picture” contender. Although it may appear as though ‘Nomadland’ has the award in the bag, ‘Minari’ proves to be stiff competition. Telling the story of a Korean family moving to Arkansas in the 1980s, ‘Minari’ serves as yet another remarkable instance of Hollywood’s strives toward telling inclusive, game-changing stories that the Academy is sure to recognize with the highest honor.

Other films that are likely to receive nominations from the Academy include ‘The Trial of the Chicago 7’, a film that followed the true story of the events that followed the 1968 Democratic National Convention and held a mirror to America’s modern police brutality crisis, ‘Mank,’ a biography of the screenwriter of the iconic, ‘Citizen Kane,’ and ‘Ma Rainey’s Black Bottom,’ Netflix’s original film depicting the harrowing life of Ma Rainey, “The Mother of Blues.” Although not as likely as the former few, the bold and timely content material in the storytelling of ‘Promising Young Woman’ solidifies the film as a hopeful contender for a “Best Picture” nomination.

The companion to the “Best Picture” category is that of “Best Director,” and this year’s batch suggests that the category once full of white men is entering a new age. A shoo-in for the nomination list is Chloé Zhao, director of ‘Nomadland’ as well as Marvel’s upcoming ‘Eternals.’ Additionally ‘Minari’ director, Lee Isaac Chung is also poised to diversify the 2021 batch of “Best Director” nominees. While not as sure a bet as Zhao and Chung, ‘Watchmen’ star, Regina King’s directorial debut, ‘One Night in Miami,’ has stunned critics and positioned King with great potential for a nomination. A couple of other directors that are likely picks to join the ranks of this year’s top directors include David Fincher for ‘Mank’ and Aaron Sorkin for ‘The Trial of the Chicago 7’ as both films exceeded critic’s expectations of what could be achieved in cinema, in or out of a global health crisis.

The Oscars of the Stars

Although the most distinguished awards of the night undoubtedly belong to the categories of “Best Picture” and “Best Director,” the most intriguing nominations of the night in the audience’s eyes are those that belong to the stars of Hollywood. The competition for the “Best Actor in a Leading Role” is consistently revered as the ultimate achievement of any actor and 2021’s contenders will assuredly leave their own mark in film history. The most noteworthy of all presumptive nominees is the late icon, Chadwick Boseman, whose mesmerizing performance in ‘Ma Rainey’s Black Bottom’ has ascended him to the top of the likely “Best Actor” picks.

Although this race does already appear to be set in dedication to Boseman’s immeasurable talent and everlasting memory, several other actors are speculated to join Boseman in the category including Anthony Hopkins for his performance in ‘The Father,’ Riz Ahmed for his breakout role in ‘Sound of Metal,’ Steven Yeun for ‘Minari,’ and Delroy Lindo for his performance in Spike Lee’s ‘Da 5 Bloods.’ One less predictable but equally deserving contender for this prize is Sacha Baron Cohen for his highly controversial and topical performance in ‘Borat Subsequent Moviefilm,’ in which prominent members of the Trump administration like Mike Pence and Rudy Giuliani were targets of Cohen’s crude, politically charged pranks.

The rivalry for room in the list of nominations for “Best Actress in a Leading Role” currently stands much more contentious than it’s counterpart, as the performances of women in film have surpassed critics’ wildest expectations, in terms of both diverse stories and their execution. One actress no stranger to the Academy Awards is 2 times Oscar winner, Frances McDormand, who will likely be up for her 6th nomination for her leading role in ‘Nomadland.’ Another Hollywood legend, Viola Davis, is sure to return to the Oscars stage for her rousing performance as Ma Rainey in ‘Ma Rainey’s Black Bottom.’ Other actresses who are believed to hold favorable standings in the running for “Best Actress” nominations include Vanessa Kirby for ‘Pieces of a Woman,’ Andra Day for her performance in Lee Daniels’s upcoming ‘The United States vs. Billie Holiday,’ and Carey Mulligan for her lead role in the riveting ‘Promising Young Woman.’

What would stars be without their supporting cast? Some of the most exciting and memorable moments of Oscars night come from the best-supporting actors’ competitions. As it stands now, Leslie Odom Jr.’s performance in ‘One Night in Miami’ as well as Paul Raci’s in ‘The Sound of Metal’ have positioned these two as the surest bets for “Best Supporting Actor” contenders. Daniel Kaluuya, Stanley Tucci, and Sacha Baron Cohen all stack up as remarkable competition, however, with their performances in ‘Judas and the Black Messiah,’ Supernova,’ and ‘The Trial of the Chicago 7,’ respectfully. As for “Best Supporting Actress,” Olivia Colman’s role in ‘The Father,’ Amanda Seyfried’s performance in ‘Mank,’ and Youn Yuh-jung’s contribution to ‘Minari’ all appear to be top picks for the prize. Other nomination hopefuls include Ellen Burstyn for ‘Pieces of a Woman,’ Glenn Close for ‘Hillbilly Elegy,’ and Maria Bakalova for her astounding improv-comedic work in ‘Borat Subsequent Moviefilm.’

While 2020 was a year that will be hard to forget for all the wrong reasons, and 2021 is surely off to a bumpy start, the Academy Awards remain as a beacon of hope for the legacy of film and the perseverance of the stories they celebrate nonetheless.