2020: An Outstanding Year for LGBTQ Representation Against All Odds 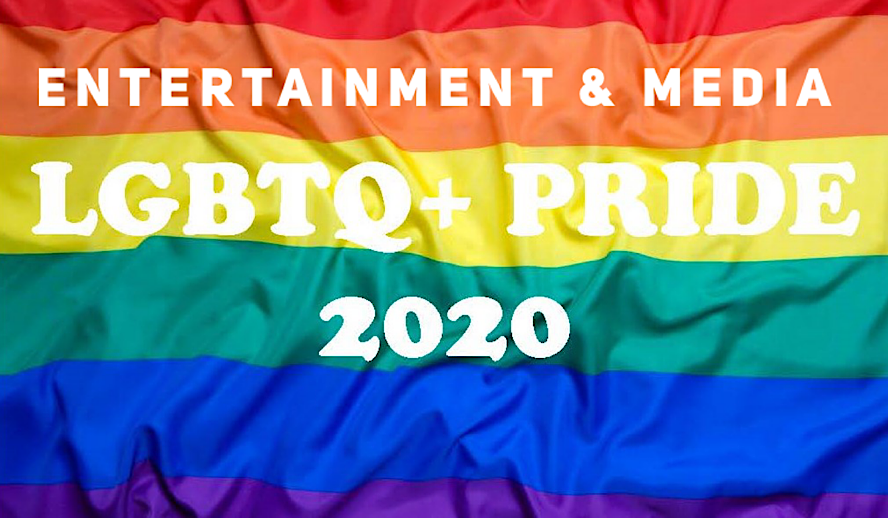 The impatience to bid adieu to the tumultuous and often brutally devastating year of 2020 is all too well warranted; however, it is important to note the triumphs of the beginning of the sprouting decade before the collective expunging of 2020 from the global memory. One specific but crucial development of last year was the increase of LGBTQ films produced and distributed, despite the grueling obstacles of the pandemic’s grasp on the filmmaking industry, as well as the rampant homophobia and transphobia yet to be stomped out of the darkest corners of international society. With each coming year, the implementation of queer stories into mainstream Cinema improves, as does the handling of the LGBTQ individuals whose stories are told.

The film that stands out as a true beacon of hope for, as well as an homage to, the LGBTQ community is the Laverne Cox produced, ‘Disclosure,’ a documentary that sheds light on the reality of trans peoples’ experience in the entertainment industry, in front of and behind the cameras. This documentary is the epitome of positive queer representation as it is entirely produced by, starring, and dedicated to trans people as the history of transgender representation is critiqued and an improved future for transgender entertainment is called to action. From early depictions of trans people in the silent film era to the exciting potential that television series like ‘Pose’ hold for the media portrayal of trans people, ‘Disclosure’ is as empowering as it is informative for allies of the trans community eager to advocate for more diverse queer stories. Highlighting a beautiful and resilient community that is often underrepresented and mistreated, ‘Disclosure’ serves as a unifying celebration of the trans community’s legacy as well as their limitless future in entertainment.

Another film that exhibited 2020’s impressive catalogue of queer representation is ‘Ma Rainey’s Black Bottom,’ which sheds light on the overlooked life of the legendary blues singer, Ma Rainey. Not only has Rainey’s contribution to the genre of blues music been erased over time, but the songstress’s gay identity has also been wiped out. ‘Ma Rainey’s Black Bottom’ elevates the story of a black gay woman from the trenches of obscurity to the platform of a hero brought to life by movie star Viola Davis. Other films of 2020 were spectacular in creating much-needed havens of queer joy for LGBTQ audiences such as Ryan Murphy’s, ‘The Prom’ and Clea DuVall’s ‘Happiest Season,’ both of which share inspiring, feel-good stories of gay and lesbian characters overcoming oppressive homophobic discrimination and finding the inevitable elation that accompanies self-acceptance.

Although Cinema indisputably made an impressive amount of bold strides in representation for the LGBTQ community, the ever-expanding medium of television shows arguably outperformed film in churning out new, varied, and compelling queer stories. Ironically, 2020 kicked off to a great start, for LGBTQ representation that is, with Netflix’s release of ‘Sex Education’s’ second season.  The UK phenomenon is one of Netflix’s most impressive original titles, as its diverse cast and sex-positive themes consist of gay, pansexual, asexual characters all unapologetically owning their sexuality and dismissing the repressive heteronormative norms of their society.

Netflix was not finished producing original gay series as evidenced by Ryan Murphy’s sensational ‘Hollywood’ debut on the streaming service. ‘Hollywood’ was one of 2020’s freshest concepts as it reimagined the golden age of Hollywood in which stars could be openly queer and not face any discrimination for it. Not only is Murphy’s ‘Hollywood’ an astounding homage to the LGBTQ community for its creation of a dazzling fantasy of what could have been, but also for sowing the seeds of the inclusive Hollywood that could be.

2020 also featured some queer television series that were not afraid to push the boundaries of what LGBTQ representation entails. Michaela Coel’s groundbreaking ‘I May Destroy You’ explored some of the more subtle and tragic intricacies of queer life as sexual violence and the matter of consent is processed through various lenses of identity, including a Black gay man’s. Similarly, Luca Guadagnino’s  ‘We Are Who We Are’ served as a detailed and thoughtful depiction of queer life, analyzing the time in every gay and trans person’s youth when the truth of one’s identity can no longer be ignored. Following the stories of a restless queer teenager and his friend who is launching his life as a transgender boy, Guadagnino and HBO unite to share a story of queer love, the likes of which never before broadcasted to TV screens.

Finally, there were several shows that encouraged queer celebration and pride which is necessary every year with or without a pandemic. Hulu’s ‘Love, Victor’ delivered on the heartwarming rom-com experience from a gay point of view queer audiences have highly anticipated for decades. Additionally, ‘RuPaul’s Drag Race’ brought gay triumph to millions of homes with 2 seasons released in 2020, both of which highlighting the immeasurable talents of diverse collections of drag queens as they sashay their way through fashion and lip-sync challenges to the crown.

Where film studios have been rendered futile as the coronavirus pillages the globe musicians were afforded a unique opportunity to create and produce new content from home, allowing for a fruitful year of imaginative and invigorating albums. And of course, LGBTQ musicians were some of the most impressive contributors to the masterful collection of music released in 2020. Universally regarded as one of the best pop records in recent memory, Rina Sawayama’s ‘Sawayama’ went deep into Rina’s history growing up in Japan, exploring relationships with women, and manifesting her fantasies of grandeur all set in a sonically genre-bending pop landscape. The most notable track off of ‘Sawayama’ for queer listeners is “Chosen Family,” in which Sawayama declares that the bond she has between her friends is as thick as blood, a sentiment extremely familiar to the LGBTQ community. Additionally, Arca, an experimental pop producer who has a resumé working with icons such as Kanye West, FKA Twigs, and Frank Ocean, released her hyper pop album, ‘KiCk i.’ The album is kicked off with the track, “Nonbinary,” an exhilarating expression of Arca’s identity as a nonbinary trans woman.

Related article: LGBTQ+ Representation in Film/TV: From The First Romantic Film in 1919 Based On A Gay Love Story To Where We Must Go

One of the highest acclaimed albums of 2020 is bisexual singer-songwriter Phoebe Bridgers ‘Punisher,’ a heartbreakingly stirring and contemplative experience. Perfume Genius’s ‘Set My Heart on Fire Immediately’ stood out as one of the most original records of the year as the pop-friendly melodies and ambient production culminated in a striking experience of gay love. Additionally, two of the world’s biggest queer pop stars, Lady Gaga and Miley Cyrus, released vibrant, rousing albums in the form of ‘Chromatica’ and ‘Plastic Hearts,’ respectively. On top of both of these artists identifying as members of the LGBTQ community, their massive fanbases have become havens for queer lovers of music, and the bombast of these two thrilling albums gave LGBTQ people a reason to dance and celebrate, even from home.