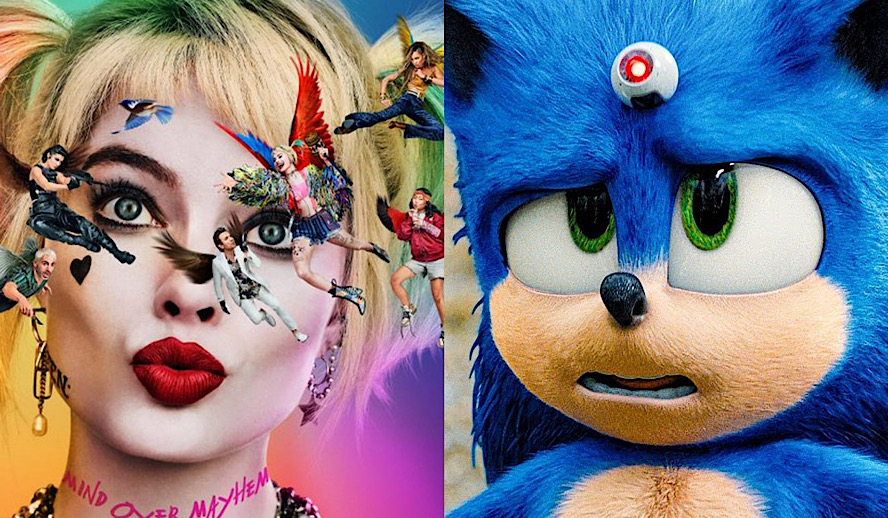 Surprisingly enough, Sonic is off to the races at the box office with a soaring collection at $70 million in the opening weekend itself, beating all other video game adaptations. Not only is this almost making back the nearly $95 million budget, but it marks Paramount’s biggest opening weekend since Mission Impossible: Fallout back in 2018. This seems like an anomaly since every video game adaptation has flopped: Assassin’s Creed,The Angry Birds Movie,Warcraft, and the list could go on. Looking at the tracking, it will probably make more money than Detective Pikachu, which had a witty Ryan Reynolds voicing our furry friend. Meanwhile, Birds of Preynever seemed to find its footing, bringing in $19.8 million domestically over the holiday weekend and a grand total of $62 million so far . This is up against a $97.1 million budget. Though, the film is doubling its budget via worldwide sales. At the moment, Birds of Prey is projected to finish anywhere within the 200-250 million dollar range. However, for a comic book movie starring Margot Robbie and Ewan McGregor, that almost seems like a failure. So, what makes Sonic different from Birds of Prey?

Related Article: Social Media’s Immense Power On Hollywood: How the Pushback from Fans over Sonic the Hedgehog’s Appearance Prompted a Complete Overhaul

Full Commentary and Reactions From Stars – Sonic The Hedgehog

Many Audiences felt Uncomfortable with Birds of Prey, as it was trying to push a “Feminist Agenda” which affected its Box Office

Once Birds of Prey was released, there was immediate discourse that this film was attempting to push a “feminist” agenda that many audiences just did not feel comfortable with. (The same issue people had with the Elizabeth Banks’ Charlie’s Angels movie starring Kristen Stewart, Naomi Scott and Ella Balinksa). I saw the Harley Quinn film, there was no agenda being pushed. The notion that there was an obvious message within the movie most likely comes from the female-led cast and crew. The main characters are Harley (Margot Robbie), Huntress, (Mary Elizabeth Winstead), Renee Montoya (Rosie Perez), and Cassandra Cain (Ella Jay Basco). We switch back to Black Mask (Ewan McGregor) and Victor Zsasz (Chris Messina), but not too often. The main meat of this film is these strong women teaming up to fight abusive men. Yes, it has a “girl power” element to it, but why aren’t women allowed to be strong without politics being attached to it? Also, the fact that this film was written and directed by women brought the female gaze into it. Instead of Margot Robbie being 75% nude like in Suicide Squad, her outfit was changed. Now, made more colorful, bombastic, and full of her personality. Of course, Twitter users raged a storm, because she isn’t “sexy” anymore. Of course she isn’t sexy, she is not meant to be. Harley spends most of the film trying to recoup herself after her breakup, what is sexy about that? This is a film about women taking their power back, produced, written, directed by, and starring women. Of course some men will feel threatened that this film exists. On the other hand, Sonic is safe, Sonic is comfortable, Sonic is not controversial. People simply feel safer spending their money to bring their child to see Sonic rather than Birds of Prey. Is that what box office is looking for?

Related video: In Conversation with Jim Carrey | ‘SONIC THE HEDGEHOG’

Related video: A Tribute To The Academy Awards: All Best Actor/Actress Speeches From The Beginning Of Oscars 1929-2019 | From Rami Malek, Leonardo DiCaprio To Marlon Brando & Beyond | From Olivia Colman, Meryl Streep To Bette Davis & Beyond

Besides politics, there is a whole other spectrum that exists: marketing. Sonic had received a lot of free marketing last year as a result of their controversial character model. When they first released their trailer, the summer of last year, everyone across the internet was disappointed and begged the studio to fix it. The unthinkable happened, they actually pushed back the release date and fixed the design. If you were on the internet during this time, silly as it was, was one of the trending discussions. Undoubtedly, it stayed in people’s minds the whole time as they wondered out of morbid curiosity what the final product would be. Thus, free publicity. Birds of Prey never had that effect on audiences. Upon the release of the trailer, there was a general “meh” reaction, at least from what I can gather online and from people I know. Nothing about their promotion caught my eye or was aggressive in the way that stuck with me. This is an issue because if you cannot create an exciting campaign early on that gets people talking about the film, then no one will be interested from the get go. Unfortunately, I found myself to be the only one out of my circle to be talking about Birds of Prey. Maybe box office needs a constant chatter strategy?

Rendezvous At The Premiere of Sonic The Hedgehog

Studios Don’t Take Many Chances on Women Filmmakers, Support Them

Regardless of how you feel about either film, history was made with Birds of Prey. It is the first comic book film to be produced, written, and directed by an all-women team, and we do not know how many more of those we will get. We do not get many films through the female gaze, and I appreciate when studios take those risks. Ultimately, I feel like the soaring success of Sonic while Birds of Prey flops is due to a combination of marketing and a general discomfort of the audiences. Sonic had a leg up due to their past controversy, and Warner did not have the best marketing strategy. The studio’s only recent hit had been Joker, while Doctor Sleep and Motherless Brooklyn flopped. I just hope that Warner Bros. does not receive the wrong message, and we get more films just like this: creative, unique, and told by voices of all backgrounds.

– A Screen is A Screen: Actors Are Moving to Video Games as a New Medium For Their Careers

– Why Cinema Will Never Die – Long Live Cinema & Its Greatness

– What Is Going On With Lucasfilm? What Is The Cause For the Messy ‘Rise of Skywalker’ Finale To A Beloved ‘Star Wars’ Saga?