WATCH: “If Your Child Told You They Were Gay/Lesbian, What Would You Do?” – Prince William Confirms He Would Completely Accept His Gay Children – Hollywood Insider’s ‘Messages From America’ – Episode 6 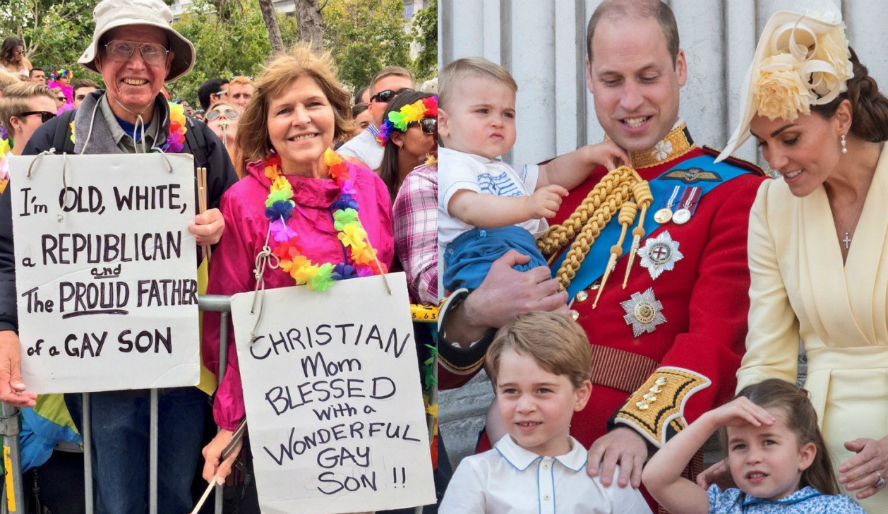 Photo/Video: If Your Child Told You They Were Gay/Lesbian, What Would You Do?/Hollywood Insider YouTube Channel

The future King also currently known as Prince William has confirmed that he would fully support his children if they were gay stating “I’d be absolutely fine if my children were gay. Obviously, absolutely fine by me.” He went on to state that both him and Duchess Kate Middleton are going to accept them responsibily and he would like the world to work with him and make sure that they “help and correct and put in the past, all the hateful words, persecution, barriers and discrimination that might come” towards gay and lesbian people. Prince William showed his full support for LGBTQ rights and acceptance/celebration while speaking to young LGBTQ youth at the Albert Kennedy Trust, a charity in London which support LGBTQ young people who are at risk of homelessness. Since the future monarch has shown his full support to all gay, lesbian and LGBTQ people, Hollywood Insider’s ‘Messages From America’ asked American and visitors their response to the question “If Your Child Told You They Were Gay/Lesbian, What Would You Do?”:

1. Parent from Georgia with a lesbian daughter: “I love my daughter, I love all my children, I love them all equally, I treat them all the same, they’re a part of me and they know the happiest thing for me is when they’re all together, and we are all sitting down socializing, laughing, joking, talking. And their life is their life and they’re a part of my life always.” 2. Man from England living in New York: “My response to that would be first, thank you so much for trusting me, second I would say is “and, “Is that all? If you are gay or lesbian does not matter to me at all, it has no effect on my love for you as a parent, I unconditionally love you, I care for you, and I really hope whoever you bring home to meet me is amazing… and I hope that you contiunue to live your life courageously becasue you’re going to need a lot of that, especaily in todays day and age where alot of people have prejudice views, so I hope you have a lot of courage and that I hope you dont give up your sexuality and I hope you continue standing up for who you are.” 3. Man from California living in New York: “I would say, That’s great, I am glad you came to me and trusted me with this information. I support you, no matter what, you are my child, and I am going to love you no matter what.” 4. Physician: “I would be proud of them, I would tell them to accept who they are and if they have any questions that we could talk about it and get information. I mean I’m not going to shy away or shun my child for opening up themselves in a more sexual base or a mental aspect of how they view people, I think that’s something that’s beautiful and I think that’s part of evolution in my opinion.” 5. Man from New York Protesting in front of Trump Tower: “I’d be ecstatic, if they were convinced and committed and happy and saw that is the way they wanted to live their life, I’d be very supportive of it.”

Season 2 | Episode 6: “ If Your Child Told You They Were Gay/Lesbian, What Would You Do?” Hear as a wide range of people from all over America tell us.

If Your Child Told You They Were Gay/Lesbian, What Would You Do? Most of the people in America are nothing like the politicians in America – so it is important to make sure that world sees more of America and its people than just the loud politicians, regardless of them being republican/democract or any other political iteration