A Tribute to Chris Evans: The Rise and Journey of America’s Sweetheart and All-Round Good Human 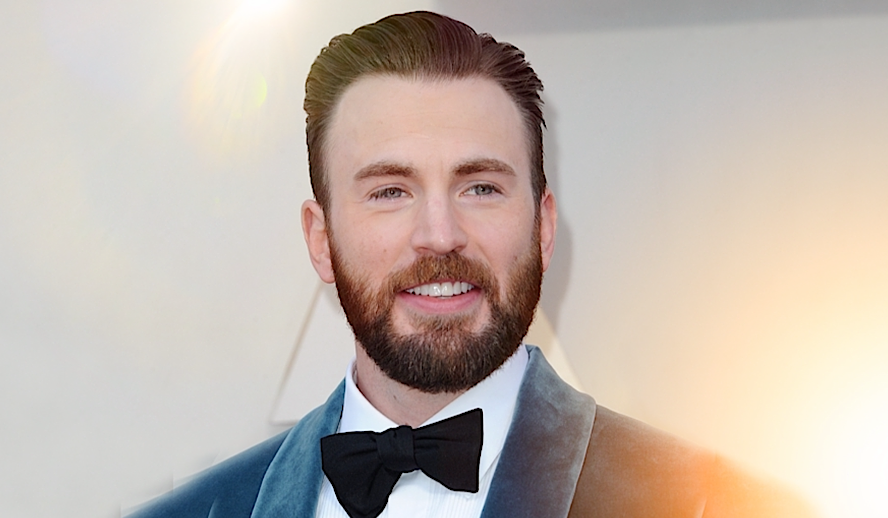 The king of charisma, the handsome heart-throb, and America’s captain. Chris Evans has had an interesting life that’s molded him into America’s sweetheart. His mother was an artistic director at the Concord Youth Theater and his father was a dentist. A Boston native, with 3 siblings, all of whom are actors, he had a talented and versatile support group that accentuated his multifaceted talents and perspectives. He began acting as a teenager, gaining interest after seeing his sister get involved in plays. He started in live theatre performance and has stated he enjoyed musical theatre, though the world has yet to see Evans’s musical talents unfold. A pivotal year in anyone’s life, but one that especially set the course for Evans’s career, was right after his junior year of high school when he spent an entire summer taking classes at the coveted and beloved Lee Strasberg Theatre and Film Institute.

His time at the institute made a major impact on him, and the skills he learned there would aid him in his journey to become one of the top-grossing actors of all time. He comes from humble beginnings, not at all starting out as the biggest superstar in the world. As an adroit performer, who’s admittedly suffered from anxiety for his whole life – even saying he’s always been terrified of auditions – he has an effect on people all around the world as being a light of inspiration, someone easy to connect to, and a role model to all.

Evans’s first big break on a major movie was at the age of 20 in a 2001 parody comedy Not Another Teen Movie. Evans was the second lead behind Chyler Leigh, and he would later tell The Wrap “It wasn’t exactly some highbrow art, I was thrilled but my buddies were still giving me a lot of crap and calling me a terrible actor.” The film would go on to gross more than double its budget but was ripped apart by critics. After a few years of starring in movies that were not positively received commercially or critically, Evans finally landed a huge role as Johnny Storm in 20th Century Fox’s Fantastic Four in 2005. Unfortunately, the film was not reviewed well by critics and received a strong backlash from fans of the comic book series.

Although the hate was strong, there was a cult-following of people who loved the film, which was evident by the film’s earnings at the box office, and was enough for the cast and crew to release a sequel two years later, Fantastic 4: Rise of the Silver Surfer. The film barely earned its budget back in its North American release but was a financial success internationally. Audiences and critics responded equally as they did to Fantastic Four, which ended that cast and crew’s journey with the comic book series. Evans would star in several small movies during the early and mid-2000s, none of which earning much financially or garnering positive attention whatsoever. These hiccups at the beginning of Evans career may be the reason behind his charming and beloved humility, which has become a staple of his ultra lovable personality.

EVOLUTION: Every Chris Evans Role From 1997 to 2020, All Performances Exceptionally Poignant

After Evans’s stint with the Fantastic Four series, he went on to play a memorable supporting role as Lucas Lee in Edgar Wright’s star-studded Scott Pilgrim vs. The World in 2010. Then of course, as the world knows him now, he joined the Marvel Cinematic Universe and was cast as Captain America/Steve Rogers in Captain America: The First Avenger. Chris Evans not only portrayed the character of Captain America, but he’s also earned the respect and love of America just as much as the character in the movies and comic books. He’s modeled the sort of behavior and honor that the caped superhero also does, but not in the typical way where an actor’s persona begins to morph around the character they play, but rather, the character of Captain America has molded around Evans. This is for a number of reasons – his sheer talent for acting is one of them. His charm, quick wit, and ravishing looks are another, but at its nucleus, Evans’s raw authenticity and benevolent brightness shines from deep within him.

The 2010s were much better for Evans career-wise, being an exponential turning point and catapulting him to international success that only the best stars in the history of Hollywood have matched. Following the success of Robert Downey Jr’s Iron Man and Iron Man 2, Captain America was a ginormous success and would be succeeded by two more stand-alone films and four Avengers films. The franchise has grossed more than any other film in the film industry, with Avengers: Endgame holding the top record for highest-grossing film of all time.

Aside from the superhero movies, Evans has been in a number of incredibly commercially and critically successful films. One of which was Bong Joon Ho’s Snowpiercer. He also played a pivotal role in Rian Johnson’s Knives Out. Evans has gained respect from film fans of all types, demonstrating his passion for acting in major studio funded projects and also indie, more artistic projects, adding to his well-known and respected versatility.

What Else Does Chris Evans Do?

Chris Evans has spent his entire career in front of the camera, with immense praise for his good looks and physique. As the artist in him grows and matures, he found himself behind the camera for a 2014 film produced by McG’s Wonderland Sound and Vision titled Before We Go. Though the film did poorly critically and commercially, Evans has stated that he still plans on directing more films and that he learned a lot from his experience directing Before We Go. Being his directorial debut, his next project will receive support and enthusiasm from his tens of millions of fans.

Stepping outside the entertainment industry, Evans is showing his versatility and in recent years has become an entrepreneur. He co-created a video-based civic engagement platform called A Starting Point, which aims to create a bipartisan channel of communication and connectivity between Americans and their elected officials. On a social level, he’s a sensation on Twitter, earning some of the most retweets and favorites from his over 14 million followers for always brutally honest, and oftentimes funny, tweets.

This year, Evans starred in Apple TV+’s Defending Jacob. He has been confirmed to star alongside Ryan Gosling in an upcoming Russo Brothers movie titled The Gray Man. The film is based on a novel by Mark Greaney, a co-author of the Jack Ryan novels. A release date for the film has yet to be determined. With the 2010s being an incredibly successful decade for Evans, him being one of the biggest actors to spearhead cinema during those ten years, the 2020s are sure to look even better for the amazing and beloved star.

We, at Hollywood Insider, will continue to champion one of our favorite superstars Chris Evans. We respect you and we cheer you on.