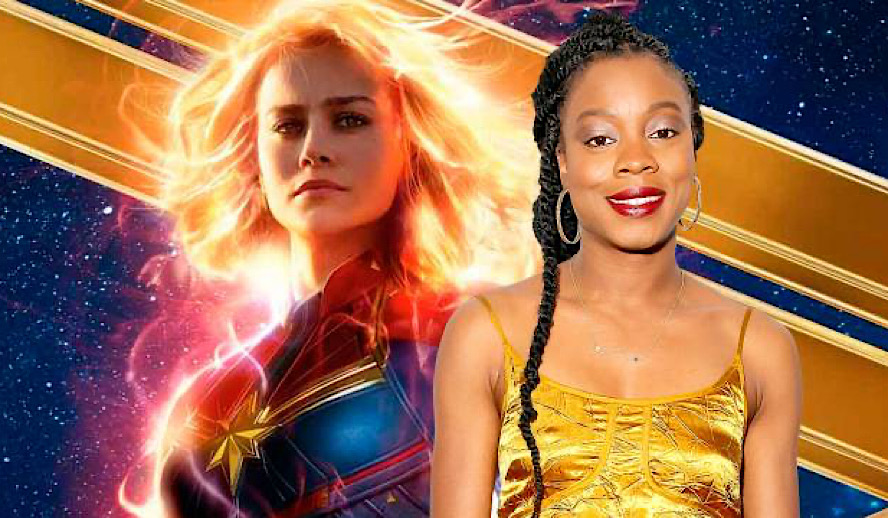 As one of the most prolific film studios today, Marvel Studios has begun diversifying its films’ casts and crews in recent years. In the early days of the Marvel Cinematic Universe, their films were dominated by white male leads and directors, with women and people of color relegated to supporting roles. Since its inception with 2008’s Iron Man, it took Marvel Studios ten years to produce a film that starred and was directed by Black talents in Black Panther. For a film to star and be directed by a woman, it took eleven years in Captain Marvel.

However, it appears that Marvel Studios is doubling down on its quest to diversify its film slate. Variety has confirmed that Captain Marvel 2, the upcoming sequel to 2019’s Captain Marvel, will be directed by Black female director Nia DaCosta. By replacing the first film’s director duo of Anna Boden and Ryan Fleck, DaCosta will become the first female person of color to direct a Marvel Cinematic Universe film.

The hiring of Nia DaCosta continues an established Marvel trend of hiring young, up-and-coming directors to handle their major blockbusters. After a series of short films, DaCosta’s directorial debut came with the 2018 neo-Western thriller Little Woods, which she also wrote. The film, which stars Marvel Studios veteran Tessa Thompson, was highly acclaimed at the Tribeca and Los Angeles Film Festivals when it premiered. The film tells the story of two sisters who, driven to desperation, become involved in cross-border drug trade.

Following Little Woods Nia DaCosta’s next upcoming film is Candyman, a sequel to the iconic 1992 slasher film of the same name. Directed by DaCosta, and written by her and Jordan Peele, the film will be a continuation of the original film’s story with Tony Todd returning to the titular role. The film will star Yahya Abdul-Mateen II as Anthony McCoy, an artist who was captured by the Candyman as an infant in the original 1992 film.

While it is the continuation of an established slasher franchise, it appears that DaCosta’s Candyman will tackle some unique and difficult topics. Racial tension, gentrification and trauma are apparently all subjects that the director is looking to examine and discuss throughout the course of the film. While posting an artistic teaser trailer on her Twitter account, DaCosta wrote, “CANDYMAN, at the intersection of white violence and black pain, is about unwilling martyrs. The people they were, the symbols we turn them into, the monsters we are told they must have been.”

This fascinating theme of unintentional martyrdom is extremely compelling, especially given today’s shaky political climate. The Black Lives Matter Movement has recently been revitalized due to the unjust death of George Floyd, who became a symbol of racial tension around the world. DaCosta’s willingness to address these issues through her films, even a horror franchise installment like Candyman, bodes well for her potential with Captain Marvel 2.

It is important to remember that Nia has been hired due to her talents as a filmmaker rather than just her skin color. Talent has no gender, race, color, religion, sexuality, politics, etc.

This level of diversity among the directors of Marvel Studios’ upcoming film slate is a welcome change of pace for the superhero movie producers. For the first decade of the Marvel Cinematic Universe’s existence, every new release was directed by a white man and starred mostly white men in the titular roles. There were major female roles, such as Scarlett Johansson’s role as the superhero spy Natasha Romanoff/Black Widow or Gwyneth Paltrow’s role as Tony Stark’s love interest Pepper Potts, but it was always the men who got their name on the poster. Black actors were also present, such as Don Cheadle’s James Rhodes/War Machine or Anthony Mackie’s Sam Wilson/Falcon, but they too were kept in minor roles.

Then, in 2018, Black Panther broke new ground as the first Marvel Studios release to both star and be directed by Black actors and director. The film boasted an impressive star-studded cast of Black actors such as Chadwick Boseman, Michael B. Jordan, Lupita Nyong’o and Danai Gurira. The director, Ryan Coogler, was also an up-and-coming Black director who had found great success with his previous films Fruitvale Station and Creed. This predominantly Black cast and crew allowed Black Panther to feel authentic to the African-American experience, and reach Black viewers in a way that a white director could not have possibly achieved.

Then, in 2019, Captain Marvel once again flipped the typical Marvel script by starring a new female hero, Brie Larson’s Carol Danvers/Captain Marvel. The movie was also directed by the mixed-gendered team of Anna Boden and Ryan Fleck, known for their previous films It’s Kind of a Funny Story and Mississippi Grind. Captain Marvel put a distinctly female spin on a classic superhero story, with Danvers confronting years of hostility and discrimination due to her gender. The perspective of a female military officer is unique, and set a positive example for young viewers. Anna Boden’s presence on the project was no doubt invaluable in crafting this relatable female-centric conflict.

Related article: Can White Filmmakers Make Films on Black Stories? – ‘Green Book’, ‘The Help’, ‘Get On Up’, ‘Waves’

Continuing to Push the Envelope

With the success of both Black Panther and Captain Marvel, it seems that Marvel Studios is now more comfortable with diversifying their future projects. Their next upcoming release, Black Widow, will finally give Scarlett Johansson’s spy hero her own solo film. The project is being directed by Cate Shortland, an Australian director known for past projects Lore and Berlin Syndrome. The following Marvel Studios release, 2021’s The Eternals, will also be directed by female director Chloé Zhao. Zhao is known for previous films Songs My Brothers Taught Me and The Rider.

Marvel has also announced Shang-Chi and the Legend of the Ten Rings, which is intended to be an Asian-centric production to match the titular character’s ethnicity. The film will be directed by Hawaiian director Destin Daniel Cretton, who previously directed The Glass Castle and Just Mercy, and will star Simu Liu in the titular role. The movie, which is also set to star Tony Leung and Awkwafina, will reportedly see Shang-Chi combat the villainous Ten Rings organization which was introduced in Iron Man 3.

Nia DaCosta’s involvement with Captain Marvel 2 is incredibly exciting, given her previous filmography and unique perspective. Hollywood Reporter suggests that the sequel may focus more heavily on Monica Rambeau, the daughter of Carol Danvers’ best friend Maria Rambeau. Monica Rambeau will reportedly appear in 2020’s WandaVision, a Disney+ television series that will focus on the home life of superheroes Wanda Maximoff and The Vision. Writer Megan McDonnell will write part of the series, and she will also be writing Captain Marvel 2. The show’s adult version of Rambeau will be portrayed by Teyonah Parris, who is also set to appear in Nia DaCosta’s Candyman. This web of connections suggests that DaCosta’s entrance into the MCU has been planned well in advance, and that her film will connect to the larger Marvel mythos in a significant way.

Marvel Studios’ commitment to diversifying their productions is admirable, and will only increase the quality of the finished products. Alternative perspectives benefit any piece of work, and films are no different. By hiring Nia DaCosta to direct Captain Marvel 2, they have ensured that the sequel will be a wholly unique take on the iconic comics character.