The Rise and Journey of Jonah Hill — Actor, Writer, Director 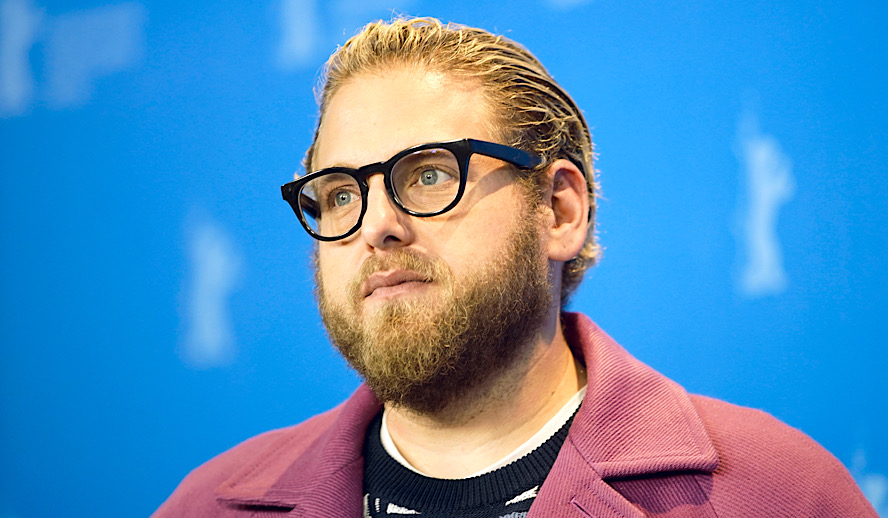 The Start of Something Special

Actor, writer, and director Jonah Hill has come a long way in the last two decades becoming one of Hollywood’s most prolific comedic stars, being nominated for two Academy Awards, and now being seen as one of Hollywood’s most talented up and coming directors. Getting his start in small roles in comedies such as Adam Sandler’s ‘Click’ and Steve Carrell’s ‘The 40-Year-Old Virgin’, Hill maximized his opportunities and quickly gained traction as an incredible talent on screen, endearing his way into the hearts of audiences around the world. With much success in the rearview, it is clear to see that the beginning years of Hill’s career were the start of something special. Fortunately for film fans, Hill’s most recent work behind the camera ushers in that same feeling of excitement for what the future holds for one of Hollywood’s most talented.

After appearing in several films in supporting roles, such as ‘Evan Almighty’ and Judd Apatow’s ‘Knocked Up’, Hill landed his biggest breakout role in the Seth Rogan and Evan Goldberg written high school comedy, ‘Superbad’. The film would catapult both Hill and fellow co-stars Michael Cera, Emma Stone, and Christopher Mintz-Plasse to stardom. The film paired crass-humor with relatable heart embodied by the characters of Hill and Cera, two best friends who have anxieties about graduating high school and beginning college. The film enjoyed success critically, financially, and with audiences being regarded as one of the greatest coming-of-age high school films ever made.

Following the hit that was ‘Superbad’, Hill went on to appear in many successful projects such as the Shawn Levy directed ‘Night at the Museum: Battle of the Smithsonian’, that also starred Ben Stiller, as an especially over-eager night guard and in the Jason Segel and Paul Rudd film ‘Forgetting Sarah Marshall’. Hill also enjoyed success in the field of voice acting, giving many memorable performances in animated films. Hill appeared alongside Jim Carrey in the animated adaptation of ‘Horton Hears a Who!’ as well as portraying Snotlout in ‘How to Train Your Dragon’ opposite the voice talents of Jay Baruchel, Gerard Butler, and America Ferra. Hill’s character provided comedic relief to the family film and was able to reprise his role in the film after its critical and box-office success in its two subsequent sequels, ‘How to Train Your Dragon 2’ and ‘How to Train Your Dragon: The Hidden World’. Hill would also provide his voice performance in the animated superhero film, ‘Megamind’, alongside Will Ferrell, Tina Fey, and Brad Pitt.

For an extended period of time, Jonah Hill was at the forefront of comedy in film. Since his success in ‘Superbad’, Hill has continued powerhouse comedic performances for an extended period of time with films such as the David Gordon Green film, ‘The Sitter’, in which Hill portrayed potentially the worst babysitter of all time alongside Sam Rockwell. In 2012, Hill starred along with Channing Tatum in the film reboot of the Johnny Depp television series, ‘21 Jump Street’. Working with directors Phil Lord and Chris Miller, Hill gives one of his most potent comedic performances. While most comedies utilize the double act, having one character be the straight man to the other’s more outlandish character, what stands out about ‘21 Jump Street’ is both Hill and Tatum are equally outlandish in their performances which works completely.

‘21 Jump Street’ was beloved enough by audiences that it earned a sequel, ‘22 Jump Street’, that only upped the ante in terms of hilarity and absurdity incorporating a meta, tongue-in-cheek style to the film’s writing. Hill’s chemistry with co-star Channing Tatum both drives and elevates each film allowing them both to be regarded as two of the funniest films of the past decade. In 2013, Hill would star in what may be his most ridiculous role in the Seth Rogan and Evan Goldberg-directed film ‘This Is the End’. The film saw actors Seth Rogan, Hill, Craig Robinson, Jay Baruchel, James Franco, and Danny McBride play exaggerated versions of themselves during the apocalypse. The film is as absurd as advertised and Hill’s performance as a naive, whimsical version of himself is easily one of the funniest parts of the film.

Amidst many of his most famous comedic performances, Hill began to make a conscious effort towards more dramatic roles. Around the time of ‘The Sitter’, Hill took a role in the Aaron Sorkin written ‘Moneyball’, a film that recounted the Oakland A’s rise utilizing baseball analytics. Opposite Brad Pitt and Philip Seymour Hoffman, Hill gave a subdued but powerful performance as an integral part of the captivating film. Hill brings his own flair to the beautifully written Sorkin dialogue that works incredibly well. Hill would go on to receive an Academy Award nomination for Best Supporting Actor.

Hill would continue his dramatic roles and next appear in Martin Scorsese’s ‘The Wolf of Wall Street’. The film paired Hill with the wonderful talents of Leonardo DiCaprio and Margot Robbie and allowed for Hill to truly come into his own as a performer. The absurd nature of this true story of Jordan Belfort allowed for Hill to marry his dramaticism and his comedy chops to give a compelling, entertaining, and engaging performance in the role. The chemistry between Hill and DiCaprio is a core element of the film that is essential to its success. Hill’s performance notched him another nomination for Best Supporting Actor. Hill would continue his dramatic performances in films such as Todd Phillips’ ‘War Dogs’, ‘True Story’ that also starred James Franco, and ‘Hail, Caesar!’ from Joel and Ethan Coen.

Stepping Into The Director’s Chair

In 2018, Jonah Hill’s feature-length directorial debut ‘Mid90s’ was released to theaters. The film received critical acclaim and box office success when compared to its budget. Hill ushered in elements from his own childhood experience growing up in the 1990s and crafted one of the most compelling films of that year. Hill cast mostly non-actors in the core roles of the film in an effort to achieve the most naturalistic performances possible; a choice that both paid off and worked to show Hill’s prowess in the director’s chair. The film showed why Hill is undoubtedly one of Hollywood’s most talented storytellers and has many eagerly awaiting his next film.

Jonah Hill has brought joy to many in his comedy, dramatic performances, and through his stories. While many performances get pigeon-holed into one thing, Hill continued to diversify his career and better himself and his skills becoming one of Hollywood’s most prominent comedic actors a decade ago and sits today as an up-and-coming indie director. While Hill has already enjoyed the successes many young actors and filmmakers dream of, there is still much more to expect and look forward to for Jonah Hill.

What’s Next For Jonah Hill

Check out Jonah Hill in his next film from Adam McKay, ‘Don’t Look Up’ that also stars Leonardo DiCaprio, Jennifer Lawrence, and Meryl Streep. ‘Don’t Look Up’ releases on Netflix sometime this year.