‘Almost Famous’: Let This Classic Give You Major Concert and Friendship FOMO Heading Out of The Pandemic 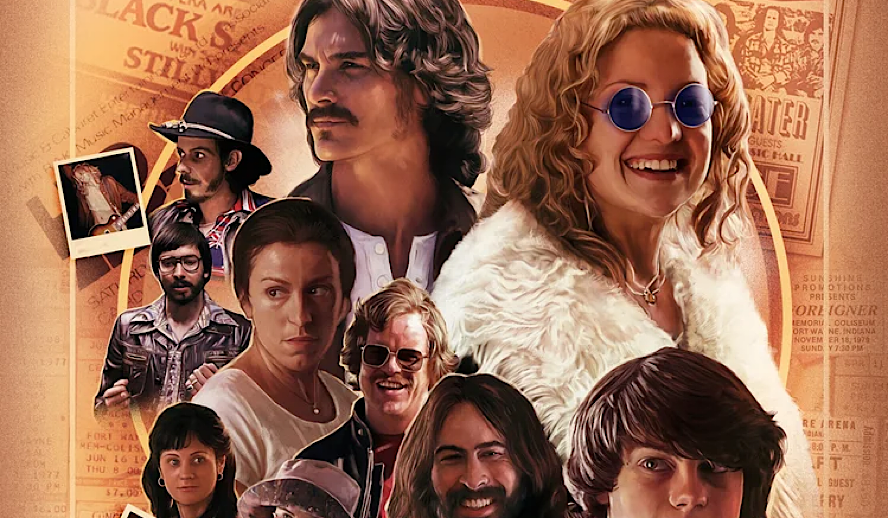 Cameron Crowe’s 2000 cult classic ‘Almost Famous’ hit Amazon Prime this month after Coachella has been canceled for the second year in a row. Not only do Penny Lane’s iconic outfits make us envy that dessert Shangri-La of music, but the film’s central theme of human connection and love through music are what many go to Coachella to experience. 21 years later, ‘Almost Famous’ is a favorite for anyone who loves Classic Rock and has a definitive taste towards moustaches and long hair donned by James Taylor-George Harrison-looking men.

Related article: The Rebirth of ‘West Side Story’: The Blockbuster-Maker Steven Spielberg Making A Classic Bigger and Better

The film, actually semi-autobiographical, tells the story of William, played by Patrick Fugit, a 15-year-old raised by his widowed college professor mother in the 70s who could not be prouder than when he says he wants to be like Atticus Finch. Unfortunately for her, his career as a lawyer is put in jeopardy when he falls head over heels in love with the Rock & Roll records his sister gives to him before leaving home to become an airline stewardess. He becomes a rock journalist prodigy and gets the chance to go on tour with the rising band Still Water, to write a story for Rolling Stone Magazine.

Along the way, he meets the Band-Aids, led by Penny Lane, girls who resent the name groupie and instead insist that they are there solely for the music. As William falls for Penny, Kate Hudson in an Oscar-nominated performance, Penny falls for Russell Hammond, Billy Crudup, lead guitarist of Still Water. It’s a road movie coming of age story that’s maybe too light in some areas, best expressed by Penny Lane: “never take it seriously, if you never take it seriously, you never get hurt, you never get hurt, you always have fun.” But unlike other comfort fests it is genuinely funny, has an awesome soundtrack, and is never mushy.

One Uncool Boy Living in a Cool World

What led to the cult following of ‘Almost Famous’? The soundtrack, the endlessly hilarious moments (Don’t take drugs!), and Penny Lane’s costumes and free spirit all helped, and perhaps they might be what people remember most about the film. On this viewing, however, William’s position as the outsider resonated more than ever. Could it have something to do with the fact that I have started writing journalistically about something I’m passionate about? It isn’t merely his age that makes him an outsider though, it’s his entire character.

When his sister Anita bends down and reassures him “someday you’ll be cool”, we are tricked into believing that we will see this day in the film, but as Philip Seymour Hoffman’s Lester Bang tells William in the end, they are uncool and will always have problems with girls. The truth of the fact is never so clear as when William is the one to watch Penny Lane get her stomach pumped and think she is beautiful even as it is happening while Russell is out celebrating with his girlfriend.

This dynamic is such a good representation of the number of normal people in such high-profile industries people assume you have to be cool or good-looking to be a part of, and by being so, expresses the central theme that art really doesn’t have anything to do with image. However, while it is an ode to ‘the nice guy’, the film does not demonize the other side. Musicians are cool, this film makes it impossible to deny that, but it tenderly reminds us that the only reason musicians are actually cool is because music is cool. Music is magical, it can lead an uncool boy on an incredible journey, it turns four unrelated dudes into brothers who fight and bicker but their undeniable relation, being music, not blood, keeps them together.

Any changes in character at the end are due to the realization that music is the only thing that makes a musician cool. To finish Penny Lane’s quote, “if you ever get lonely, you just go to the record store and visit your friends”, where there are no shining lights and no hotel rooms full of drugs and girls, just the music. As Penny decides to live in a strange version of reality by the end of the film, we have no doubt that she will take her own advice if she is ever lonesome in Morocco.

Yes, An Entire Section Dedicated to This Killer Cast

The supporting cast of ‘Almost Famous’ is also what makes the movie so iconic and lovable. To start, Frances McDormand, is phenomenal as Williams’ domineering but intelligent and well-meaning mother. Phillip Seymour Hoffman was perhaps the greatest character actor of our generation, and he does not disappoint as the cynical but honest local magazine editor, a vision of what William’s future could very possibly look like if Anita’s prediction does not come true. Anita by the way, is played by a very young Zooey Deschanel who is so natural in period costume and hair it’s scary. Another thing I realized on this watch is how ironic it is that the film opens with “The Chipmunk Song” when Jason Lee, who plays Still Water’s lead singer Jeff Bebe, would go on to star in the ‘Alvin and the Chipmunks’ film series.

Another miracle of the movie is the sheer amount of characters in minor roles whose careers have blossomed since then. Rainn Wilson is an editor at Rolling Stone magazine, and Jay Baruchel is an adolescent Led Zeppelin fanatic. Eric Stonestreet delivers one of the funniest scenes from the film as a hotel employee who has just gotten off the phone with William’s mom. Anna Paquin, already an Oscar winner at this point, is one of the Band-Aids in one of her first adult roles. Pauley Perette, a little hard to place without her iconic NCIS hair and tattoos, is a radio host, and who can forget Jimmy Fallon’s run as the manager Dennis Hope, the representation of the capitalism of Rock & Roll. This insanely recognizable cast is one of the many things that makes this movie so comforting.

The light early-2000s quotable classic is a dead breed of film. Cherish this one because it is one of the best. ‘Almost Famous’ is available to stream on Amazon Prime.