The Rise and Journey of Elisabeth Moss: Multi-Award Winning Actress of ‘The Handmaid’s Tale’ & More 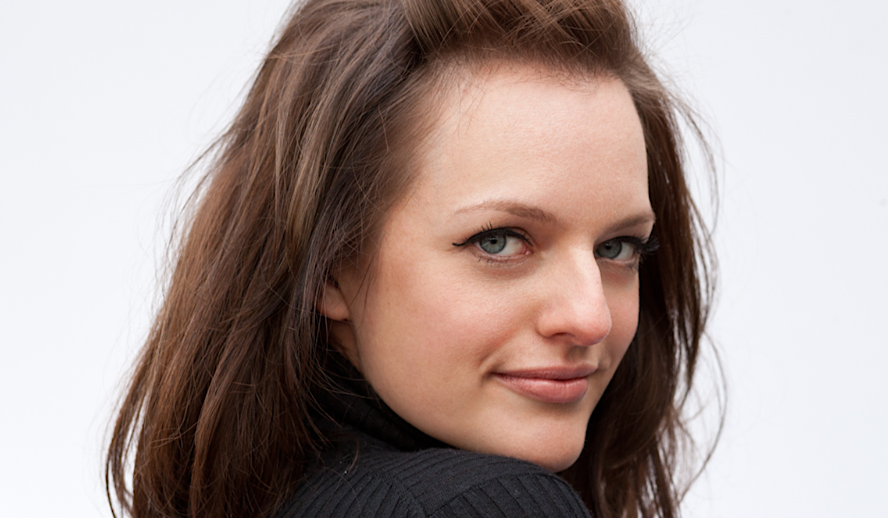 “There’s nothing like getting yourself into character and seeing a different person. It really wears on your vanity.” – Elisabeth Moss

Elisabeth Moss has been on the acting scene since 1990, and after thirty years she was dubbed by Vulture the Queen of Peak TV”. The Californian actress is best known for her roles in AMC’s ‘Mad Men’ and Hulu’s ‘The Handmaid’s Tale’, while also gracing the silver screen in hit films such as ‘Us’ and ‘The Invisible Man’.

Let’s take a look at the journey of Elisabeth Moss

An Actress from Childhood

Moss graduated high school two years early to fast-track her way into the arts scene, being homeschooled for some of that time in order to balance her education and career. The daughter of musicians Ron and Linda Moss, she originally wanted to be a dancer and studied at the School of American Ballet in New York, but ended up as a full-time actress. She had an eventful career as a child actress, gaining her first role at just eight years old in NBC’s mini-series ‘Lucky Chances’. She would take on numerous parts throughout her childhood and teenage years, including voice work for shows such as ‘Batman: The Animated Series’ and ‘Animaniacs’, with her big break coming in 1999 when Moss joined the cast of ‘The West Wing’.

‘The West Wing’ has had enduring popularity for many reasons, including popularising the iconic Aaron Sorkin ‘walk and talk’. The show about White House staffers ran for seven seasons over seven years, and cast Moss as President Josiah Bartlett and First Lady Abigail Barlett’s youngest daughter, Zoey Barlett. This would be Moss’s longest-running role until stepped into the shoes of Peggy Olson in ‘Mad Men’.

Becoming the ‘Queen of Peak TV’

Moss exploded onto the public’s radar when she arrived in the cast of Matthew Weiner’s ‘Mad Men’. Peggy Olson begins as secretary to Don Draper (Jon Hamm) before fighting her way up to copywriter – the first woman to hold the position since World War II. Peggy has arguably the most interesting arc on the show, growing in confidence and power that reflected in both her increasingly modern styles and rise up the ranks at Sterling Cooper.

Moss’s next role would be less well-known but just as critically acclaimed. While nominated for a Golden Globe for her role as Peggy Olson, Moss would take one home for her performance as Robin Griffin in Jane Campion (‘The Piano’, ‘The Portrait of a Lady’) and Gerard Lee’s (‘Breath’, ‘My Mistress’) ‘Top of the Lake’. In this two-season crime drama, Moss takes on the role of detective Robin Griffin who becomes obsessed with the disappearance of a pregnant twelve-year-old girl. The first season was filmed in Glenorchy, New Zealand – where scenes from ‘The Lord of the Rings’ also took place – while the second season, ‘Top of the Lake: China Girl’, was filmed in Sydney. The first season premiered at the 2013 Sundance Film Festival, with the second played at Cannes Film Festival in 2017.

“I like characters who have two different things going on, whether it is Robin from ‘Top Of The Lake’ having that strength juxtaposed with the vulnerability and being in pain, or whether it is Peggy from ‘Mad Men’ with her naivety and her sort of idiocy at times, combined with her intelligence and courage really to do what she did at that time.” – Elisabeth Moss, The Guardian 2016

‘Top of the Lake: China Girl’ wasn’t Moss’s only critical television success of 2017. In April of that year, the grim and timely adaptation of Magaret Atwood’s ‘The Handmaid’s Tale’ was released on Hulu and became an instant hit. The series, which was renewed for a fifth season in December last year, explores the dystopian United States renamed Gilead, in which a religious group stages a coup amongst plummeting fertility rates. Moss steps into the red shoes of Offred AKA June, a handmaid attempting to survive – and later rebel – in this harsh new world. The show, which was created by Bruce Miller (‘Eureka’, ‘Alphas’) and also stars Yvonne Strahovski (‘Chuck’, ‘Dexter’), Joseph Fiennes (‘American Horror Story’, ‘Shakespeare in Love’), and Samira Riley (‘Orange Is the New Black’, ‘The Sitter’), has taken home Primetime Emmys, Golden Globes and BAFTAs.

Star of the Silver Screen

Moss may be primarily known for her iconic movie roles, but she also has numerous successful features under her belt as well. She appeared in several television movies as well as Cinema releases in her child actor days, and stepped into the role of Polly from the classic ‘Girl, Interrupted’ in 1999. She has tried on a number of genres in the years since, including comedies such as ‘Get Him to the Greek’, dramas like ‘Day Zero’, and romances such as ‘The One I Love’.

Her most recent roles have proven that horror is a genre where Moss can shine as well. She portrayed Kitty Tyler and her underground double Dahlia in Jordan Peele’s sophomore feature ‘Us’, and that of Cecilia Kass in Leigh Whannell’s ‘The Invisible Man’ – one of the last movies to get a theatrical release pre-COVID shutdowns. Moss’s other notable film roles include Claire Walsh in the crime drama ‘The Kitchen’, following the wives of imprisoned New York gangsters, her turn as self-destructive punk rocker Becky Something in ‘Her Smell’, and as Dorothy in the charming biography ‘The Old Man & the Gun’.

Moss is far from finished adding prestigious titles to this already long and impressive list. She will be appearing in Wes Anderson’s latest piece ‘The French Dispatch’ and also Taika Waititi’s ‘Next Goal Wins’, neither of which have been released as of yet due to COVID-19. She also has three announced projects in pre-production: the television series ‘The Shining Girls’, the feature ‘Run Rabbit Run’, and the television movie ‘She Will Rise’.

“I just think that good stories are stories that reflect ourselves back at us and each other.” – Elisabeth Moss, The Guardian 2017

Elisabeth Moss has given as a varied, complex body of work through her three decades on screen. Her work spans a range of mediums and genres, with each of them showcasing her undeniable range and talent. We can’t wait to see what she will achieve next or whatever future surprises this iconic actress has in store for us.