‘Atypical:’ What to Expect From the Netflix Original’s New and Final Season | Season 4 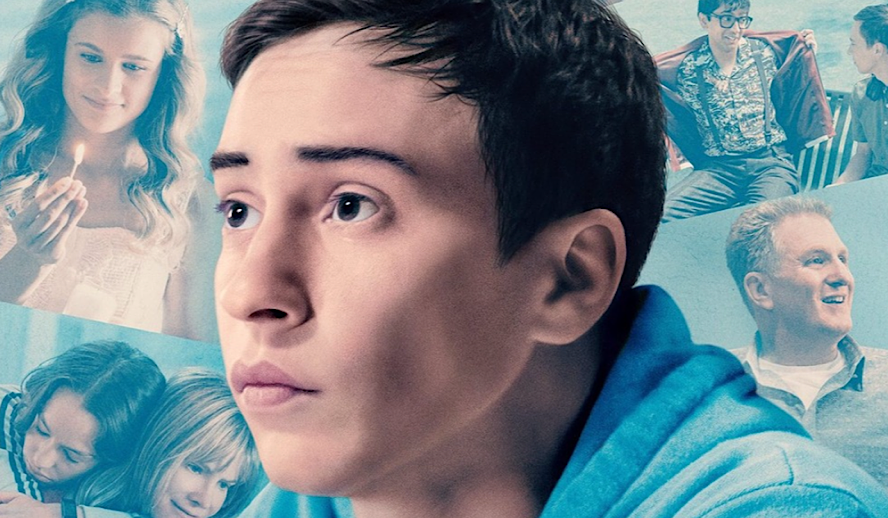 ‘Atypical’ is yet another fantastic television series created by Robia Rashid, also known for ‘How I Met Your Mother’ and ‘The Goldbergs.’ ‘Atypical,’ a Netflix original, follows the “coming of age” story of an 18-year-old boy with autism, Sam Gardner (Keir Gilchrist), and the many everyday struggles he faces along with the people around him like his family and friends.

‘Atypical’s’ upcoming and final season will be released this week, July 9, 2021, to be exact, on Netflix’s platform, which is exciting and sad at the time. This will be ‘Atypical’s’ fourth season, and I am incredibly excited to see what the last season will present to viewers obsessed with television comedy like me.

If you have never taken the time to embrace all the glory that is ‘Atypical,’ then you’ll be able to get the low-down on what the show is about and what to expect from the last season of the series here today, no spoilers of course.

With the information, we have so far from the official ‘Atypical’ season four trailer from Netflix and other tidbits of information shared leading up to this week – it seems that we will be able to see almost everyone from the past seasons. More specifically, Sam’s parents in ‘Atypical,’ Doug (Michael Rapaport) and Elsa Gardner (Jennifer Jason Leigh), whom we watch throughout the series, face their own growing pains.

For the most part, it seems the last season of the series will be tying up loose ends and explaining how the characters’ lives will continue as the series comes to a close, once again, sadly. Will we receive the endings we all so desire, though? No spoilers, but seriously will that one couple continue their relationship happily? If you watch, you know what I mean.

In season one, we were introduced to most of the main characters of the show and to some of the main conflicts that, in a way, define the characters and plot for the rest of the seasons. More specifically, we gain some insight into the dynamics of many of Sam’s relationships with his friends and family.

We also are able to uncover the dynamics between other characters within the series, such as Elsa and Doug’s relationship and Evan and Casey’s relationship. Both relationships provide some more shock factor and drama trough the season and have proved to do so throughout the rest of the series, which I am sure we will be able to find some closure this upcoming season.

Season two proves to be full of life lessons and confusion for all of the characters and perhaps for the viewers as well. We see the characters struggle with drugs, theft, infidelity, and sexual awakenings – what more could you ask for in a dramedy?

Through all of this, we also see much-needed growth for most of the characters and realize that not everything has a happy ending. This season, in particular, truly leaves many unanswered questions about the fate of the characters that were luckily answered in season three.

Season three of ‘Atypical’ provided much-needed depth to the characterization of the characters; we were provided with more information about the back-stories of many of the characters, which only led people to love them even more. ‘Atypical’s’ season three also provides some endings and new beginnings, ultimately making long-time viewers want to watch the upcoming season immediately.

With Covid-19 looming over the television and movie industry, many fans feared Netflix originals and other television series would not make it through the pandemic. This ultimately made ‘Atypical’ fans fear the worst – would we see a final season of ‘Atypical?’

With all of these fears in mind, Netflix announced in February 2020 there would indeed be a final season and began filming in January 2021. What can we expect from the last season of ‘Atypical?’

Not much can ever truly be said for upcoming seasons of shows, but by watching the season four trailer, it is totally going to be an emotional ride. Will that couple we all ship end up together, or will academics get in the way? What about that one guy we all love, but it doesn’t really seem he has a place left on the show anymore?

What about the one tumultuous relationship we can’t decide if we like or not? Will it work out? Most importantly, as the series ends, where will Sam Gardner’s life take him, and will it be as amazing as we all think it will and should be?

If the show has taught us one thing, it is definitely true that there will totally be some drama to balance out the comedy. I’m hoping for some more juicy hookups between unexpected characters and, I suppose, a little bit of newfound love between other surprising characters.

As it Comes to an End

I am sad to see the series end, but I am also excited at the same time to see what the last season will bring for all of the characters I have grown to love throughout the past seasons. If you have not yet watched ‘Atypical,’ I definitely encourage you to check it out as soon as possible on Netflix.

It is full of heartfelt moments, learning lessons, and nail-biting drama that all come together to create one of the best dramedies I have seen in a while. Not only will you love the characters of the show, but you will also grow an appreciation for the little things around you.