Reliably Hilarious Danny McBride: Give Him the Recognition He Deserves 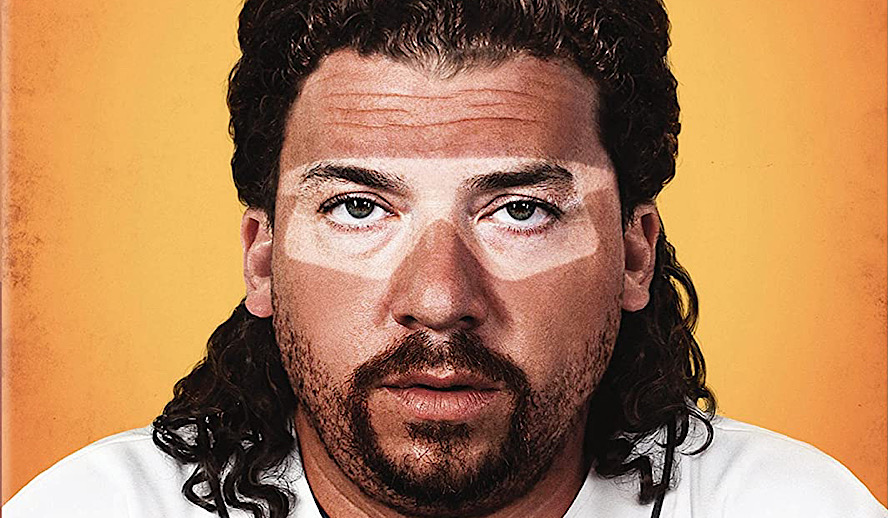 Unconventional upbringings that result in success are always inspiring to hear, and seeing a talent gain such notoriety after manually climbing their way up is gratifying. It never fails to fascinate global audiences when there’s an artist that’s skillfully versatile and far-reaching, yet successfully uniquely comical. To master one art form and continue to advance in others shows a drive and ambition that very few artists possess, and Danny McBride is one of them. He’s undoubtedly made most people laugh, as he’s been in some of the most recognizable and biggest films and television shows of the 21st century, and worked alongside some of the most incredible entertainers in the industry.

What makes him specifically fascinating is his ability to make any scene funny or engaging, and present a perspective of the perfect comical character with a unique twist – a person whose desires shadow his values, and he will stop at nothing to win. It’s the perfect formula for comedy, but is rooted in a much more condensed, and gradually explosive artistic nucleus in Danny McBride. His work the past ten years has not only been high quality on a production scale, but has elevated comedy television by blending novel characters and concepts with a limitless ability to push them further than most creators would dare to go. Danny McBride is no longer a comic relief, side character, or hilariously flawed frontman, he’s a writer, director, actor, and overall, auteur.

Born in Georgia, Danny McBride was raised by parents who both worked at a Marine Corps Base. Most of his work reflects the experience of people in the South, along with the perspective of angry, flawed people who are unable to attain what they want the most. At the core of his characters and everything they do, however, lies a childlike benevolence that’s beautifully uncovered as the stories progress, and always results in a heartfelt conclusion.

After graduating from high school, McBride attended the University of North Carolina School of the Arts, where he met future creative partners Jody Hill, director of ‘The Foot Fist Way’, ‘Observe and Report’, and many episodes of all of McBride’s shows, and David Gordon Green, director of ‘Pineapple Express’, ‘Your Highness’, and also, many of McBride’s shows. Their individual artistic careers have stretched beyond established success, but their collaboration and how deep their friendships go translates onto the screen, as even in the midst of some of their most bizarre storylines, there’s a camaraderie that keeps it fun and is unique to them as artists.

After college, Danny McBride made a short film titled ‘Eddie Noble and the Heroes’ in 1999, and acted in David Gordon Green’s ‘All the Real Girls’ in 2003, but wouldn’t have his big break until 2006. Danny McBride and Jody Hill collaborated with Ben Best to make ‘The Foot Fist Way’, which was met with positive critical and commercial success. After that, the best comedians in the industry were asking McBride to be in their projects, such as Judd Apatow, who cast him in ‘Drillbit Taylor’ and ‘Pineapple Express’ in the years following ‘The Foot Fist Way’.

‘The Lonely Island’ cast McBride in their debut movie, ‘Hot Rod’, which has been praised as one of the best comedies of the 2000s, and a timeless quality comedy that’s only earned more love and respect as times goes on. With the Farrelly brothers casting him in ‘The Heartbreak Kid’ during that period too, McBride had officially become an easy to distinguish, talented voice in comedy to a global audience. This set into motion his career as an artist.

Though Danny McBride has churned out memorable performances, created incredibly hilarious and engaging stories, and successfully done what many in Hollywood try to do, he still does not get as many awards as he deserves. The critical feedbacks to McBride’s shows have been lackadaisical and unjust, and he deserves award recognition for his work. It’s shocking that he doesn’t get more lead roles, especially in comedies, because he’s proven himself to have an unmatched ability to perform hilariously flawed characters in a strong fashion. He has depth and range, and always brings something unique and gritty to his performances. The last decade has been a catalytic time for McBride, and he’s gradually snowballed into developing his own form and voice and knowing how to execute it flawlessly.

Danny McBride has seen impressive commercial and critical success with ‘Eastbound and Down’, which established his ongoing partnership with HBO, but it jumped even higher after ‘Vice Principals’ was nominated for a Primetime Emmy Award for Outstanding Sound Editing. Not long after, he collaborated with longtime friend and creative partner David Gordon Green on a sequel to John Carpenter’s ‘Halloween’ series, and he’s set to be involved with two more sequels as well.

His most recent show, ‘The Righteous Gemstones’ includes some of the biggest stars, including John Goodman, Adam Devine, and frequent co-stars Edi Patterson and Walter Goggins. He’s set to voice act in the star-studded animated film ‘The Mitchells vs. the Machines’ set to release sometime this year. McBride will be starring alongside legendary performers Abbi Jacobson, Maya Rudolph, Eric Andre, and Olivia Colman.

With three hit shows under his belt, fans of McBride’s are optimistic he will continue to grow and do more as he repeatedly proves himself to be a uniquely reliable entertainer. The world has only seen the tip of the iceberg of Danny McBride’s artistry, and he’s showing that he only gets better with age and time. We at Hollywood Insider happen to be enormous fans of Danny’s. We support you, Mr. McBride, we will always root for you.