The Coen Brothers: Masters at Showing America in Characters 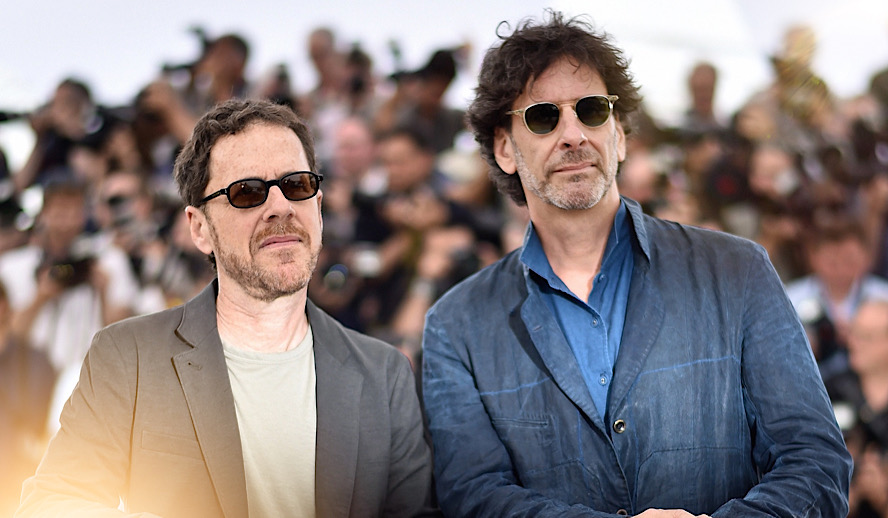 For the past 30 years, the auteurs Joel and Ethan Coen have been the leaders of modern American Cinema. The word “leaders” is not meant to be used as a superlative against other American masters of Cinema in regard to quality. It is merely the only way to express that as devoted tellers of American stories, they outnumber all the rest. None of their films take place outside of the United States, and with each of them, they paint vivid characters that embody some aspect of Americana appropriate to where they are geographically. What’s brilliant about them is that this is not the motivation behind their films, their films are never not universal in their themes or their entertainment value.

Related article: An Ode to Hangout Movies: Irreverent and Important

Related article: A Tribute to Steve Buscemi: An Icon

Joel and Ethan Coen were born and raised in St. Louis Park, Minnesota, Joel in 1954, Ethan in 1957. They made their first film ‘Blood Simple’ in 1984. It was a critical success and they’ve basically been making fantastic films ever since, including the iconic ‘Fargo’ (Best Screenplay and Best Actress winner) and Best Picture winner ‘No Country for Old Men’. They pay tribute to Old Hollywood with films including ‘Hail Caesar’, ‘Barton Fink’, the neo-noir ‘The Man Who Wasn’t There’, and a better than the original remake of the John Wayne classic ‘True Grit’.

They are also gifted comedians with slapsticks like ‘Raising Arizona’, ‘Big Lebowski’, ‘O Brother Where Art Thou’, and deeply felt tragicomedies ‘Inside Llewyn Davis’ and ‘A Serious Man.’

When speaking about their home state of Minnesota, the Coens refer to it as “Siberia with Family Restaurants.” Nowhere is this statement made more prevalent than in their 1996 crime classic ‘Fargo.’ The film’s language is Minnesota-nice. The polite dialect and idiosyncratic demeanor is found in William H. Macy’s Jerry Lundegaard, the car salesman who has his wife kidnapped so can exploit his rich father-in-law’s ransom payment. But at the center of the film is Frances McDormand as Marge, a polite and pregnant police chief on the case.

Marge is no genius, let me rephrase that, she’s no Clarice Starling. She and her stay-at-home husband Norm are patiently waiting for their new addition as she tries to solve the case, pretty much following normal protocol the whole time, never going out of her way or staying up late connecting the dots with strings. In the end, she simply cannot understand the violent nature of the murderer in her back seat, and she’s grateful for that. It’s the lack of dramatics in Marge, her sleepy pace, and the “all in a day’s work” attitude that makes her so Midwestern, a place of no ego and a simple lifestyle.

When thinking about ‘No Country for Old Men’ I was originally going to write about Anton Chigurgh, and how this psychopath who relentlessly shocks with his violence is the perfect example of the mad Western villain whose escape is a wakeup call to the good triumphing over evil fable. Then I thought about who he is shocking, and who the “good” he is triumphing over is: Tommy Lee Jones’ Sheriff Ed Tom Bell.

Bell is the “Old Man” in the title, and by the end of the film with his ideals shattered, and his case unsolved, he feels he must retire. The film is a Western with its landscapes, horseback sheriffs, shoot-outs, and southern accents, but it is also an anti-Western. The wakeup call that Bell has is a wakeup call for anyone who believes in the old times of unlocked doors and triumphant cowboys, not only do they not exist, they never did, evil has always been and always will be.

The Coen’s went back to their suburban Minnesota Jewish-community roots in the tragicomedy ‘A Serious Man’. The story is seen by some as a modern retelling of the Biblical story of Job through a middle-aged college professor, Larry Gopnik, played by Michael Stuhlbarg (the brothers’ father was a University Economist). Gopnik’s story is about not catching a break, ever. His wife decides she wants a divorce (a get to be more specific so that she and her new partner can be married in a temple), he doesn’t get tenure, he is being threatened by one of his students, and in the end, it is clear he is about to face the ultimate challenge of mortality.

It’s tempting to look at the film as a dissection of the American dream, but it is so much more than that by its themes of randomness, religion, and family duty. Still, its 1967 suburban Mid-West setting leads audiences to think about all of these themes in terms of the illusion of the nuclear husband-wife-son-daughter family that was starting to crumble.

The Dude – ‘The Big Lebowski’

… abides. ‘The Big Lebowski’ is definitely the Coen’s most loved and quoted comedy. The cult classic tells a simple story of a Los Angeles stoner, The Dude, played by Jeff Bridges who simply wants to go bowling with his friends and have a nice rug that really ties his living room together Instead, he is caught up in the criminal mixings of a famous millionaire who shares his name. He’s a pacifist and a white Russian drinker. A member of the Vietnam generation, he’s decided to ride out the Gulf War by pretending it doesn’t exist. His laid-back lifestyle is not only a representation of the city he is found in, but of an entire generation who prefers peace but can’t seem to ever get it.

So, he stands as a hero (“I won’t say a hero, ’cause, what’s a hero?”) for the people who are either too lazy or too tired to care anymore, and what better place to do that than Los Angeles, a land that was once the Wild West whose days of conquest have reached their limit. Los Angeles is not the Hollywood found in ‘Hail Caesar’ or ‘Barton Fink’, rather the film takes place in the suburbs where actual Los Angeles residents live. “–Ah look at me. I’m ramblin’ again,” it would be a pity and a shame to try to dissect every piece of this film and attribute it to some greater political agenda, so I’ll stop there.

The Coens knack for telling American stories in American settings is matched by no one else. Looking at the list, and all of their wonderful characters, it is clear they are not at all interested in idealizing America, in fact, they’re a bit pessimistic about it, as they are in telling stories of human folly and using America to do so.