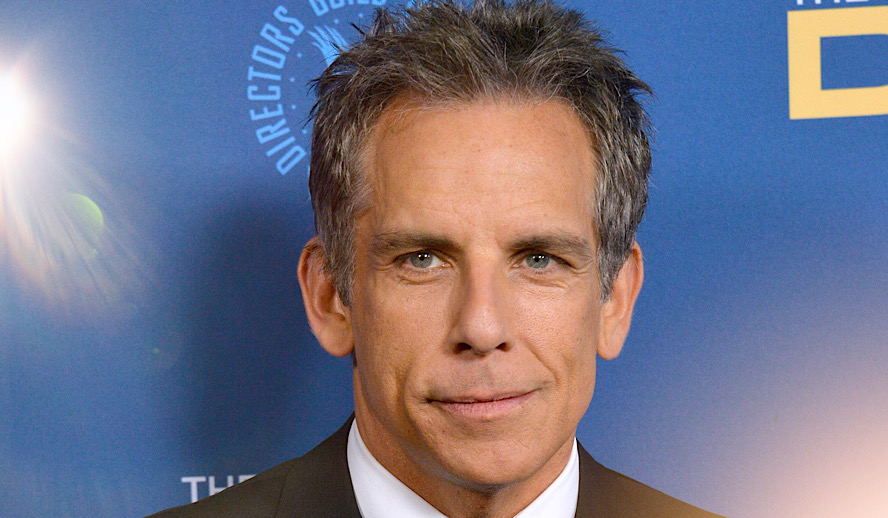 Many times the expression ‘jack of all trades’ is followed with ‘master of none’ but this could not be further from the truth when referring to the legendary actor, writer, comedian, producer, and director, Ben Stiller. He’s been delivering impressive artistic projects for over four decades and is one of the most recognized names and faces in the entertainment industry. The son of iconic comedians Jerry Stiller and Anne Meara, Stiller was around showbusiness his entire life. He and his sister Amy were well-known in the comedy circuit at places like The Improv and ‘The Mike Douglas Show’. He would later enroll as a film student at University of California, Los Angeles, but dropped out after nine months to pursue an acting career in New York, which, as we all know, paid off enormously for him and his hundreds of millions of fans.

Related article: Brad Pitt’s Plan B Entertainment: A Tribute to One of the Biggest Champions of Auteur-Driven Films | ‘Minari’

Related article: The Unique Artistry of Wes Anderson: A Closer Look at an Auteur

Stiller was talented and ambitious at a young age, beginning his acting career as a teenager. His comedic talents became quickly noticeable after he produced and starred in a short parody of Martin Scorcese’s film ‘The Color of Money’ titled ‘The Hustler of Money’, which was aired by Saturday Night Live, which offered him writing and performing position not long after. Not able to effectively channel his unique creativity with SNL, Stiller left to focus on creating his own content. Out of that time period came the star-studded comedy short titled ‘Elvis Stories’ and the parody music video ‘Going Back to Brooklyn’. His resume at this point was impressive enough to pique the interest of MTV, which offered him his own show in 1990. This would lead to two attempts at ‘The Ben Stiller Show’, from MTV and Fox.

The Fox-backed iteration had production talent from stars like Judd Apatow, Bob Odenkirk, Janeane Garofalo, and Andy Dick, and was beloved by audiences and critics, but couldn’t get ratings high enough to meet network standards. The creative talent on ‘The Ben Stiller Show’ did not go unrecognized, and the show won a Primetime Emmy for Outstanding Writing in a Variety or Music Program in 1993. He made his directorial debut with ‘Reality Bites’ in 1994, which was received favorably by audiences and critics. Helen Childress wrote the film, with Winona Ryder, Ethan Hawke, Janeane Garofalo, Steve Zahn, and Ben Stiller himself starring in it. It’s amazing that Stiller managed to do all his creative work for ‘The Ben Stiller Show’ during this time, but would foreshadow the tenacity constantly demonstrated during his career from then to the present day.

Ben Stiller – A Talent In Front of and Behind the Camera

Everyone in the comedy world has loved and still adores Ben Stiller since the beginning of his career. He makes appearances in Adam Sandler’s ‘Happy Gilmore’ as the hilarious nursing orderly, Hal L, with Vince Vaughn in ‘Dodgeball’, a Wes Anderson regular, and a role in Will Ferrell’s ‘Anchorman’. Then there’s the period in his career that most people think of when they hear the name Ben Stiller, with his iconic and memorable characters in the hit comedies ‘There’s Something About Mary’ ‘Meet the Parents’, and ‘Zoolander’. He crystallized as a comedic actor in the 2000s, and dominated the mainstream with box office smashes like the Fockers trilogy, ‘Night at the Museum’, ‘Madagascar’, spawning several sequels and spinoffs, a ‘Starsky & Hutch’ remake, ‘Along Came Polly’, and ‘The Heartbreak Kid’, to say the least.

Stiller was the lead in those films, but he also found time to not only be involved in some other productions but numerous other productions. He rounded out the 2000s by going on to break social barriers and deliver a novel and brilliant piece of meta-satire with the controversial and acclaimed 2008 blockbuster ‘Tropic Thunder’, starring Robert Downey Jr., Jack Black, Jay Baruchel, and Danny McBride. Oscar nominee and acclaimed modern auteur Noah Baumbach showed he was magnetized to Stiller’s talents too by casting him in his 2010 film ‘Greenberg’, then later ‘While We’re Young’ in 2014 and ‘The Meyerowitz Stories’ in 2017. And even when he was starring in several successful and beloved films, he was producing just as many.

Ben Stiller held the 90s and 2000s Comedy departments of entertainment in the palm of his hand; this creative period of Stiller’s life would thrust him into icon status in the entertainment industry, and solidify his place as a reliable artist both critically and commercially. However, the world only saw the tip of the iceberg as far as Stiller’s versatility, with his greatest creative and directorial work yet to come that still continues to astonish the world.

From the 2010s to the present, Ben Stiller’s movie star status in the industry has given him the opportunity to really stretch his range and demonstrate his wide Cinematic talents. An example of one incredible artistic breakthrough of his is ‘Escape at Dannemora’, which earned a Golden Globe win for Patricia Arquette for Best Performance by an Actress in a Limited Series and nomination for Best Limited Series. Another one of Stiller’s original and fresh works of art was his feature film ‘The Secret Life of Walter Mitty’.

Both the series and the movie show patterned thematic and technical trademarks of Stillers, such as characters using mind games and, at times, seemingly benevolent manipulation tactics to get what they want, along with expressive moments of character elation, all exemplified in all his directorial works in several forms. He’s blossomed enormously as a multi-genre filmmaker and actor, with a range that’s unmatched by anyone else in Hollywood’s history. He’s mastered almost all aspects of Cinema, and continues to be a pioneer in the industry.

What Does The Future Hold For Ben Stiller?

Stiller will sit in the director’s chair and team up with Patricia Arquette once again in a series titled ‘Severance’ set to release sometime this year. He’s directing another TV series titled ‘Super Sad True Love Story’, but not many key details are known at this point.  As a producer, he’s developing ‘Dodgeball 2’ and ‘Queenpins’.  We at Hollywood Insider happen to be enormous fans of Ben’s. We will always support you, Mr. Stiller.