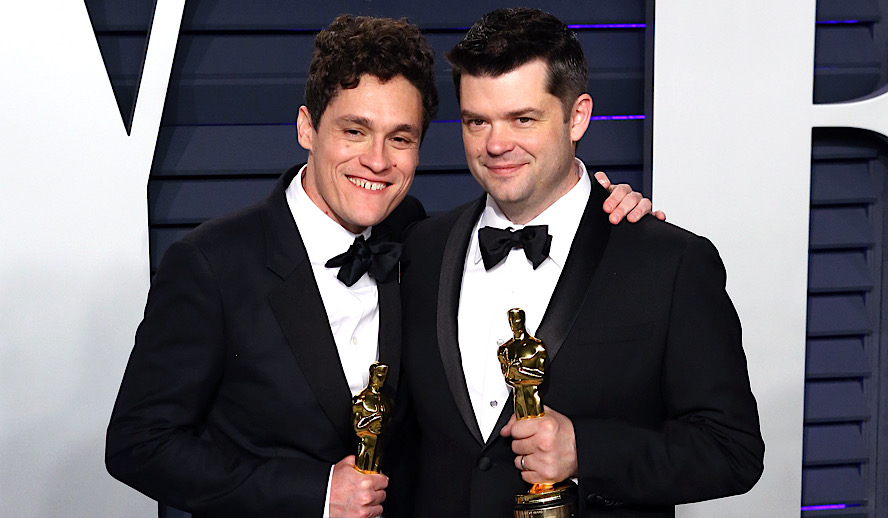 A Little Bit of Everything

Every day, thousands of aspiring filmmakers dream of having the opportunity to write, direct, or produce a film; the idea that one could both achieve and excel in all three roles seems unattainable. The filmmaking duo of Phil Lord and Chris Miller have lived out the wildest dreams of any aspiring filmmaker and continue to write, direct, and produce excellent, subversive films that have changed careers and ushered in pop culture icons.

The two have challenged themselves in the three major behind-the-scenes motion picture roles and have been incredibly successful in all three. Through an examination of the two excellent filmmakers’ careers and the films that have brought them up to prominence, the reasons for their success and deep influences in the modern cinematic landscape will become evident.

After meeting each other at the Ivy League school, Dartmouth, Lord and Miller sharpened their teeth in television working as writers on such programs as ‘How I Met Your Mother’ starring Neil Patrick Harris. The pair’s first cinematic writing credit would come amongst an ensemble of other writers for ‘Extreme Movie’ that starred Michael Cera and Frankie Muniz. The two were then tapped to write and direct the animated adaptation of ‘Cloudy with a Chance of Meatballs’ that starred the voice talents of Bill Hader and Anna Faris.

The film was praised by critics and audiences alike for its use of its source material, its comedy, and its heart. The film would spawn a sequel, ‘Cloudy with a Chance of Meatballs 2’, that Lord and Miller produced and received story credit for. The success of ‘Cloudy with a Chance of Meatballs’ led to the pair getting to resurrect the old Johnny Depp television show, ‘21 Jump Street’ on the big screen.

While the original ‘21 Jump Street’ took a more serious, dramatic approach to the concept of undercover police officers masquerading as high school students with their eyes set on a drug bust, the minds of Phil Lord and Chris Miller decided to switch things up in their first major creative subversion opting to make ‘21 Jump Street’ a comedy. Starring Jonah Hill and Channing Tatum as the two undercover cops, the film is an absolute blast from start to finish that will have you consistently wiping tears from your eyes from its hilarity.

The film’s all-star cast helps to elevate the film as well utilizing the talents of Brie Larson, Rob Riggle, Dave Franco, and Ice Cube. The risky maneuver of the departure from drama to comedy was well rewarded as the film was praised by critics and audiences alike while also performing well enough at the box office to earn a sequel that, some argue, trumped the first film.

‘22 Jump Street’ is most certainly one of the most intelligently made film sequels ever put onto the silver screen. The sequel marked Lord and Miller’s transition into what has become a staple of their films: being very, very meta. In ‘22 Jump Street’, Lord and Miller played off the trope of film sequels just being the first movie with a few tweaks by acknowledging this trend and then subverting it. The characters of the film constantly make references to how they are doing the same things they did in the first film and it works perfectly.

What is done with the characters is so smart, the arcs for Tatum and Hill’s characters are flipped from film to film making it a hilarious change up that feels both familiar and genuine. The film even goes as far as to create tongue-in-cheek moments acknowledging that it is a movie with people funding it such as a chase scene through a very expensive outdoor art installation. Topped off with the hilarious end credits sequence and an excellent addition to the cast in Wyatt Russell, ‘22 Jump Street’ is a film that is emblematic of the tongue-in-cheek style of film that Lord and Miller have become known for and that has influenced other filmmakers.

Lord and Miller’s next big hit came in the form of ‘The Lego Movie’ that starred the voice talents of Chris Pratt, Elizabeth Banks, and Will Ferrell. ‘The Lego Movie’ faced a lot of scrutinies prior to release, many be wary of the film just being an empty, cash-grab. Luckily, ‘The Lego Movie’ is a film that is filled with heart-pairing joyous moments with tugs on your heartstrings, not so unlike a Pixar film. The animation in the film was and still is incredibly impressive making each character, prop, and set-piece all look as if they were constructed with real, plastic Legos.

The film continues the streak of self-aware films incorporating many Lego properties and other Warner Brothers I.P. such as ‘Harry Potter’ and ‘The Justice League’. The film’s ending twist is one that will always stick in my memory as exceptionally clever and heartwarming and one that I will not spoil here if you have not seen the film. After a warm critical and box-office reception, the film went on to begin a franchise that led to three sequels, ‘The Lego Batman Movie’, ‘The Lego Ninjago Movie’, and ‘The Lego Movie 2: The Second Part’.

‘Spider-Man: Into The Spider-Verse’

While not directed by the duo, written by Phil Lord and produced by both Lord and Miller, Sony’s animated ‘Spider-Man’ film, ‘Spider-Man: Into the Spiderverse’ lept onto screens and into the hearts of fans of the web-slinger in 2018. The film clearly has the fingerprints of Lord and Miller with innovative animation, self-aware humor, and incredible heart. The respect for the source material in this film is truly remarkable and helps the film embrace the role of perhaps the best ‘Spider-Man’ film ever produced.

The film deals with many characters and versions of the web-slinger but never loses sight of what makes audiences fall in love with ‘Spider-Man’. In classic Lord and Miller fashion, the film takes common tropes such as an origin story and twists it to feel fresh and innovative all the while acknowledging that is exactly what they are doing — while not directed by the duo, this is a film where it begins to become clear how influential Lord and Miller’s style of storytelling has become. With excellent voice performances from Shameik Moore, Jake Johnson, and Hailee Steinfeld, the film crushed both critically and financially and is set to receive a sequel releasing in 2022.

Undoubtedly, Phil Lord and Chris Miller have crafted an incredibly impressive career for themselves ranging from success in adult comedies to films aimed at children. From rebooting dead in the water properties to making a film with one of Cinema’s most popular superheroes, Lord and Miller find a way to bring their unique meta style and innovative twists to each of their films. Most recently, Lord and Miller produced two animated films that have been released on Netflix, ‘The Mitchell’s vs. the Machines’ and ‘America: The Motion Picture’ both of which have clear indications of the duo’s influence. It is quite hard to have a successful career in the film industry, and even harder to create a style that permeates Hollywood circles and influences other filmmakers. While others try to replicate Lord and Miller’s style, none have been as successful as the original pair. While already deep into their careers, a hunch tells me the two are just getting started.

What’s Next For Phil Lord and Chris Miller

Be on the lookout for Lord and Miller’s next production where they are acting as writers and producers, ‘Spider-Man: Into The Spider-Verse 2’ slated for release in 2022.