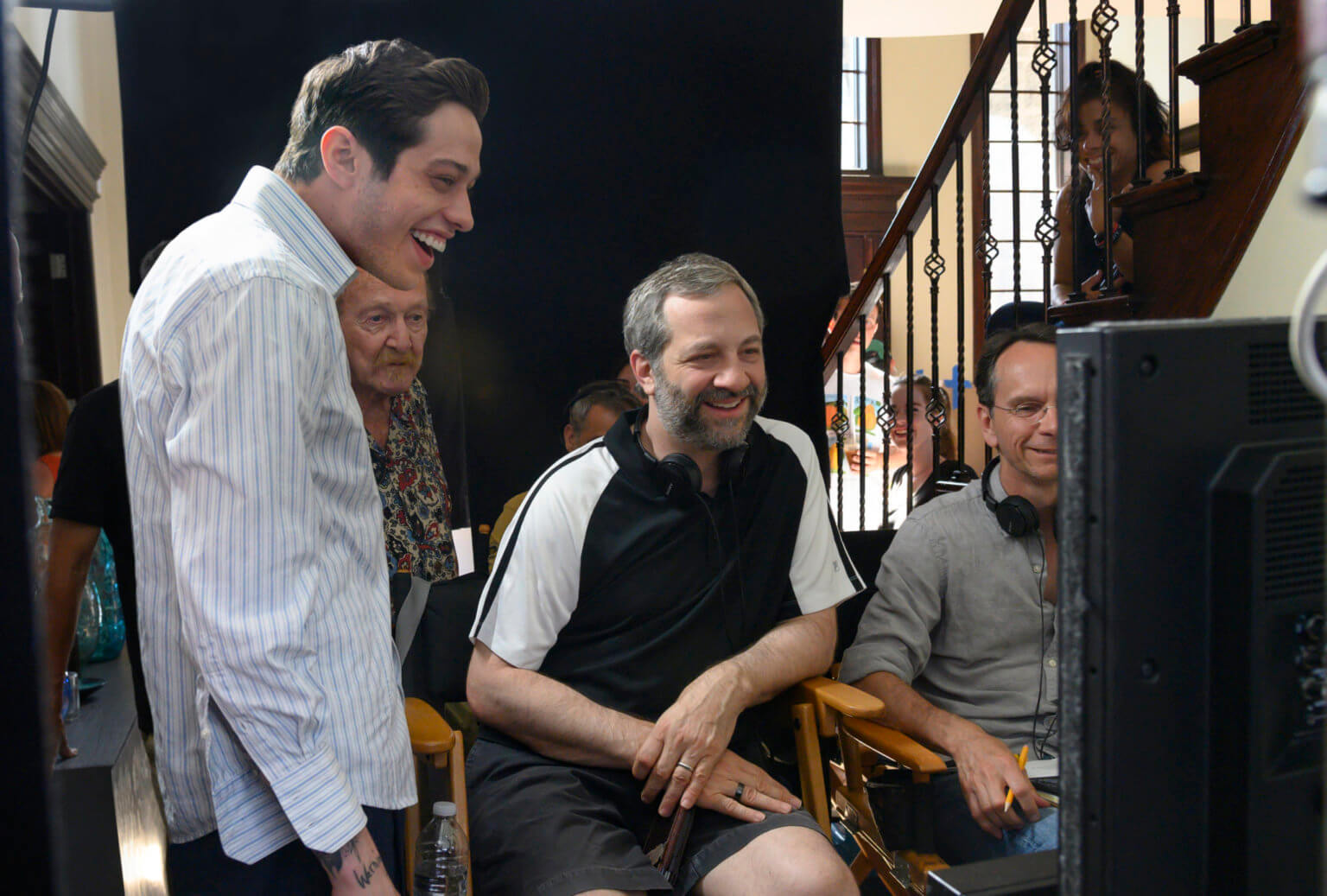 It’s hard to think of a comedy movie produced in the 21st century that Judd Apatow wasn’t involved with. He’s like the Mel Brooks of our time if Mel Brooks’ cinematic style involved white trash people getting drunk at noon. Apatow has produced 70 different movies and TV shows and had a hand in writing 45. He has won multiple Emmys for his work on TV and dare I say if the Academy wasn’t allergic to comedy, he’d have at least a few Oscars under his belt. Judd Apatow has brought to life incredibly memorable and unique characters and has put them in the most insane situations for the amusement of the viewer. But which Apatow movies should you rent from Amazon to pair with your “medical” weed and cognac? I present la crème de la crème, the top five Apatow movies you should check out right now.

This is the perfect movie to watch if you need proof there’s a light at the end of the seemingly endless void of a break-up.  Peter takes a Hawaiian vacation to forget about his break up with Sarah Marshall, only to discover that Sarah is staying at the same hotel with her new lover, sexy and rich a$$ Aldous. Jason Siegel plays the grieving break-upee to perfection and his chemistry with Mila Kunis is phenomenal. Did I mention the movie’s hilarious? Be it the Dracula themed puppet musical or the adjacent hotel room sex competition, this movie will keep you laughing from start to finish.

If you need a movie that will make you feel better about being a drunk who gets up no earlier than noon every day, this one is for you. Amy doesn’t quite have her life put together, she has one night stands as frequently as she drinks Forties, which is a lot. This is until she meets a guy who’s a doctor during an interview for a men’s magazine Amy works at. Amy Schumer and Bill Hader are a match made in comedy heaven. It’s always risky to pair a stand-up comedian with a comedy actor but the two of them have fantastic chemistry. But that’s not to say the movie glazes over emotions especially in an intense scene in which Amy confronts her sister Kim over not caring about their dad at his funeral.  This makes for a fun and unique movie with a lot of heart and a whole lot of laughs.

Ladies, grab your girlfriends and prepare for the ultimate Girls Night in to watch this movie. Annie is in a weird place in her life when she’s invited to be the Maid of Honor at bestie Lillian’s wedding. But things go awry when she competes with fellow bridesmaid Helen over who is Lillian’s true best friend. If you want a movie that somehow both proves that b*&ches be crazy and yet affirms the beauty and necessity of female friendship, this is the movie for you. This movie is gut-busting funny and will make you hug your girlfriends a little tighter. Kristen Wiig shines as Anne and the supporting cast is just as epic. If this movie isn’t a modern classic I don’t know what is.

Fans of absurdist comedy and impressive mustaches will go nuts for this one. Ron Burgundy is the head anchor at a news station in San Diego but when Veronica is hired to be part of the close-knit news team, a rivalry ensues. To describe the ensemble cast of this movie, utterly amazing would be an understatement. Comedy titan Will Ferrell takes centerstage while future all-star Steve Carell and sitcom legend Christina Applegate are great supporting players. Given their hilarious dialogue and mounds of chemistry, this cast kills. This is one of those movies that will keep you laughing out loud through every scene. Not to mention, this movie has one of the greatest comebacks of all time which everyone should use in every argument: “you are a smelly pirate hooker.”

Ah, to be middle-aged and in love. Andy is discovered by his coworkers to be a virgin at the ripe old age of 40. But don’t worry middle-aged virgins, there’s hope for you yet. This movie features an incredibly touching love story that will melt the hearts of even those who take copies of Pride and Prejudice and Jane Eyre and… Twilight (are we counting that as a modern classic romance novel) to book burnings. It’s touching and yet reaches levels of comedy you thought could never be reached. When Andy gets his chest waxed and shouts the first obscenities that come to his mind, you best have a gastrointestinal doctor on stand-by because you will bust a gut.