A Tribute to Jim Carrey: The Master Performer On A League of His Own 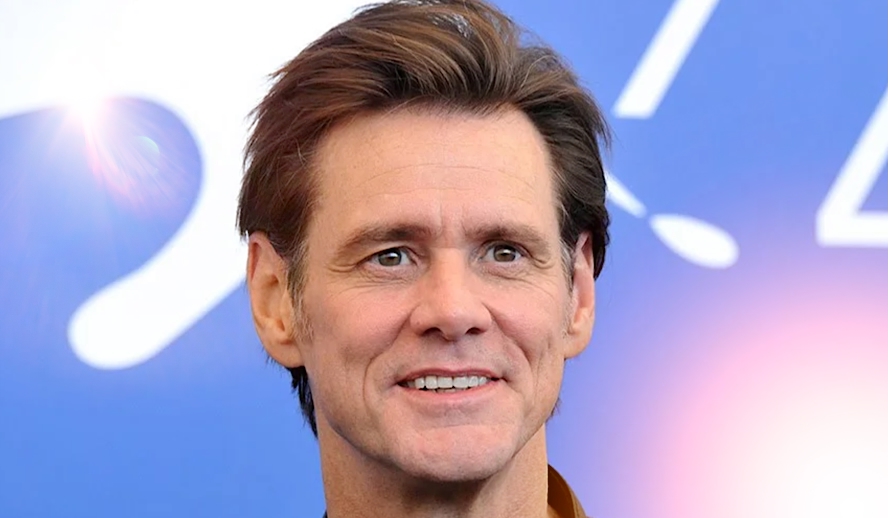 Jim Carrey’s Rise to Fame in Ontario and Hollywood

Jim Carrey grew up in Ontario, Canada, where he discovered his love for impressions and comedy at a young age. After a tough upbringing, in which he dropped out of school and worked at the Titan Wheels Factory as a teenager to help support his struggling family, Carrey decided to try his luck in the Toronto comedy scene. He began in stand-up, clamoring for open mic nights where he could showcase his impressive impression skills, and slowly graduating to more regular gigs as he gained popularity.

As his audience grew, so did his career prospects. In a 2007 interview with the Hamilton Spectator, Carrey famously noted that “if [his] career in show business hadn’t panned out, [he] would probably still be working… at the steel mill,’ which as a kid was where he thought all “the great jobs were.”

Over the years, Carrey auditioned for ‘Saturday Night Live’ a total of three times, but to no avail (though he ended up hosting the show in 1996, 2011, and 2014). He eventually made the move to Hollywood, CA to pursue his acting career, doing stand-up shows at many comedy clubs before earning a regular spot on the comedy television series ‘In Living Color’, which he performed on from 1990 to 1994. After acting in many small film roles, Carrey was finally awarded his breakout film performance in ‘Ace Ventura: Pet Detective,’ which was a box office success and led to several sequels and spin-offs. From then on, a domino reaction of successful film roles followed, cementing Carrey as the new young, comedic genius of Hollywood.

Carrey was in fact first known for his impressions – of which his most popular included Elvis Presley, Jack Nicholson, Clint Eastwood, E.T. the Extra-Terrestrial, Kermit the Frog, and Miss Piggy. In his early career, Carrey’s stand-up shows firmly relied on their novelty – with people coming solely to hear these impressions. However, as time went on, he tried to transcend that image and develop his own unique comedic persona. This wasn’t received well at first, with audiences upset when they didn’t get to see his famed impressions – but of course, Carrey eventually outgrew the image.

Nowadays, everyone loves Jim Carrey for his distinct, high-energy comedic persona – characterized by zany, exaggerated expressions, physical comedy, and an unmatched intensity in both mind and body. This comedic range can partly be attributed to that talent for impressions too, which shows itself in Carrey’s comedic voice acting and style. This absurdist, exaggerated humor was amplified more and more each time Carrey took on a new role, upping the mania and reinforcing his unique appeal.

Because Jim Carrey has such a strong comedic persona, it also intertwines itself into each film role he takes on in a much deeper way than most comedians. I mean, can you really imagine someone else playing the Mask – or doing Ace Ventura’s iconic “Alllriiighttyy then?!” These traits and abilities are all completely unique to Carrey. In fact, the amount of personal improvisation he brings to each of his films arguably makes him irreplaceable.

That being said, Carrey has proved himself as a multifaceted actor capable of dramatic performances as well. He gained critical acclaim in his performances in ‘The Truman Show,’ ‘Eternal Sunshine of the Spotless Mind’, and ‘Man on the Moon’ – three performances that lend themselves more to independent film and dramatic sensibilities. All three films garnered Oscar buzz for the star but ultimately failed in securing him any nominations. Regardless, Carrey still has an illustrious career, having been nominated for seven Golden Globes and one BAFTA award – with most recently a Critics Choice Association award winner for his work in ‘Sonic the Hedgehog.’

If you’re looking to do a deep dive into Carrey’s career, look no further than the year 1994 – where he had his initial breakout performances. In ‘Ace Ventura: Pet Detective,’ Carrey plays the incompetent, but passionate Ace Ventura, whose only mission is to look out for the animals in the Greater Miami area. The film’s humor is ridiculous and absurd (and admittedly, outdated for our time), but endearing for its wide cast of animal actors. ‘The Mask’ and ‘Dumb and Dumber,’ also released in 1994, continued Carrey’s “big break” streak, thriving at the box offices and securing his identity as one of Hollywood’s young, up-and-coming stars.

In the 2000s, Jim Carrey was no longer a new face, but a comedy staple valued for his unique persona and talents. Some highlights from this era include the box office success ‘Bruce Almighty,’ where his character gets to be God for one week, and ‘Yes Man,’ where his character decides to say “yes” to every opportunity given to him as a motivational strategy. Carrey also played many tried-and-true characters from celebrated works, such as Count Olaf in ‘Lemony Snicket’s A Series of Unfortunate Events,’ Ebenezer Scrooge in ‘A Christmas Carol,’ and the Grinch in ‘How the Grinch Stole Christmas’. And of course, if you’re looking to watch his more dramatic, critically acclaimed performances, ‘Eternal Sunshine of the Spotless Mind’ and ‘The Truman Show’ are great showcases of that talent.

In 2018, Jim Carrey made his comeback in ‘Sonic the Hedgehog,’ where he played the acclaimed video game antagonist of the series, Dr. Robotnik. The performance was a dazzling display of the classic Carrey charm and was praised by audiences and critics alike. To many – including Adam Sandler, who reportedly called him from the movie theater to sing his praises – this was Carrey’s best performance in years. His performance also likely ensured the success of a film that initially caused worry for Sonic Fans, due to its unlikable animation style (which was redesigned due to protests). Ultimately, ‘Sonic The Hedgehog’ was the third highest-grossing US film of 2020.

Most recently, Carrey starred as now-President Joe Biden in the weeks preceding the Presidential Election for ‘Saturday Night Live.’ Along with Maya Rudolph as Kamala Harris and Alec Baldwin as Donald Trump, Carrey helped bring ease and joy to audiences ripe with anxiety about the election. His only upcoming role so far is a reprisal of Dr. Robotnik in ‘Sonic the Hedgehog 2.’

Truth be told, there will never be another actor quite like Jim Carrey, whose comedy sensibilities are vastly unparalleled. But though his talents seem effortless, it’s important to remember that only through the result of consistent, hard work has he gotten to where he is today – something that should be admired by all. When asked for what advice he would give others in their career, he said, “Forget the pain, mock the pain, reduce it, and laugh.”