‘Songbird’: KJ Apa and the Pandemic Take Center Stage in this Quarantine Film 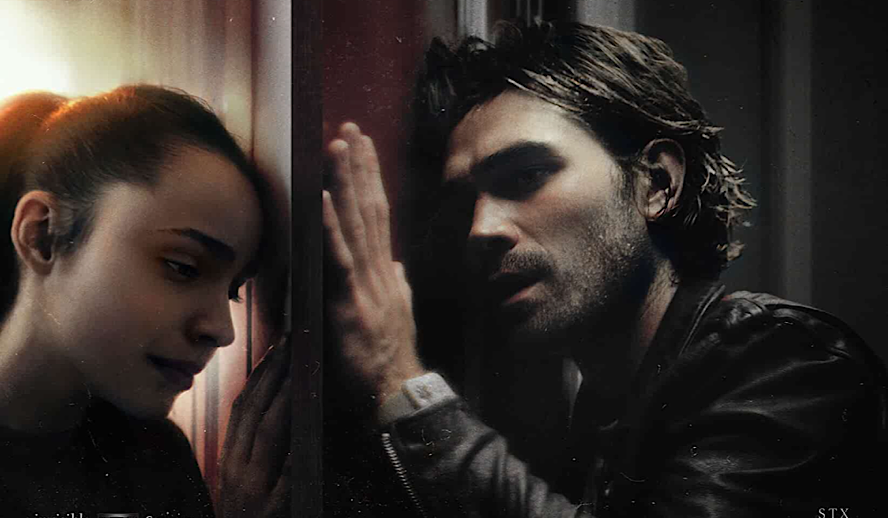 It goes without saying that 2020 has been a rough year for everyone, but it has been an especially grueling year for lovers of film. When the cases of infections of the coronavirus pandemic ravaged the globe, one of the first familiar institutions that were forced to retire in an attempt to stop the spread of the virus was movie theatres. Shortly after, the entire film industry itself went silent as production companies and studios were unable to continue creating movies in environments that would not contribute to the spread of COVID-19.

Their necessary but crushing actions culminated in a bleak year for film consumption, as the 2020s most anticipated films, such as No Time to Die and Marvel’s Black Widow,  were pushed back to “to be announced” dates, all pending on when studios believe audiences will feel safe enough to return to theaters. This dilemma was even further complicated with Warner Bros. Studios’ controversial decision to release all of their 2021 films on their partner streaming service, HBO Max the same day the film will release theatrically, rousing condemnation from distinguished directors as well as casting doubt on the viability of the movie theater industry beyond 2020.

Amid all of these unprecedented crises facing the entertainment industry, and the entire world as well, many filmmakers and studios were overwhelmed and perplexed. The pandemic froze the planet to a standstill, depleting producers’ options to create new stories in a time when audiences needed it the most. Against all odds one film found the resources and energy to produce a film in the middle of an unforgiving pandemic, providing hope for the months to come. The trailer for the cleverly-created ‘Songbird’ was released this past October, and viewers were stunned to discover that not only was this film written and filmed within the age of COVID-19, but it also reflected a warped sci-fi reality millions face today under the oppression of a deadly pandemic.

The Release of ‘Songbird’ Achieves the Impossible

There is an overwhelming wealth of good reasons as to why studios have decided to shut down production during the months the world has been ravaged by the coronavirus pandemic, primarily as to prevent further spread. They are all noble causes to retire from filmmaking for the time being; however, these strict confinements only increase the impressiveness of Songbird’s creation. The Los Angeles Times spoke with the sci-fi thriller film’s director, Adam Mason, and discussed how Mason and his team were able to produce a film during the pandemic. “There was none of the usual circus that comes along with a production,” Mason shared. “Most of the time, there were only four people on the set, all of whom had tested negative, and apart from the actor who was being filmed everyone would be wearing PPE. It was almost like being in surgery or something. I told my wife I felt safer on set than I ever do going to the supermarket.” The pioneering spirit of Mason and the entire Songbird crew culminate in one of the most ambitious and exceptional filmmaking experiences in recent history.

Alongside Mason stood an intimidatingly eminent cast that evoked the classic Hollywood morale when audiences needed it most. Songbird is led by YA sensation, Riverdale’s K.J. Apa, and Disney Channel starlet, Sofia Carson, of The Descendants as the film’s central love story. In supporting roles Mason was able to assemble esteemed stars such as The West Wing’s Bradley Whitford, The Office’s Craig Robinson, Percy Jackson & the Olympians’ Alexandria Daddario, and Hollywood legend Demi Moore. To amass a cast as unblemished as Songbird’s would be a trying task for any film, however, the rigorously COVID guidelines that this film’s set underwent while compiling a major cast of A-list stars makes the crew that much more remarkable.

In addition to excelling in terms of talent to tell the post-apocalyptic story against the odds of a harshly restrictive virus, Songbird outdoes itself in its spectacular special effects. It is difficult enough to fight tooth and nail just to film a scene while adhering to COVID-19 health and safety protocol, but to implement intricate special effects as well once again proves the bold filmmaking underwent in the production of Songbird. Taking place in the not too distant future of 2023, a great deal of world-building is executed in the special effects, ranging from thrilling action sequences to computer-generated illustrations of barren wastelands decaying in the aftermath of a ruthless pandemic.

While the technical obstacles of creating a film during a pandemic are arduous enough, overcoming those roadblocks was not the most audacious feat of Mason’s Songbird. Arguably, the challenge of coming up with a story about the potentially horrific result of COVID-19’s effect on the world while the world was still grappling with the shock and suffering of that very pandemic in real-time is a task much more daunting. One main reason why this posed a challenge to Mason was audience backlash to Songbird taking on the story of the virus in a time when many are still being affected and sensitive to the material. When the trailer for the sci-fi, thriller film dropped in October, Mason admitted that he was surprised by the controversy it incited.

The trailer garnered criticism for exploiting the agony millions have faced across the world as the coronavirus continues to take the lives of hundreds of thousands. Although Mason understood the general public’s qualms with Songbird, he knew that once audiences saw the full film they would leave with nothing but hope for the future. Mason explained, “This is by far the sweetest and most good-natured film I’ve made. I spent my 30s trying to be controversial, and I feel like I kind of achieved it accidentally with this film. I fed my own fears and hopes for humanity into ‘Songbird.’ So whilst [the negative reaction] is something I completely understand, I think the film speaks for itself in terms of being a very hopeful and positive piece of work.”

When experiencing Songbird, it quickly becomes striking how innovative and imaginative of a world Mason curated; an original sci-fi, Hunger Games-esque universe all based on the reality of 2020. Striking both fear and curiosity, both feelings everyone has become all too familiar with over the months of quarantine, Songbird invites audiences to explore the exhilarating possibility of a dystopian 2023. Some examples of Mason’s creative adaptation of real life into the film include the dreadful “Q Zone”, an ill-fated location where infected inhabitants of Songbird’s world end up and rarely return from. The “Q Zone”, an effective reworking of modern life quarantining, exhibits Mason’s ability to convey the real-world hardship of dealing with a pandemic and transform it into a powerful, thrilling story device.

The heart of Songbird is found in the several unique and compelling relationships, all depicting various ways in which humans have sought comfort in distressing times. From lovers maintaining a heartbreaking distance in hopes to protect one another from the virus to a marriage on the brink of collapse due to the new and nerve-racking environment enveloping them, Mason expertly highlights the universal yet extremely personal reality of relationships undergoing trauma. Songbird finds the heart of humanity during the COVID-19 pandemic and promises that is what will save us all, even if the world is on fire.