‘I Am All Girls’: A Conventional Thriller With An Important Message 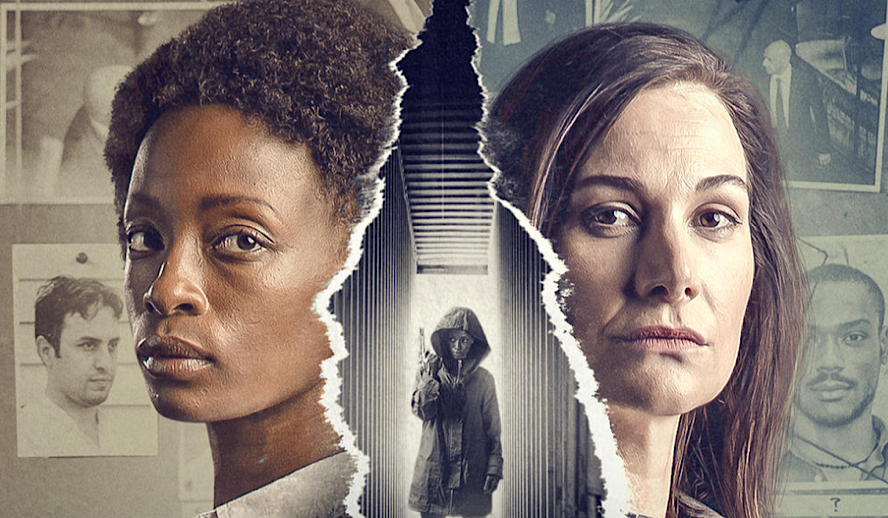 Photo: ‘I Am All Girls’/Netflix

A Film With Something To Say

From South African director Donovan Marsh comes Netflix’s newest crime-thriller, ‘I Am All Girls’ Loosely inspired by a true event, the film follows special crimes investigator Jodie Synman as she and her partner, Ntombi, investigate a serial killer who may be connected to a global child sex trafficking ring. South African filmmakers have been underappreciated the past decade with global hits like ‘District 9’, starring Sharlto Copley, being produced by South-African filmmakers such as director Neill Blomkamp. Even some South African produced films that have struggled, such as ‘Chappie’ starring Dev Patel, Sigourney Weaver, and Hugh Jackman, still have introduced unique and innovative elements into their films.

‘I Am All Girls’ excels in a lot of ways yet falters in others — while being technically innovative and proficient as well as tackling important, relevant subject matter the film does struggle to differentiate itself from thrillers that came before it when it comes to its plot, often falling prey to the tropes and expectations of the genre.

‘I Am All Girls’ – What Worked

The film’s greatest strength is its lead characters — the two main female leads Jodie and Ntombi, portrayed by Erica Wessels and Hlubi Mboya respectively, are what carry the film. The two characters are very well realized and examined in the film and both are given an integral role in the story. Erica Wessels as Jodie, our lead detective, is really quite captivating — her character reminded me of a mix between the endearing, idealistic Jodie Foster opposite Anthony Hopkins in ‘The Silence of the Lambs’ and Matthew McConaughey’s rule-bending detective in HBO’s ‘True Detective’ starring alongside Woody Harrelson.

Wessels shines in the role, physically committing to both the action sequences and the scenes of high emotional impact. Wessel’s character is one that I found intriguing as she doesn’t go through a traditional arc, rather just becomes more of who she was which I found to be an interesting take. Mboya is equally as compelling as a character and offers the most complicated and nuanced character in the film. This dynamic duo works well together and separately to create easily the most engaging part of the film.

Technically the film excels — the cinematography is a particularly impressive element. There are many overhead drone shots that pan over the landscape that are very visually interesting. This technique is utilized as both establishing shots and within the action. This versatility in the use of the drone shots I found to be extremely innovative and exciting to watch. There are some very interesting lighting effects used that help accentuate the shots well. The film is tonally very consistent and I found myself drawing mental comparisons to David Fincher’s ‘Seven’ that starred Brad Pitt and Morgan Freeman.

The film opens with a very gripping and disturbing sequence and keeps that momentum through the first act. The most important credit I will give to the film is the tackling of its subject matter. While it is of debate of how tactfully the film handles the topic of the human trafficking of women, the film’s intent to spread awareness of the sheer magnitude of human trafficking of women and children is certainly commendable and poignant. Despite the film’s flaws, the film makes an attempt to shine a light on an important issue that deserves our attention and that I appreciated.

While the film’s messaging and thematics deserve praise, one can’t help but wish in the film’s execution they felt fresher. ‘I Am All Girls’ has trouble truly separating and differentiating itself in the crowded genre of thrillers. While the message and intent surely feel unique, the plot of the film plays out fairly conventionally. I found myself praising the film and giving its tropes a pass because I was intrigued by the film conceptually, but at some point, the film still has the job of being a well-written story and at times it fell short in that aspect.

Entering the second act the film feels like it slows the momentum it had in the first act and never quite regains its footing through the end of the film. There are a few character decisions that felt a little out of place and frustrated me as a viewer. Tightening up these decisions and giving more context as to why they did the things they did could have aided in the overall flow of these particular scenes.

There is also a particular pseudo-reveal that was so telegraphed I questioned whether it was intended as a true reveal or not. As someone who did not watch the trailers for the film and went in blind, it is certainly possible this was divulged to audiences prior to seeing the film. With that being said, I still feel like the reveal could have been more impactful and effective if built up more. While not a backbreaking issue in the film, it still was an aspect that I felt could have been improved and left me feeling unfulfilled.

A quick sequence in particular that also left me scratching my head was a car crash that’s editing felt very on-the-nose and out of place with the overall seamlessly edited film. The last critique of the film that stood out to me was how the title of the film plays into the plot. I cannot go into details without entering spoiler territory, however, the way the title of the film plays into the plot felt very shoehorned and not nearly subtle enough to work with the delicate thematics the film shot for. While the best of intentions were there, that aspect of the film did not land as much as the filmmaker had intended.

While not the most original thriller audiences will have seen, ‘I Am All Girls’ rides the highs of its lead characters and performances as well as its intense subject matter. With great cinematography and lighting, the film is visually interesting throughout. ‘I Am All Girls’ is an extremely watchable thriller that has something to say; at the price of a Netflix subscription, I would give it a watch to hear it out. With that being said, be sure to temper expectations on hoping to experience something you have never seen before.

Stream ‘I Am All Girls’ today on Netflix. If you enjoyed the film, be sure to check out some of director Donovan Marsh’s previous work such as ‘Hunter Killer’ that starred Gary Oldman and Gerard Butler streaming now on Peacock.