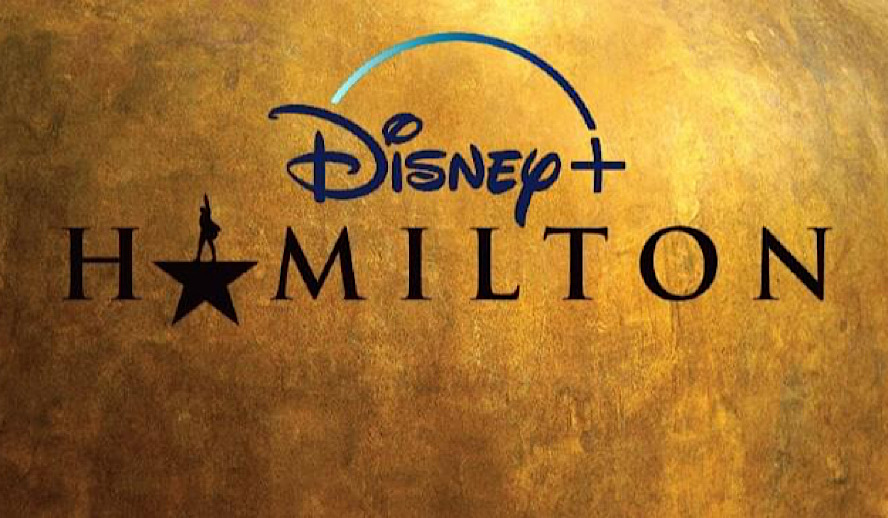 Hamilton is here despite the coronavirus pandemic continuing to cause delays in the production and release of films and television shows. Many films that were in theatres early in the pandemic were quickly pushed to streaming services, while films slated for release later in the event were delayed until theatres can reopen. All aspects of pre-production and production, including filming and editing, have been put on hold.

Along with films and television shows, theatrical productions such as the 2019-2020 Broadway season have also been put on indefinite hold. There is a possibility of theatres reopening in Fall 2020, but most shows have been delayed until 2021. For big fans of theatre, this is a very upsetting time, as it is very difficult to recreate the theatre experience at home.

With almost all elements of entertainment delayed indefinitely, there has been a severe lack of new content being released. Coupled with the fact that most people are still under quarantine, being forced to either work from home or forego employment, this event has led to a severe lack of fresh entertainment. Fortunately, theatre fans have an exciting new release on Disney+ today. Lin-Manuel Miranda’s Hamilton, the critically-acclaimed musical based on the life of American founding father Alexander Hamilton, has been released on the streaming platform today, a year earlier than its planned theatrical release.

This updated release is a very big move, as the recorded production was originally scheduled to hit theatres on October 15th, 2021. While the coronavirus pandemic is expected to have subsided by that time, the early release of Hamilton may be intended to clear Disney’s very busy schedule. As release dates have shifted to accommodate theatre closures, the House of Mouse’s various scheduled premieres have been rearranged.

The drastic rescheduling of Hamilton may also be an attempt to capitalize on the fact that theatre fans are at home and hungry to enjoy a stage production. The release of the play on the day before America’s Independence Day is likely no accident, either, given the show’s connection to America’s early years of independence. Hamilton is now gracing homes all across the USA a day before the fourth of July.

Hamilton tells the story of Alexander Hamilton, an orphan from the island of Nevis who immigrated to America in 1776. Engaging in politics and befriending powerful figures such as Aaron Burr and Marquis de Lafayette, Hamilton goes on to play an essential role in the American Revolution and the early years of the United States. Hamilton’s life as a politician and family man becomes increasingly complicated, as does his friendship and rivalry with fellow revolutionary Aaron Burr. These major events in Hamilton’s life are showcased through the use of music, with songs heavily inspired by modern-day hip hop, R&B and soul.

Hamilton, which is entirely written by Lin-Manuel Miranda, received wild critical acclaim when it first hit Broadway’s Richard Rodgers Theatre in 2015. The show achieved massive box-office ticket sale numbers for several years, and it won multiple Tony Awards for its excellent music, lyrics and production. Since hitting Broadway the show has spread to CIBC Theatre in Chicago, Victoria Palace Theatre in London, and it also went on a North American tour.

Unfortunately, Hamilton was one of many shows that were delayed due to the coronavirus pandemic. Originally scheduled to run in Minneapolis from October 6th to November 22nd of this year, the show was postponed to now run from July 28th to August 29th, 2021.

Disney reportedly spent $75 million for the right to distribute the filmed version of Hamilton. The show on Disney+ is not a film adaptation of the play, but is instead a professionally-filmed video of the actual Broadway show. This “pro-shot” film of the show was reportedly filmed in 2016, and so it will feature the original award-winning cast from when the show was still at the Richard Rodgers Theatre. Notable performers include Lin-Manuel Miranda as Alexander Hamilton, Phillipa Soo as Eliza Hamilton, and Leslie Odom Jr. as Aaron Burr.

While the opportunity to watch a professionally-filmed stage production of Hamilton via streaming service may sound amazing to some, others may be more skeptical. There have been worries that Disney may censor parts of Hamilton’s lyrics or book in order to make the show more appropriate for all audiences.

Related article: Did you see the hidden messages in ‘Call Me By Your Name’? Find out behind the scenes facts in the full commentary and In-depth analysis of the cinematic masterpiece – LGBTQ Films

Disney has made edits to many of the films available on Disney+ in order to censor content that may be considered inappropriate. Films and shows ranging from Toy Story 2 to Hannah Montana have experienced changes, some minor and some major, which some may see as dishonest. Since the show is releasing today, perhaps old-time fans of Hamilton might be the best judge for that.

Hamilton is perhaps the most popular modern Broadway musical, and it has received immense success. Disney’s acquisition of the show for Disney+ is a smart move for the entertainment juggernaut, and the show’s early release comes as a welcome surprise. Seeing the response on social media, theatre fans are quite pleased Hamilton has arrived early on Disney+. A Christmas miracle? More like a Broadway miracle.