Daniel Kaluuya: A Look at the Talented Actor’s Best Roles and Upcoming Projects 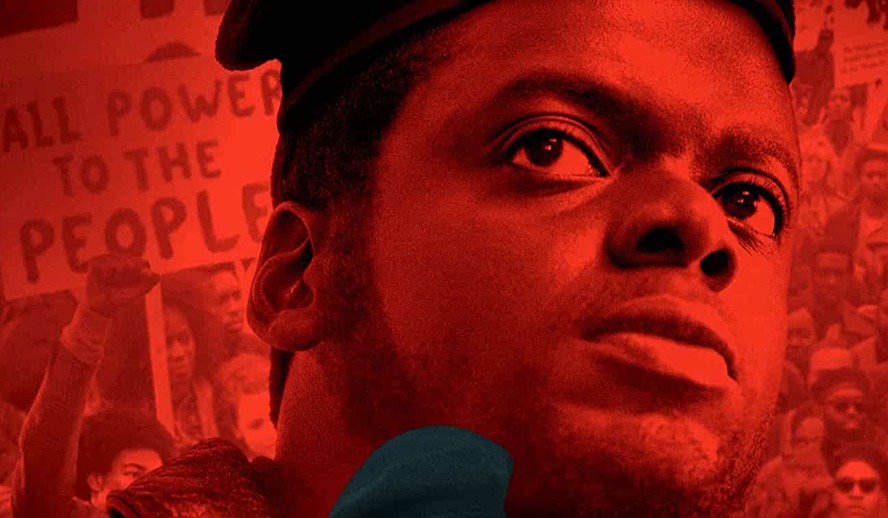 Every actor’s journey is different. Some start in the industry at a very early age, while others begin their careers late in life. Actors can start off on television, in theatre, or right on the big screen. However, very few are lucky, skilled, or tenacious enough to become recognizable Hollywood stars.

The on-screen journey of actor Daniel Kaluuya is not particularly lengthy, but an origin in stage productions and television has led him to extreme success. His long and varied path through the entertainment industry has instead taken place on the small screen, the big screen, and even the Broadway stage. With this wealth of experience, Kaluuya has made a name for himself as an intensely passionate and professional actor.

In honor of Kaluuya’s contribution to both film and social justice, let’s take a look at his most impactful on-screen roles:

Daniel Kaluuya reportedly wrote his first play at the age of nine, and this passion led to a successful career as a stage actor. As a child he acted with the Anna Scher Theatre School and WAC Arts, developing his skills from a young age. Kaluuya made a successful transition from stage to screen with his role on Skins, a British teen comedy/drama, which lasted for the show’s first two seasons. Kaluuya appeared on the show as Posh Kenneth, a supporting character who nonetheless became a fan-favorite due to his enthusiastic energy and comedic nature. Kaluuya also served as a writer for the show’s first two seasons, which is quite impressive considering this was only the beginning of his Hollywood career.

Charlie Brooker’s sci-fi anthology series, Black Mirror, has featured a plethora of extremely skilled young actors. Due to the fact that each episode focuses on an entirely different cast of characters, many different actors are given the opportunity to show up throughout the series. However, one performance that definitely stands out among the rest is Daniel Kaluuya’s performance as Bing Madsen in the season one episode “Fifteen Million Merits.”

“Fifteen Million Merits” is set in a dystopian future society where people earn “merits,” a form of currency, by pedaling a bicycle every day. Daniel Kaluuya’s character Bing meets a talented young singer named Abi, played by Jessica Brown Findlay, who has a chance to win a talent competition and earn a life of luxury. What follows is a cynical examination of peer pressure, classism, and technology’s intrusive influence on modern society.

Daniel Kaluuya’s emotional and relatable performance as Bing adds a lot of humanity to this sci-fi premise. His relationship with Abi is the core of the episode, and the dark places that these characters wind up are perfectly reflected in Kaluuya’s increasingly intense acting. The show’s message is sadly close to reality, and it forces viewers to confront their own thoughts on modern society.

After a successful career on television, and a supporting role in 2013’s Kick-Ass 2, Kaluuya found a big Hollywood role in Denis Villeneuve’s 2015 thriller Sicario. The film, whose title is Spanish for “hitman,” centers around a conflict between Mexican drug cartels and the CIA, as the CIA fights to stop the cartels by any means necessary. Kaluuya stars as Reggie Wayne, a rookie FBI agent who is best friends with main character Kate Macer, played by Emily Blunt.

Sicario focuses on the complicated moral dilemmas that stem from the CIA’s desperate struggle to stop the Mexican cartels, with Emily Blunt’s character stuck in the middle. Josh Brolin and Benicio Del Toro appear as Matt Graver and Alejandro Gillick, two men who are willing to commit crimes and atrocities in order to put an end to the drug trade. To balance out Graver and Gillick, Daniel Kaluuya’s character Reggie Wayne is a morally upstanding figure who is appalled at the underhanded tactics being used by his allies. Kaluuya expertly portrays the character’s loyalty and good nature, making him stand in intentional contrast to the rest of the film’s cast.

Daniel Kaluuya’s first Hollywood starring role, and the film that brought him global attention, was Jordan Peele’s 2017 horror-thriller Get Out. The film, which is Peele’s directorial debut, uses a horror backdrop to tell a story about systemic racism and the Black experience in America. The movie was met with critical acclaim, with specific attention aimed at Daniel Kaluuya’s role as protagonist Chris Washington.

For his role in Get Out, Kaluuya was nominated for an Academy Award and a Golden Globe Award, both for Best Actor. His role as Chris Washington lends additional depth to a film that is full of twists and explores a range of different tones. Kaluuya is able to express fear, humor, and disorientation all at the same time, which benefits the movie’s quick pace. By creating a highly relatable character, Kaluuya adds a ton of tension to an already intense horror thriller.

Daniel Kaluuya took another supporting role in 2018’s Black Panther, appearing in an ensemble cast as Wakandan Border Tribe chief W’Kabi. However, after the unique combination of horror and social commentary found in Get Out, Kaluuya continued the trend with his next starring role in Melina Matsoukas’ Queen & Slim. A sort of modern-day Bonnie and Clyde story, the romantic crime drama tells the story of accidental criminals Queen and Slim. The duo, portrayed by Jodie Turner-Smith and Daniel Kaluuya, are forced to go on the run after a routine traffic stop turns deadly.

There is excellent chemistry between Turner-Smith and Kaluuya, and their rocky relationship drives the movie. Like Get Out, there is also a deeply political side to the film, with the events kicked off by a clear case of attempted police brutality. The resulting manhunt turns Queen and Slim into martyrs, symbols of racial justice, and heroes to those who feel oppressed by law enforcement.

With an already impressive filmography under his belt, Daniel Kaluuya has a number of future projects already in the works. Judas and the Black Messiah, a historical biopic written and directed by Shaka King, is one example of an upcoming work starring Kaluuya. The film will tell the story of Fred Hampton, played by Daniel Kaluuya, a Black Panther Party activist who rose to prominence in 1960s Chicago. The movie will also star Lakeith Stanfield as William O’Neal, a fellow Black Panther Party activist who secretly worked as an informant for the Federal Bureau of Investigation. Fred Hampton’s unjust assassination by the FBI is a fascinating topic for a biopic and fits well within Kaluuya’s established film portfolio.

Daniel Kaluuya has consistently demonstrated the ability to bring heart and emotion to any role. His projects are often social or political in nature, reflecting an interest in spreading a message of justice and equality. With household recognition and a long career ahead of him, Daniel Kaluuya will likely be showing up in interesting new projects for years to come.